What To Watch July 17th To Take Away The Blues 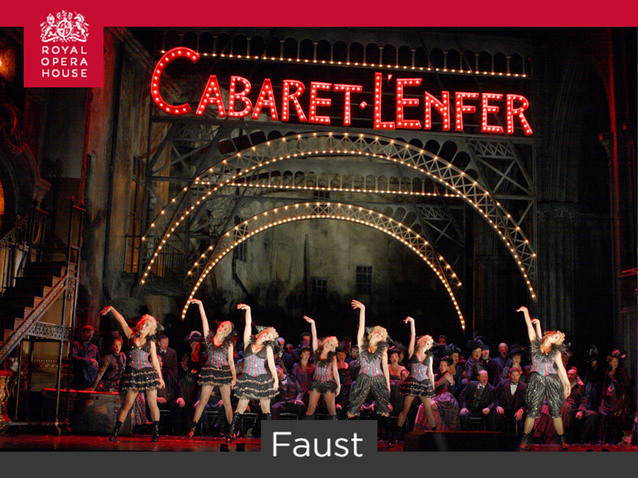 What To Watch July 17th To Take Away The Blues

“We Are Freestyle Love Supreme” Hulu a documentary about the improv theater company co-founded by Lin-Manuel Miranda.

2pm: Faust Gounod’s masterpiece done by the Royal Opera. Stagings by David McVicar is set in Second Empire Paris and draws parallels between the conflicted natures of Faust and Gounod, both of them torn between religious faith and a keen eye for the ladies. Gounod’s Faust (1859) was one of the world’s most popular operas from the 1860s to World War II, and remains a core repertory work. The story, adapted by Gounod’s librettists Jules Barbier and Michel Carré from Carré’s play Faust et Marguerite, is based on Part I of Goethe’s epic poem Faust. The show stars Michael Fabiano as Faust, Irina Lungu Marguerite and Erwin Schrott as Méphistophélès

3pm: Cirque du Soleil Behind the Curtain of the Crystal In this week’s Behind the Curtain #CirqueConnect special, find out how #CirqueduSoleil defies the imagination by combining acrobatics and skating as artists and creators push the boundaries of performance on ice! Watch some of the best live show moments of #CRYSTAL by tuning in this

4pm: Writers Reflect: Alice Birch and Simon Stephens A pair of playwright friends interview each other, sharing stories about their individual processes, and what it means to create while in isolation. Featuring UK-based playwrights Alice Birch (Anatomy of a Suicide) & Simon Stephens (Bluebird).

5pm: Julie Halston: Virtual Halston Broadway actress/comedienne Julie Halston is coming to a laptop near you! After ranting and raving on stages and cocktail parties, the comedy queen will launch “Virtual Halston,” a weekly half-hour gab-fest spotlighting her famous friends. co-stars with Bob the Drag Queen and Shangela on the unscripted series where they visit small cities and towns across America.

8pm: Model Minority Aye Defy Kilroy Series a play by Chloé Hung. Four sheltered Chinese-American teens want to perform an original rap song for their church’s talent show but none of them know how to DJ. When an African-American student answers their flyer, they all must confront their prejudices.

9pm: Evening at Pops: May the Force Be with You, John Williams! Film composer John Williams leads the Pops for the first time as the orchestra’s conductor with special appearances from Hollywood friends including actor Burgess Meredith (The Reivers) and Star Warscharacters R2-D2 and C-3PO.