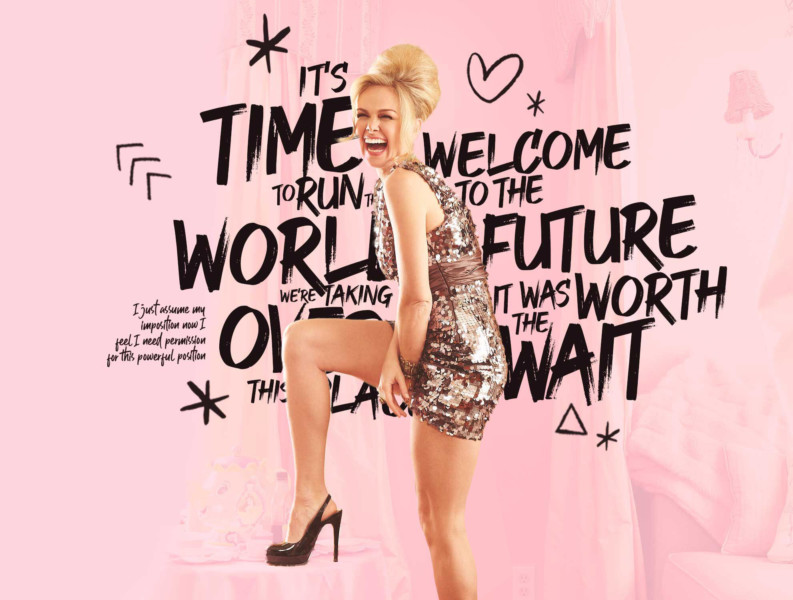 5pm: Master Class With Laura Bell Bundy There are very few spots are available to sing your song for Laura. Students will get feedback and have the opportunity to try out their song another time following critiques.

Tickets are also on sale for those wishing to audit (observe only) the class. Those participants will not be able to interact with Laura Bell Bundy during the class, or perform for her, but may ask questions to answer during the Q&A.

At the age of 9 years old, Laura Bell had her stage debut in Radio City Music Hall’s Christmas Spectacular. Since then she has originated the stage roles of Tina in Ruthless (Outer Critics/ Drama Desk Nominations), Amber in Broadway’s Hairspray , Elle Woods in Legally Blonde The Musical (Tony Nomination), played Glinda in Wicked and recently received an Ovation nomination for her role of Charity in Reprise 2.0’s ‘Sweet Charity.’

She’s appeared in over 100 hundred episodes of Television including roles on Perfect Harmony, Good Behavior, American Gods, How I Met Your Mother, The Guest Book, Angie Tribeca, Idiotsitter, Hart of Dixie, Fuller House, Documentary Now, AJ & The Queen, and Anger Management, and over a dozen television pilots that were not picked up! Films include Dream Girls, Jumanji, Life With Mikey, Adventures of Huck Finn, After The Reality, and the award winning Beauty Mark among others.

Bundy’s production company, LBBTV was founded to forge her own creative path, launching successful sketch comedy web series Cooter County (think HEE HAW set in a dilapidated southern meth town) & Skits-O-Frenic (a musical variety web series) with millions of views on Youtube including her comedy song “You Can’t Pray The Gay Away.” She has directed over 30 sketches and music videos. Laura Bell developed Mashville for Netflix as creator, composer and lyricist and Girl Time — a women’s history sketch comedy show for Free Form as creator, writer and executive producer.

Laura Bell has toured in concert worldwide since 2010. She’s penned hundreds of songs as an EMI/Sony songwriter (2009-2016) while living in Nashville including her Universal Records album, Achin’ & Shakin’ which debuted on Billboard’s Top 5 Country Music Chart. She was nominated for CMT Breakout Video for Giddy On Up. Her Big Machine album “Another Piece Of Me” received rave reviews in 2015 with all four music videos written, directed, & produced by Bundy. Her music has been featured in several video games including Just Dance 3, Just Dance Now, and Guitar Hero. Her upcoming album and podcast (on Broadway Podcast Network ‘Women Of Tomorrow’ delves into issues women are facing today and has been featured in Huffington Post, Forbes, People.com, Parade.com American Songwriter Magazine, Playbill.com, BroadwayWorld.com and others.

LBB is the founder of Double Standards, a non-profit that supports the equal treatment of women.

7:30pm: Mozart’s Le Nozze di Figaro This immortal opera, based on a scandalous Beaumarchais play banned in the composer’s own time, delivers a parade of brilliant and memorable numbers, and is at once a riotous comedy of class and sexual politics and an incisive, still-relevant social commentary. Constructed around an upstairs-downstairs narrative, it makes ingenious dramatic use of tangled love interests, interwoven deceptions, and slapstick farce, marshals a large ensemble cast of distinctive characters, and wraps it all in Mozart’s sublime music.

WriterSeptember 30, 2022
Read More
Scroll for more
Tap
Absurdist Fun With The Wake of Dorcas Kelly
All Those Magnificent Streamed Stories That Live Inside Georgie: My Adventures of George Rose