What to Watch: July 2 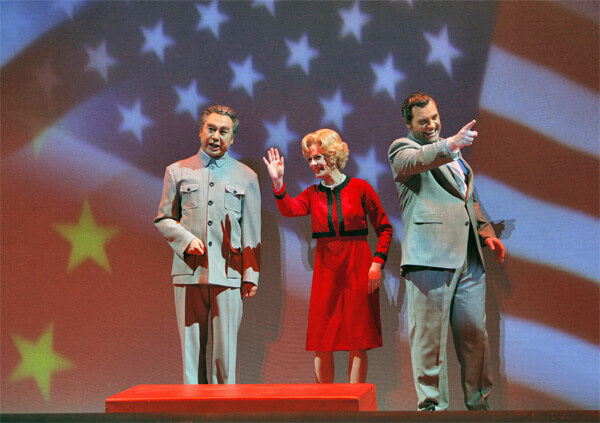 What to Watch: July 2

7:30pm: John Adams’s Nixon in China President Nixon’s controversial 1972 visit with Chairman Mao in Beijing might seem an unlikely candidate for an operatic retelling, but in the inspired hands of composer John Adams, the meeting of politics and music not only works, it feels essential. The Met’s landmark staging brought together a host of modern luminaries, including director Peter Sellars and choreographer Mark Morris, who vividly capture the tense mood of the historical moment. A must-see for those who like their opera thought provoking, sensational, and true to life.

Marys Seacole through July 4 Quincy Tyler Bernstine stars in Jackie Sibblies Drury’s play about an ambitious Jamaican woman determined to live a grand life, whose adventures take her across oceans and eras. Directed by Lileana Blain-Cruz, the production was filmed Off-Broadway at the Claire Tow Theater in 2019.