What To Watch July 22th To Take Away The Blues 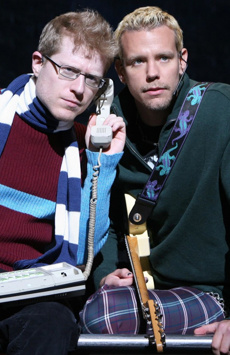 What To Watch July 22th To Take Away The Blues

1pm: Folksbiene LIVE: Maida Feingold Living Room Concert: Sing Out For Peace and Justice Versatile Soprano Rachel Policar starred as Goldele in the Off-Broadway debut of Folksbiene’s Drama Desk-nominated The Golden Bride. Her concert will be performed in Yiddish and Hebrew, all with English supertitles.

1pm: Primary Stages Lunch and Learn with Caroline Aaron The playwright will host a free hour-long writing workshop with prompts to get your ideas on the page so you can connect while creating new material and keep your skills sharp. After the workshop, stay online with each other via our platform to eat your lunch together virtually and chat about what you’ve written!

British actor and director Robert Myles launched The Show Must Go Online, a weekly online reading group—performed by actors via Zoom and live streamed on YouTube—that works through Shakespeare’s plays in the order they were written.

3pm and 7pm: The Weir By Irish Repertory Theatre In a remote country pub in Ireland, newcomer Valerie arrives and becomes spellbound by an evening of ghostly stories told by the local bachelors who drink there. With a whiff of sexual tension in the air and the wind whistling outside, what starts out as blarney soon turns dark as the tales drift into the realm of the supernatural. Then, Valerie reveals a startling story of her own….

4pm: Why We Do It: Clint Ramos joins The New Group Founding Artistic Director Scott Elliott for a conversation about theatre and performance.

Since we’ve been thinking about “why we do what we do”, we’ve asked some of our immediate community of artists to join us for creative conversations that explore what continues to draw them to the theater, touchstones in their theater careers and what hopes they have going forward.

Immediately following the free “Why We Do It” conversations, audiences are invited to keep the insightful conversation going over virtual drinks with these artists via Q&A in “Drinks With,” an intimate scale Zoom setting, with a very limited number of participants, moderated by Scott Elliott.  Original drink recipes curated by Sammi Katz, creator of A Girl’s Guide to Drinking Alone (AGirlsGuidetoDrinkingAlone.com).  Please visit TheNewGroup.org/why-we-do-it to register and make a donation for the “Drinks With” events only, available for a $50 tax-deductible donation per participant per talk.

7pm: Visitors in the Dark Charles Busch’s latest campy comedy tells the story of four women living together in a Greenwich Village tenement (cast includes Busch and usual co-conspirator Julie Halston) who suspect that space aliens may be involved in the 1965 blackout.

Inspired by the events of 9/11, Tony geared his entire childhood towards enlisting in the Marines on his 18th birthday. Yet when he did, Tony was devastated to learn his parents had not been honest with him and that he was an undocumented immigrant, unable to realize his dream. ¡Americano! casts a profoundly human light on what it means to be a Dreamer.

Jullian Hornik’s bio-musical Tenn follows the early years of playwright Tennessee Williams living in St. Louis and New Orleans. Performing numbers are Christian Probst (The Book of Mormon) and Bandits on the Run.

7pm: Hastings Street Virtual Concert By Plowshares Theatre Company Michigan’s only professional African American Theatre, Plowshares Theatre Company, presents a virtual concert of songs from an original musical set in Detroit past. The play, Hastings Street, is a work in progress set in 1949 at the cusp of the order to tear down Black Bottom, the segregated Black community that was once where I-75 is now.

Sporting a book by local artists John Sloan III with a score written by Sloan and Kris Johnson, Hastings Street, explores the lives of Detroiters at a moment when the city was rewriting the landscape and displacing thousands of African Americans in the name of progress. The story follows the experiences of the Carson Family as they navigate issues of being uprooted on a personal and communal basis.

7:30pm: Verdi’s Macbeth The plot may be focused on the eponymous Scottish king, but Verdi’s high-flying take on Shakespeare’s drama boasts three powerhouse arias for Lady Macbeth, making it a signature showpiece for divas at the very top of their game. Drawing equally on showstopping vocal virtuosity and deftly crafted drama, Verdi’s version of this tale of intrigue and power will keep you on the edge of your seat for all four razor-sharp acts.

7:30pm Colonial and My Emancipation Pregones/PRTT The latest works-in-progress from the Remojo 2020 festival.In “Colonial” by Joel Perez (Fun Home), a man inheriting a colonial house in Old San Juan, discovers a box of journals kept by his grandmother which uncover the truth about his family and the part they played in the failed Puerto Rican Nationalist Party revolts in the 1950’s. “My Emancipation,” written and performed by Cedric Leiba, Jr., explores LGBTQ themes.