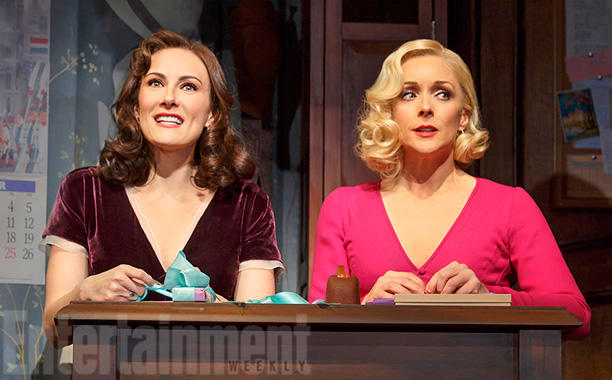 1pm: StillHERE Online: Queen of the Nile Born out of the news of journalist Lara Logan’s sexual assault in Egypt, Queen of the Nile is a soundscape performance – an inquiry that explores everyday absorption of cataclysmic trauma. This hybrid utilizes extended vocal techniques, spoken word, tonal chorus, vocal landscapes, incantations and musical harmonies, and merges original and adapted text from Logan’s interviews, media posts and Shakespeare’s Antony and Cleopatra.

2pm: Broadway Weekends: Lily James a 90 minute class, Lily will lead you through her very own pre-show warmup – the same she used every night before going on stage for All About Eve on the West End! There will then be individual monologue coaching for four participants.

3pm: Toruk Cirque du Soleil, inspired by the James Cameron film “Avatar.” TORUK – The First Flight, get transported to a mysterious island governed by Goddesses with Amaluna, and enjoy fan-favorite acrobatics from Dralion!

5pm: Julie Halston: Virtual Halston Broadway actress/comedienne Julie Halston is coming to a laptop near you! After ranting and raving on stages and cocktail parties, the comedy queen will launch “Virtual Halston,” a weekly half-hour gab-fest spotlighting her famous friends. This week it’s stage and screen star Marilu Henner (Taxi, Gettin’ The Band Back Together, Grease) and Broadway artist Justin Squigs Robertson.

7pm: Mambo Sauce The New Group. Part of the Facing the Rising Tide digital festival of plays, Daniella De Jesús writes about strange doings at the zoo on Cargill Island.

Fair Count partners with hard-to-count (HTC) communities to achieve a fair and accurate count of all people in the nation in the 2020 Census and strengthen the pathways to greater civic participation.

7:30pm: Verdi’s Falstaff Verdi finished his sublime final opera when he was almost 80 years old, capping a fruitful career with a bawdy adaptation of scenes from Shakespeare’s The Merry Wives of Windsor and Henry IV. His classic operatic farce charts a knight’s gold-digging efforts to seduce two married women, leading to belly-flopping failure on both counts. The score, meanwhile, is a complete tour de force, demonstrating the old master’s still-youthful panache, as well as his profound insight into human nature.

The Virtual Mock Trial presents an appellate argument before a panel of judges, based on a legal issue arising out of a re-imagined plot point from A Midsummer Night’s Dream. In a case of art imitating life, the scenario from the Bard’s comedy focuses on a canceled performance of Pyramus and Thisbe and the legitimacy of the force majeure clause. Expect Shakespearean puns, judges donning their best robes, political jokes, and even an understanding of Athenian law.

Tickets are $25 for general admission, $10 for law clerks, and free for current students. Click here for more information.

The special stars attorney Kathryn Ruemmler as the Petitioner for Theseus, the Duke of Athens,  who lost expected revenue after the canceled performances, and paid an advance to the acting company of Rude Mechanicals.

Defense and trial lawyer Abbe Lowell acts as the respondent for the playing company, contending that turning the lead actor into a donkey is indeed an act of God and they should not be liable for any losses.

8pm: The Weir By Irish Repertory Theatre In a remote country pub in Ireland, newcomer Valerie arrives and becomes spellbound by an evening of ghostly stories told by the local bachelors who drink there. With a whiff of sexual tension in the air and the wind whistling outside, what starts out as blarney soon turns dark as the tales drift into the realm of the supernatural. Then, Valerie reveals a startling story of her own….

8pm: Ole White Sugah Daddy Aye Defy’s Kilroys Series by Obehi Janice. A young Black female coder wrestles with love, identity, and the tension between striving and thriving as she tries to get her startup off the ground. How can you fully be yourself in spaces where no one can see all the sides of you.

8pm: Beginning Days of True Jubilation by Mona Mansour conceived by Society theater troupe with New Ohio Theater. An inaugural entry of the newly online Ice Factory Festival. It tells the story of the early euphoria of a new start-up through to its epic crash and burn.

8pm: over easy She NYC Theater Festival Abaigeal O’Donnell’s play follows four egg donors from recruitment to extraction, as they learn that donating eggs is not always what it’s cracked up to be.

9pm: Evening at Pops: John & Bonnie: First Raitt Pops By PBS John Williams leads the Boston Pops in a concert highlighted by John and Bonnie Raitt in the father and daughter’s first joint television performance, with an appearance by Nashville fiddler Mark O’Connor.

9pm: Under 30 Lab: Job By IAMA In downtown San Francisco, a young woman holds a gun to her therapists head. How did it come to this? The answer is complicated but it involves Google, Xanax, grizzly bears, performative activism, the state of Wisconsin, gaslighting, and what it means to have a job in 2020.

Job, was written by Max Wolf Friedlich and directed by Casey Stangl and is part of IAMA’s Under 30 Playwrights Lab Series

Genevieve Rafter KeddyJune 22, 2022
Read More
Scroll for more
Tap
Broadway On Demand Puts Broadway Back To Work
How To Setup Model Trains In Your Home