What To Watch July 25th To Take Away The Blues 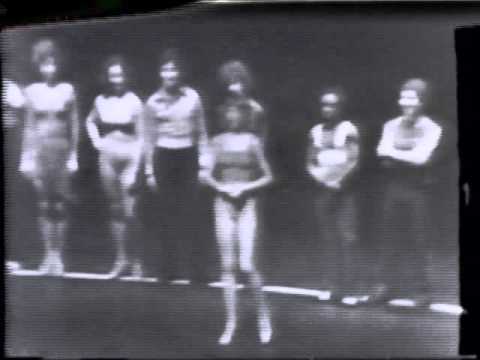 What To Watch July 25th To Take Away The Blues

11am: LAO at Home: Der Ring des Nibelungen By LA Opera A marathon all-day audio stream of Wagner’s epic Der Ring des Nibelungen commemorates the ten-year anniversary of the company’s first Ring cycle. Conducted by Music Director James Conlon, the Ring cycle will be featured in a back-to-back audio stream of all four operas: Das Rheingold at 11 AM ET; Die Walküre at 2 PM ET; Siegfried at 6 PM ET; and Götterdämmerung at 10 PM ET.

2pm Plays in the House: Misalliance with Seth Rudetsky and producer James Wesley. Shaw’s comedy explores a variety of mating combinations. The social and the political collide with the romantic and the practical; the aristocrats take on the middle classes and vice versa, and-to top it all off there’s a glamorous lady aviatrix and a tipsy gun-toting socialist loose on the grounds! Directed and narrated by David Staller, it will feature Marc delaCruz, Dan Domingues, Midori Francis, Peter Francis James, Teresa Avia Lim, Jamie Sanders, Thom Sesma, Ryan Spahn, and Sharon Washington.

The Virtual Mock Trial presents an appellate argument before a panel of judges, based on a legal issue arising out of a re-imagined plot point from A Midsummer Night’s Dream. In a case of art imitating life, the scenario from the Bard’s comedy focuses on a canceled performance of Pyramus and Thisbe and the legitimacy of the force majeure clause. Expect Shakespearean puns, judges donning their best robes, political jokes, and even an understanding of Athenian law.

Tickets are $25 for general admission, $10 for law clerks, and free for current students. Click here for more information.

The special stars attorney Kathryn Ruemmler as the Petitioner for Theseus, the Duke of Athens,  who lost expected revenue after the canceled performances, and paid an advance to the acting company of Rude Mechanicals.

Defense and trial lawyer Abbe Lowell acts as the respondent for the playing company, contending that turning the lead actor into a donkey is indeed an act of God and they should not be liable for any losses.

In 2020, but not our 2020, an incumbent female president’s re-election is challenged by a young upstart – a millennial gay mayor. Meanwhile, in Los Angeles, a group of friends are torn apart when one of their own becomes the candidate’s prospective first gentlemen.

Fast Acting Gentleman, written by Ken Greller and directed by Colleen Labella, is part of IAMA’s Under 30 Playwrights Lab Series.

3pm: The Weir By Irish Repertory Theatre In a remote country pub in Ireland, newcomer Valerie arrives and becomes spellbound by an evening of ghostly stories told by the local bachelors who drink there. With a whiff of sexual tension in the air and the wind whistling outside, what starts out as blarney soon turns dark as the tales drift into the realm of the supernatural. Then, Valerie reveals a startling story of her own….

4pm: Lanka in the Clouds By The Tank by Kanishk Pandey is a show featuring puppets made from garbage and storytelling inspired by the Panchatantra, adapted to fit an environmental/immigrant storyline. This performance is part of The Tank’s TrashFest 2020.

5pm: Knife to the Heart Play-PerView In this play by Stan Zimmerman and Christian McLaughlin, Julie Ann and Marshall are expecting their first baby—with Marshall’s mother Rhonda hovering over them and Julie Ann’s fellow teacher Deacon providing moral support. Everything’s going smoothly until Julie Ann accidentally learns just what exactly the bris Rhonda’s planning involves, and all good will and politeness dissolve.

7:30pm: Strauss’s Der Rosenkavalier After scandalizing the opera world with Salome and Elektra—a pair of stark, psychoanalytic portraits of biblical and ancient Greek heroines—Strauss composed this modern drawing-room comedy to great popular acclaim. The work, which follows the sexual indiscretions and romantic entanglements of several aristocratic characters, presents love, desire, and nobility as distinctly double-sided coins: coming-of-age discovery vs. the wisdom of aging, and the thrill of pursuing new desires vs. noble self-sacrifice for the greater good. The score draws on a rich orchestral palette that would come to define the composer’s mature work.

8pm: Stars in the House: A Chorus Line Reunion by Seth Rudetsky and producer James Wesley.

8pm: Under 30 Lab: Tremor By IAMA When Charlotte’s sister has a baby, her family comes together to plan the bris. Tremor, written by Madeline Hendricks and directed by Margaux Susi, is part of IAMA’s Under 30 Playwrights Lab Series.

8pm: Rule of 7×7: Summer Edition By The Tank This an ongoing series that premieres 7 brand-new 10 minute plays by 7 different writers. For each show, every playwright comes up with one rule, then the 7 playwrights create new plays using all 7 rules. Some past rules have been: “Bright sunshine.” and “Somewhere on page one: a back-handed compliment, followed by ten seconds of silence.” and “‘This reminds me of the time I (an action) with (a person).'”

9pm: John Lloyd Young in Concert By The Space Las Vegas The Space in Las Vegas continues its Live Streaming Digital Concerts with Tony Award Winner John Lloyd Young. Star of the hit musical Jersey Boys on both Broadway and the Clint Eastwood-directed film, Mr. Young is set to grace the stage for a one night only live stream pay per view concert.

Kicking off the festival programming will be Beginning Days of True Jubilation. Written by Mona Mansour (The Vagrant Trilogy) and directed by Scott Illingworth, the new piece is conceived by Society, the newly launched ensemble-based company that uses a method of rigorous research, improvisation, and discussion to make theatre.

Adapted for Zoom, Beginning Days of True Jubilation is a satirical journey through the cult-like, group-think of winner-take-all capitalism, from the early euphoria of a new start-up through its epic crash and burn. Performances will be July 24–26.