What To Watch July 26th To Take Away The Blues 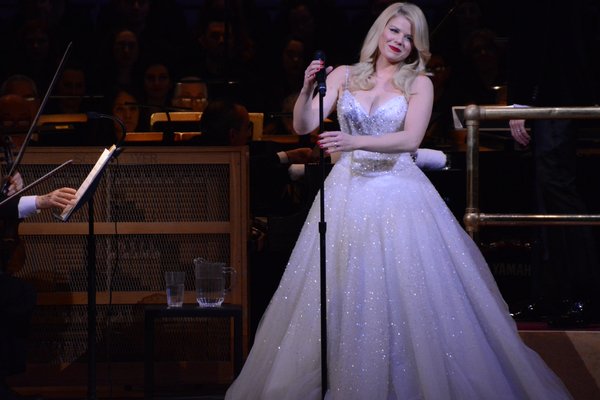 What To Watch July 26th To Take Away The Blues

photo’s of Megan Hilty are by Genevieve Rafter Keddy

10:30am: Other Than We Columbia University Earth Institute The reading of a play written and directed by Karen Malpede about life after the “Deluge,” when the privileged live in a hermetically sealed Dome, and a quartet of rebels engage in “an unlikely plot to create a new, post-Homo sapiens species.”

2pm: In These Uncertain Times a digitally-devised theatre performance, made specifically for its medium. It is a new dramaturgy defined by dystopia, and it is a love letter to the art of theatre. Stemming from a group of artists wondering if COVID-19 is the death of theatre as we know it, a tragicomic, Chekhovian Zoom performance. From drinking competitions, sad Chekhov monologues, and corona-virus meme collages, grieving for the past.

The piece was created by Source Material collective, the members of which are currently quarantined all over the country.

Director Samantha Shay had the cast give her virtual tours of their homes, to figure out how to best utilize their shared resources. They also plan to utilize different aspects of the Zoom platform itself, including the chat box. I have yet to see anything that addresses this moment in this way, and I think this piece is an innovative addition to the ongoing question of what theatre is and what theatre could be in the future.

6pm: Pieces of the Moon mark the 51st anniversary of the U.S. landing on the moon July 20 when Hammer Theatre Center and One Year Lease Theater Company (OYL) partner for a special presentation, a timely and compelling new play by Nick Flint adapted for radio, making its world premiere via live stream.

This theatrical jazz riff explores the rise of the Black Arts Movement alongside the Apollo 11 mission which landed the first person on the moon, told from the perspective of “godfather of rap” Gil Scott-Heron.

Shaw plays the lead role of Southern vixen Regina Giddens, memorably played by Bette Davis in the classic 1941 film. Shaw played Davis in the one woman play, All About Bette.

7pm: Your Blues Aint Sweet Like Mine Two River Theater Ruben Santiago-Hudson directs a Zoom reading of one-act play, which explores America’s racial divide through the relationship between Zeke, “a walking outburst,” and Judith, “a seeker of truth.” Some of the original 2015 world premiere cast reunites for the reading, including Brandon J. Dirden, Andrew Hovelson, Merritt Janson, and Rosalyn Ruff, with Glynn Turman coming on to play the role of Zebedee.

7pm: Pouf She NYC Theater Festival Lou Clyde’s comedy about an unfulfilled housewife in 1958 who secretly sets up an in-home salon.

7:30: Puccini’s La Fanciulla del West Though less familiar than Puccini’s greatest hits, this action-packed tribute to the American Wild West, which received its world premiere at the Met in 1910, is every bit as compelling. Its sweeping, evocative score deftly captures the feel of a Gold Rush–era mining camp—the perfect place for a sweet-talkin’ bandit to fall for a gun-totin’ bar owner with an enormous soprano voice and a heart of gold.

The Highland Park Players, Big Noise Theatre, Big Deal Productions, and Music on Stage will each form their own team to go head-to-head in a weekly episode in which fans can choose which songs are performed.

7pm: The Seth Concert Series: Megan Hilty performs highlights from some of her biggest roles.

Hilty made her Broadway debut as Glinda in Wicked joining the production in 2005. She would return to the Great White Way in 2009, starring in 9 to 5 as Doralee Rhodes. Hilty was last on the Broadway stage Noises Off as Brooke Ashton, in a performance that earned her a Tony nomination for Best Featured Actress in a Play.

In addition to her stage career, Hilty is known for her work in screen including her performance as Ivy Lynn in Smash, Patsy Cline in Patsy & Loretta, and more.

The Seth Concert Series is hosted by Sirius XM host and Playbill contributor Seth Rudetsky. While normally held in Provincetown, Massachusetts, under the Broadway @ Art House banner, the erformances will be held indoors from the stars’ homes due to the COVID-19 pandemic.

8pm: Under 30 Lab: Catholic All Girls School By IAMA An overachieving high schooler at Miami’s most prestigious Catholic all girls school has the perfect plan to get into her dream college, until an attractive, young, ex-priest is hired as her new ethics teacher and begins to dismantle all she knows about right and wrong and falling in love.

Catholic All Girls School, written by Adriana Santos and directed by Kate Sullivan, is part of IAMA’s Under 30 Playwrights Lab Series.

8pm: Rule of 7×7: Summer Edition By The Tank This an ongoing series that premieres 7 brand-new 10 minute plays by 7 different writers. For each show, every playwright comes up with one rule, then the 7 playwrights create new plays using all 7 rules. Some past rules have been: “Bright sunshine.” and “Somewhere on page one: a back-handed compliment, followed by ten seconds of silence.” and “‘This reminds me of the time I (an action) with (a person).’”

Kicking off the festival programming will be Beginning Days of True Jubilation. Written by Mona Mansour (The Vagrant Trilogy) and directed by Scott Illingworth, the new piece is conceived by Society, the newly launched ensemble-based company that uses a method of rigorous research, improvisation, and discussion to make theatre.

Adapted for Zoom, Beginning Days of True Jubilation is a satirical journey through the cult-like, group-think of winner-take-all capitalism, from the early euphoria of a new start-up through its epic crash and burn. Performances will be July 24–26.

8pm: You and Me and the Space Between / Are You Still? is written by Jack Spagnola and directed by Ryan Dobrin. Mark Feuerstein (Royal Pains, The West Wing) and Michaela Watkins (Big Mouth, SNL) play a couple meeting on a blind date.

The piece is presented as part of Playdate Theater Company’s Playdate’s first virtual play festival and fundraiser Find A Way Or Make One.

Tickets also include a performance of Are You Still? by Lauren D’Errico, directed by Britt Berke and Miles Shebar.

The play follows Em, stuck at home during pandemic times, as she resists the ever-present siren call from The Internet to keep scrolling, watching, and browsing through all of her waking hours.

Stephen SorokoffSeptember 25, 2022
Read More
Scroll for more
Tap
The Glorious Corner
What To Watch July 27th To Take Away The Blues