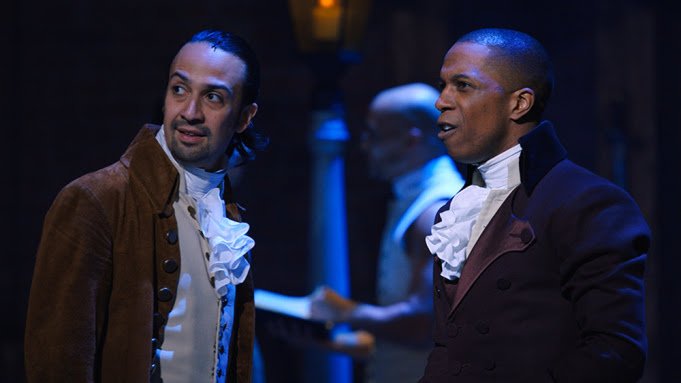 “Smiling” is one of the new songs Morissette wrote for the Broadway musical.

THE COPPER CHILDREN from OSF on Vimeo.

The Copper Children Oregon Shakespeare Festival. Available through July 15. This is their first submission onto the streaming circuit. This summer festival presents a play from their canceled season by Karen Zacarias about the “trial of the century” custody case that grew out of true history of “orphan trains” that transported immigrant children (mostly Irish) to homes in the West. The full production filmed on OSF stage during its short runs earlier this year. 48 hour rental $15

Steppin Forward Virtually to Celebrate the Music of the Legendary Neil Sedaka”  Due to popular demand this concert will stream all through July. Krystin Goodwin, TV/Film actress and Fox reporter serves as host. The concert features 17 artists, in 15 performances written by Neil Sedaka with either Howard Greenfield or Phil Cody. Neil Sedaka will lead off the concert with a special, introductory message from home. Look for Renn Woods (You Mean Everything To Me), Justin Senense (I Go Ape), Paola Morales (The Immigrant), Denise Kara (Calendar Girl), Soara-Joye Ross (The Hungry Years), Xiaoqing (Mao) Zhang (Stupid Cupid), Emma Campbell (My Friend), Nina Martinez (Happy Birthday Sweet Sixteen), Kea Chan (Where The Boys Are), Kayla Merrow (The Diary), Mitch Week (Rosemary Blue), Pat Labez (Run Samson Run), Anthony Salvador Lewis (Breaking Up Is Hard To Do), Gloria Papin (Solitaire), Marissa Mulder and Jon Weber (Love Will Keep Us Together).

2pm: Official Les Blancs by Lorraine Hansberry. Free National Theatre at Home. An African country teeters on the edge of civil war. A society prepares to drive out its colonial present and claim an independent future. Tshembe, returned home from England for his father’s funeral, finds himself in the eye of the storm. A brave, illuminating and powerful work that confronts the hope and tragedy of revolution. Les Blancs was filmed for the National Theatre Archive in 2016. It is subtitled.

Les Blancs marked the National Theatre debut of the multi-award-winning director Yaël Farber, whose productions include The Crucible (Old Vic) and the internationally acclaimed Mies Julie and Nirbhaya. This production is adapted by Robert Nemiroff and the restored text directed by Joi Gresham. Presented in memory of Nofenishala Mvotyo, who played friction drum (masengwana) in Les Blancs and was a preserver of the Xhosa culture, as well as an ambassador of the split-toned, throat deep sounds that normally echo in the mountains of Ngqoko.

3pm: Lungs By Old Vic Claire Foy and Matt Smith reunited Duncan Macmillan’s Lungs, Foy and Smith, co-starred as Queen Elizabeth II and Prince Phillip in the first two seasons of Netflix‘s The Crown. In Lungs they portray a couple grappling with the decision to bring a child into today‘s world. The ticketed production, directed by Matthew Warchus, is performed live in front of a camera for up to 1,000 patrons to watch remotely. Todays performance is sold out but tickets are available for July 3 – 4 and tickets range from $20 – $65

4:30pm: Playbill’s Stream Stealers: Dan Fogler The stage and screen star played William Barfée in The 25th Annual Putnam County Spelling Bee. More recently, Fogler has been seen on the big screen in the first two installments of Fantastic Beasts and Where to Find Them. He also plays Luke in The Walking Dead. The performer will also star in the upcoming film The Argument.

6:pm: Uhuru by Gloria Majule, Mshale, a Mount Kilimanjaro tour guide, dreams of marrying a white woman and moving to the West. Sprite hates white people and sets out to decolonize what he deems “his mountain”. Henry and Frannie are white missionaries who claim to be Tanzanian. As the four journey up to the roof of Africa, the looming ghost of colonialism dictates who gets to reach the peak, and who gets left behind. Aye Defy’s Story Space. Tickets $5 – $25

The special will air on SiriusXM on Broadway (Channel 72) and Stars (Channel 109) and be available on demand.

Hosted by SiriusXM’s Seth Rudetsky, via Zoom as they recall their favorite memories and mishaps of the show, the impact of the founding fathers and seeing the musical through the lens of current events, and the upcoming live-capture film “Hamilton” which premieres worldwide on Disney+ on July 3.

7pm: Stratford Festival: Antony and Cleopatra! The steamy story of a midlife affair that shook the foundations of the ancient world comes to vivid life in Shakespeare’s Antony and Cleopatra. Led by an “excellent cast,” this production paints an unforgettable landscape depicting the devastation wrought by the heart’s transgressions.

7pm: Ailey All Access: Lazarus Hip-Hop pioneer Rennie Harris’ Lazarus, a work inspired by the life and legacy of Mr. Ailey, will re-stream in its entirety for a week. This powerful ensemble work addresses the racial inequities America faced when Mr. Ailey founded Alvin Ailey American Dance Theater in 1958 and still faces today. The Company’s first two-act ballet, Lazarus is set to a multifaceted soundtrack produced by Darrin Ross, with his original music, and featuring Nina Simone, Terrence Trent D’Arby, Michael Kiwanuka, Odetta, spoken text written and adapted by Rennie Harris that is performed by Wadud Ahmad, Rennie Harris, as well as the voice of Alvin Ailey.

7:30pm: Bizet’s CarmenEven people who have never set foot in an opera house know the music of Carmen, Bizet’s iconic tale of the irresistible and free-spirited Gypsy, whose fatal attraction with the jealous soldier Don José burns too hot for them to control. The heart-pounding action and parade of energetic, toe-tapping melodies make the acts fly by and ensure that the work stays with you long after the curtain comes down.

8pm: Stars in the House with Seth Rudetsky. TBA

8pm: LAO at Home: The Marriage of Figaro 2015 “Figaro Trilogy” continues with Mozart’s The Marriage of Figaro, conducted by Music Director James Conlon and featuring Roberto Tagliavini and Pretty Yende as Figaro and Susanna, with Ryan McKinny and Guanqun Yu as Count and Countess Almaviva.