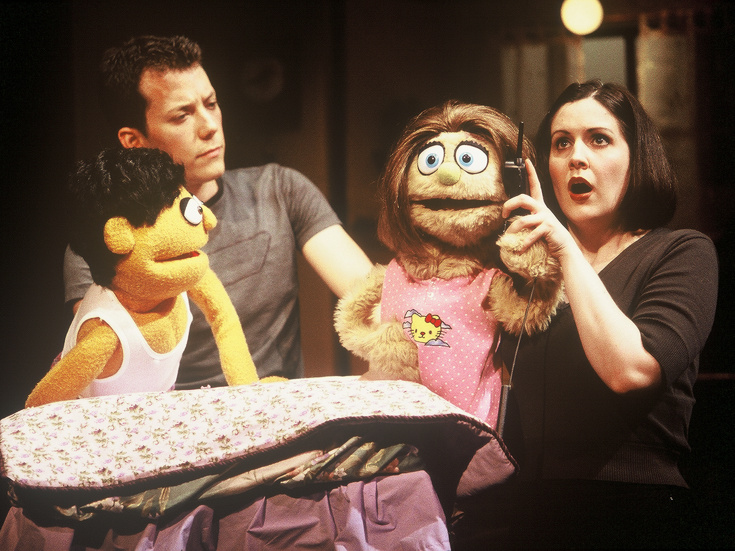 2:30: The Secret Love Life of Ophelia Greenwich Theatre. A large cast reads the love letters between Hamlet and Ophelia in this play by Steven Berkoff with a special appearance by Helen Mirren as Gertrude.

3pm: Best of Juggling Amalubuna, Totem, Kooza and More Cirque du Soleil, invites you to join them for the BEST OF Juggling! Let us amaze you by watching these jugglers’ skills, and witness the adrenaline they experience every time they perform in front of an audience!

Creator’s Cut is a Watch-Party-meets-Master-Class. View selections from past Atlantic productions alongside the intrepid artists who built the world, and then stick around as they discuss transforming the work from a 2D page to the live stage!

4pm: Studies in Puppetry Form Workshop: Final Presentation By La Mama. Studies in Puppet Form and Performance introduces participants to the use of puppetry and storytelling. Participants make a puppet and learned to manipulate them to tell a story.

After 4 months (three of which were via zoom) of weekly meeting they developed a short puppet piece, which you are invited to watch live.

5pm: Julie Halston: Virtual Halston Broadway actress/comedienne Julie Halston is coming to a laptop near you! After ranting and raving on stages and cocktail parties, the comedy queen will launch “Virtual Halston,” a weekly half-hour gab-fest spotlighting her famous friends. This week

5:30: Centerstage with Healthcare Heroes: Caring For Your Voice with Telly Leung By Playbill. A new live interview series Centerstage with Healthcare Heroes will pair Broadway favorites with physicians from Weill Cornell Medicine to explore the intersection of health, wellness, and theatre. The streams, presented by Playbill in partnership with WCM, will allow audiences to interact with the performers and healthcare professionals via a virtual Q&A.

The series kicks off July 31 with Telly Leung (Aladdin, Allegiance, Glee), who will speak with three voice physicians from the Sean Parker Institute for the Voice on vocal care.

7:30pm: Dvořák’s Rusalka A cornerstone of Czech opera, Dvořák’s dark and melodious take on the old Slavic yarn about a water nymph who falls in love with a human entered the repertoire in 1901. In recent decades, it has become a staple for lyric sopranos, who relish the title role’s spellbinding Song to the Moon in the first act—although the greatest challenge might be the nymph’s silent second act, after the love-struck Rusalka trades her voice to a scenery-chewing witch for the chance to become human.

8pm: The Pride of Lions, with Peppermint, Drew Droege, Garrett Clayton, More Dixon Place HOT! Festival presents an exclusive virtual performance of an extended excerpt from The Pride of Lions directed and produced by Lovell Holder with a portion of proceeds benefiting The Okra Project.

The presentation is also produced by Adam Hyndman with original music by David Gonzalez and editing by Sara Martin.

9pm: Word Up!  Join The Old Globe’s online roster of programming. More of a gathering than a show or a class, Word Up! is a digital opportunity for community members to connect with each other. Every Friday night, join Arts Engagement Programs Manager and host Laura Zablit for a fun, festive word-based collaboration between audience and artist. This Mad Libs–style communal storytelling will feature a new performing artist every week, as well as special community guests from around San Diego.