What To Watch June 12th To Take Away The Blues 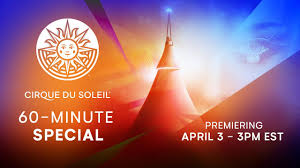 What To Watch June 12th To Take Away The Blues

Ilene Kristen, starred as Patty Simcox in the original Broadway cast of Grease, and daytime television legend as the devious Delia on “Ryan’s Hope” and the feisty Roxanne “Foxy Roxy” Balsom on “One Life to Live,” where she garnered two Daytime Emmy nominations, is this week’s special guest on New York City-based actor and cabaret performer Stephen S. Miller’s “The Mama Rose Show.” Kristen reveals the many monumental moments of her career with Mama Rose from her work in Grease as well as playing the character of Leona Helmsley in the Broadway musical Mayor with Nancy Giles (“CBS Sunday Morning” contributor), to her work in films including “Why Would I Lie?” with Treat Williams, as well as her love of music performing throughout New York City and recording her album “I’m Not Done With U Yet” (available on Amazon  and Apple Music). Kristen also dishes with Mama Rose about her role as Dolly Faye in the new LogoTV pilot “Mélange” created and written by Tom D’Angora, starring Morgan Fairchild and directed by Gary Donatelli, who makes a cameo at the end of this week’s new episode of “The Mama Rose Show,” which can be watched here.

2pm: The Shows Must Go On!: The Wiz Live! “The Wiz Live!” brings the wonderful world of Oz to life like never before, featuring a star-studded cast of performers and the awe-inspiring Cirque du Soleil Theatrical. Whisked away from home by a tornado, young Dorothy finds herself transported to the magical Land of Oz, where she sets off on a quest to meet the powerful Wizard and find her way back home. Crossing paths with enchanting friends and wicked foes, Dorothy’s journey is a timeless tale about friendship, courage and learning to believe in oneself. Starring Queen Latifah, Mary J. Blige, Uzo Aduba, Ne-Yo, and a host of other talented performers, “The Wiz Live!” invites viewers of all ages to ease on down the yellow brick road for a vibrant musical adventure unlike any other.

On Seth Rudetsky fabulous series Stars in the House the show that has two performances everyday. At 2pm: University of Michigan Young Alumni. At 8pm: Cats Original Broadway Cast reunion with Betty Buckley and Ken Page

3pm: Sheen Center: Poetry In America—Live: “Finishing The Hat” During the celebration of his 90th birthday, Poetry in America – Live will turn the spotlight on Stephen Sondheim’s song “Finishing The Hat” from Sunday in the Park with George. This live event will celebrate the work of Sondheim through performance of his songs and discussion of the lyrics to this particular song. PBS’s “Poetry in America” host Elisa New welcomes Tony Award nominee Melissa Errico, New Yorker staff writer and author Adam Gopnik, and noted musical director Tedd Firth. Errico, who has starred in Sunday in the Park, will perform three songs from the show accompanied by Firth

3pm: Cirque du Soleil: Classics Special a brand-new #CirqueConnect 60-minute special that celebrates the classic shows you know and love. For the first time ever, we’re opening up the vault for some fan-favorite shows from our earliest days. We’re offering you 3 of the first shows that performed under our Grand Chapiteau: Saltimbanco, Nouvelle Expérience and Cirque Réinventé! Colorful, emotional and full of the classic circus elements you love, this is #CirqueConnect special dedicated specially to our fans! Stay safe ❤ #StayHome#WithMe

5pm: Broadway for Black Lives Matter: A Day of Accountability
Britton Smith and the Broadway Advocacy Coalition. Today’s edition A space to begin examining accountability within the Broadway industry – rooted in its history of individual and systemic racism. Watch it here . Attendance is free but registration is required.

Björk Ballet is a ballet set to a selection of existing songs and composed pieces by Björk from her album collection. Music: “Overture”, “All Is Full of Love”, “You’ve Been Flirting Again” “Bachelorette”, “Vokuro”, “Frosti”, “The Gate”, “Hyperballad”, and “Anchor Song”— all written exclusively by Björk Gudmundsdottir (Kobalt Music Publishing), except “Bachelorette” which is co-written with Sjón (Universal Music Publishing) and “The Gate” which is co-written with Alejandro Ghersi (Sony/ATV Music Publishing). Performed by Björk. Courtesy of One Little Indian. Costumes constructed by Marco Morante, Los Angeles, California. Scenic construction and painting by San Francisco Ballet Carpentry and Scenic Departments.

7pm: Pride Plays: one in two Playbill is proud to present Pride Plays 2020 in celebration of Pride month. The festival, taking place throughout the month of June will feature four primetime live streams of key LGBTQIA+ plays and culminate in a musical celebration with Playbill’s Pride Spectacular June 28. The Pride Plays season will include Donja R. Love’s one in two at 7PM ET June 12; The Five Lesbian Brothers reuniting for a one-night-only live reading of their 1992 play Brave Smiles…Another Lesbian Tragedy at 7PM ET June 22; Mart Crowley’s The Men From the Boys, directed by Zachary Quinto, at 7PM ET June 26; and Masculinity Max by MJ Kaufman at 7PM ET June 27. All live streams will air in the video player above, here at Playbill.com/PridePlays.

7pm: Actors Theatre of Louisville: Fix it, Black Girl “My sole purpose in speaking and writing is not that I entertain you. I am writing to shake a nation.” —Hannah L. Drake. Featuring Erica Denise, Hannah L. Drake, Janelle Renee Dunn, Robin G, Sujotta Pace and Kala Ross. Actors Theatre will be splitting all donations to FIX IT, BLACK GIRL equally with Black Lives Matter Louisville and Louisville Community Grocery.

7:30pm: At-Home Gala On April 25, the Met arranged an unprecedented live virtual gala, with more than 40 opera stars, as well as members of the company’s brilliant orchestra and chorus, performing from their respective homes all around the world. Hosted by Peter Gelb and Yannick Nézet-Séguin, the uplifting event demonstrated the power of opera to connect and bring light into people’s lives even when our theater is dark, and was viewed by more than 750,000 global audience members. If you missed it, or want to re-live the momentous musical moment, this two-day encore screening period is what you’ve been waiting for.

7:30pm–11:30pm: Festival of Live Digital Art (FOLDA) Today’s lineup: May I Take Your Arm?  about writer-performer Alex Bulmer’s experience in moving back to Toronto as a blind person; the first part of Murdoch Schon and Angelica Schwartz’s Haven, in which two strangers share a virtual interaction that will be turned into a theater piece tomorrow; and Miwa Matreyek’s multimedia This World Made Itself  which journeys through the history of the planet we chaotically inhabit.

8pm: Classical Theatre of Harlem: The Bacchae Freedom, Ecstasy, Anarchy vs Law, Order, and Control…who wins? Rather, who survives.  Starring Jason C. Brown as Dionysus and R.J. Foster as Pentheus. This performance benefits the actors and artists involved, who will be receiving their standard rates for this limited digital run.

9pm: From Here is a new musical by Donald Rupe, with arrangements and orchestrations by Jason M. Bailey. The story follows Daniel (Blake Aburn), a thirty-something gay man on a journey to find love and fulfillment amid a breakdown in his relationship with his mother. Born and raised in Orlando, Daniel is surrounded by a loving community of friends, and the musical also explores what life was like as a gay man in Orlando during the tragic shooting at Pulse nightclub in 2016. From Here premiered at the 2019 Orlando Fringe Festival to enthusiastic crowds and rave reviews, and an expanded full-length version opened at the CFCArts Black Box Theatre in February 2020.