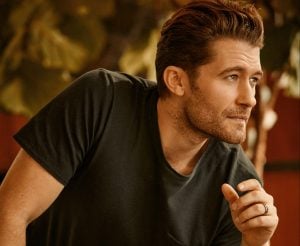 12pm soundcheck/ 3pm and 8pm show: The Seth Concert Series: Mathew Morrison is a versatile actor who is recognized for his work on-stage and on-screen. He has been nominated for Tony, Emmy and Golden Globe Awards.

Morrison’s most recent Broadway credit is starring as J.M Barrie in the musical Finding Neverland through January, 2016. The Broadway production is an adaptation of the 2004 film written by David Magee. The story follows the relationship between Barrie and the Davies family, who became the author’s inspiration for the creation of Peter Pan. Morrison received two Drama Desk nominations for his role, and won the category of Favorite Actor in a Musical in the Broadway.com Audience Awards.

In 2015, Morrison wrapped the final season of Fox’s musical comedy series Glee, where he starred as the director of the glee club, Mr. Schuester. The show was created by Ryan Murphy and received the Golden Globe award Best Television Series – Comedy or Musical in 2010 and 2011.

In June, 2013, Morrison released his latest studio album, “Where It All Began,” which is a Broadway standards record that was produced by the legendary Phil Ramone. Prior to this album, Morrison released his debut, self-titled album through Mercury Records in 2011, which featured an A-list lineup of guest artists including Sting, Gwyneth Paltrow and Sir Elton John.

In 2012, Morrison starred in the Lionsgate film, What to Expect When You’re Expecting, which was based on the book of the same name, directed by Kirk Jones. The film also starred Cameron Diaz, Jennifer Lopez and Dennis Quaid among others. Morrison played a famous dance show star who is faced with the unexpected demands of fatherhood. The film was released on May 18, 2012.

Morrison studied musical theater, vocal performance and dance at New York University’s Tisch School of the Arts. He made his debut on Broadway in Footloose but his big break came when he was cast as heartthrob Link Larkin in the hit Hairspray. Morrison was later nominated for a Tony Award for his role in The Light in the Piazza, and received a Drama Desk Nomination for Outstanding Actor in a Musical for 10 Million Miles. He also starred in the Tony-winning revival of South Pacific at Lincoln Center Theater in New York.

Currently, Morrison resides in Los Angeles, where he is taking on his greatest role…Father and Husband!

7:30pm: Verdi’s Falstaff Verdi finished his sublime final opera when he was almost 80 years old, capping a fruitful career with a bawdy adaptation of scenes from Shakespeare’s The Merry Wives of Windsor and Henry IV. His classic operatic farce charts a knight’s gold-digging efforts to seduce two married women, leading to belly-flopping failure on both counts. The score, meanwhile, is a complete tour de force, demonstrating the old master’s still-youthful panache, as well as his profound insight into human nature.

Suzanna BowlingNovember 28, 2022
Read More
Scroll for more
Tap
What to Watch: May 30
On the Scene at Tribeca Festival