What To Watch June 15th To Take Away The Blues 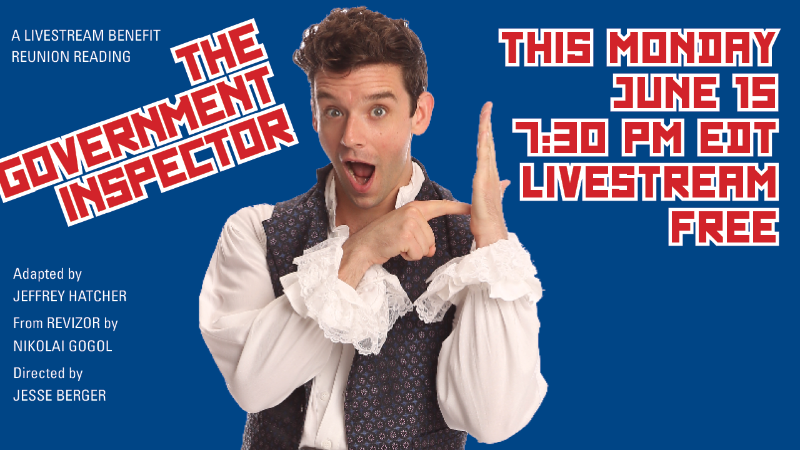 What To Watch June 15th To Take Away The Blues

Broadway women will gather on Instagram to #KeepSharingTheMic.  Inspired by the #ShareTheMicNow campaign, Broadway Serves co-founder Dionne Figgins invited a group of extraordinary Black Women of Broadway to take over the Instagram accounts of some of Broadway’s most notable White female stars.

“Black Women have been at the forefront of every civil rights movement in this country, yet too often, our experiences and our work, are erased from that narrative, and drowned out by our White counterparts,” said Figgins. “Now, more than ever, it is essential that Black women, our voices and our stories, be amplified, acknowledged, and respected. Black women’s voices need to be heard, and I hope that this is the first of many opportunities for us to center Black women’s experiences and insights.”

Takeovers subject to change and will include Tanya Birl (On The Town, Cat On A Hot Tin Roof) and Laura Benanti (My Fair Lady, Meteor Shower), Sasha Hutchings (Oklahoma, Hamilton) and Morgan James (Motown, Godspell), and Asmeret Ghebremichael (Dreamgirls, The Book of Mormon) and Sutton Foster (“Younger,” Violet), with more ladies to be announced. Women in the Broadway community are invited to participate by facilitating their own takeovers together and using the hashtags #KeepSharingTheMic and #ShareTheMicNow.

2pm: Brave New World Rep: Hamlet Every Monday in June, a different cast and director in live readings of Shakespeare’s tragedy. In today’s edition director Grant Neale brings John Edmond Morgan as Claudius and Imran Sheikh as the melancholy Dane; advance reservations are required to watch it live, after which it will remain viewable on the BNW site for four days, starting at 6pm.

3 – 5pm: Jeremy Jordan (Newsies) performs highlights from some of his biggest roles. The Seth Concert Series is hosted by Sirius XM host and Playbill contributor Seth Rudetsky. While normally held in Provincetown, Massachusetts, under the Broadway @ Art House banner, the performances will be held indoors from the stars’ homes due to the COVID-19 pandemic. Tickets are $27.50.

7pm: Over 160 talented NYC public school teen artists will make their virtual Broadway debuts in the special 2020 Online Production of The Shubert Foundation High School Theatre Festival. Jelani Alladin (Frozen, Hercules at the Public Theatre) will host this year’s sixth annual event, which has previously been performed live on a Broadway stage. Guest presenters will include Broadway stars Adam Chanler-Berat (Peter and the Starcatcher), James Harkness (Ain’t Too Proud), Carly Hughes (Beautiful, “American Housewife”), George Salazar (Be More Chill), and Sherie Rene Scott (Whorl Inside A Loop). This high profile and high-energy theatre education experience for students is presented by The Shubert Foundation and the NYC Department of Education Arts Office.

Since 2005, The Shubert Foundation has provided more than $6 million to the New York City Department of Education for Theatre/Arts programs. “You can’t stop the beat, and the beat of our youth is powerful.

7 – 9pm: Anna Deavere Smith in Conversation. Part of 92Y’s Confronting Hate initiative. This discussion coincides with two of her most lauded works becoming available to stream: Twilight: Los Angeles, the filmed version of her 1994 one-woman play on the 1992 Los Angeles riots, will be aired on PBS’s Great Performances. Notes from the Field, a 2018 film based on her play by the same name which explores racial inequality in the justice system, is currently available via HBO’s online platforms.

7:30pm: Rossini’s Armida The first of two Rossini rarities on the schedule this week, Armida provides a showcase for one dazzling diva and no fewer than six high-flying tenors. Renée Fleming delivers the dazzle in the title role, a Crusades-era Damascene sorceress who uses her overpowering beauty to further her ambitious, self-serving plans. Even she is not immune to love, however, and the true drama stems from the question of whether her allure and her enchantments will be enough to turn an enemy into a paramour.

9:15 – 10:15: Muny Magic in Your Home: Beth Leavel The first Muny Magic in Your Home. Also featured a guest appearance from Tony Award nominee Lara Teeter (On Your Toes), as well as other very special surprise artists. Ms. Leavel’s music director is Phil Reno and she is joined by Vince Clark on bass and Nick Savage on drums.