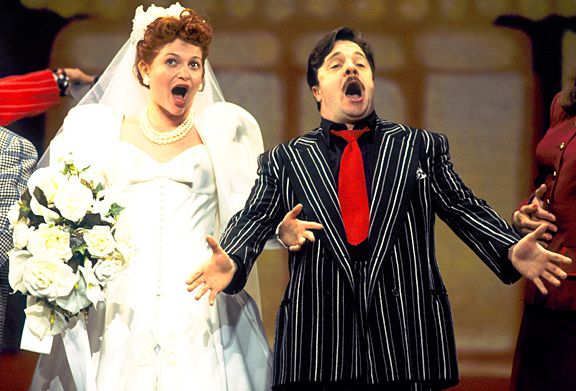 8pm: Stars in the House Guys & Dolls Reunion!  Stars In The House” is partnering with NH Collection New York Madison Avenue, an exciting newcomer onto the Big Apple’s hotel scene, for a very special reunion of the 1992 cast of Broadway’s Tony Award-winning “Guys and Dolls” including Nathan Lane (Nathan Detroit), Peter Gallagher (Sky), Faith Prince (Adelaide), Josie de Guzman (Sarah), Walter Bobbie (Nicely-Nicely Johnson), Ruth Williamson (General Cartwright), and director Jerry Zaks. Seth and James will broadcast live from the hotel for what is sure to be a “high stakes” conversation, so don’t “rock the boat” and be sure to tune in. The NH Collection Madison Avenue is also generously matching all donations made during this show, up to $10,000!