What To Watch June 16th To Take Away The Blues 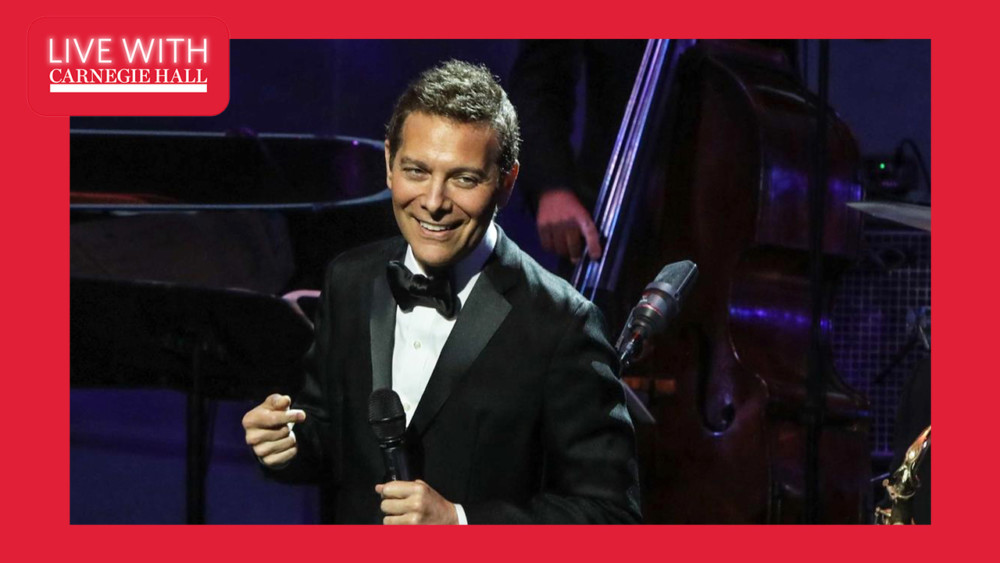 What To Watch June 16th To Take Away The Blues

The Alec Baldwin-podcast Here’s the Thing with Micky Dolenz, is out today

12pm: Nai-Ni Chen Dance Company offers Free Online Company Class with Asian American Master Artists and Company Dancers. using Zoom.  At the same time, company dancers translated their newly acquired remote teaching skills to serve K-12 students in Elizabeth, New Jersey and students with disabilities in the A Harry Moore School of Jersey City, most of whom living in underserved communities and suffering from isolation and missing the usual support from the school.  Dance has brought them rays of hope and joy in their confined environment.  Nai-Ni Chen continue to create new works through remote rehearsals, structured group and solo improvisations and she has added the video editor as her choreographic tool in this process.  See her latest work on youtube.com

3pm: Rapping With The Artists: From the New Federal Theater, director Petronia Paley and playwright Larry Muhammad on the birth of the production, Looking for Leroy. Must register.

3 – 4pm: Virtual Salon on Reimagining and Restarting By Rattlestick Playwrights Theater. How are our peer theaters reinventing ourselves during this pandemic and in solidarity with the Black Lives Matter movement? What are innovative ways that organizations are activating their facilities, their staff, and their artists to play an essential role? In what ways are organizations re-evaluating how they make theater and work with black artists? Facilitated by social entrepreneur Robert Clauser. Guest Speakers: Jordana De La Cruz of Jack, David Herskovits of Target Margin Theater, Kristin Marting of HERE, Jacob G. Padrón of Long Wharf Theatre and The Sol Project, and Ralph B. Peña of Ma-Yi Theater Company. Must RSVP.

7 – 9pm: Yes! Reflections of Molly Bloom The 2019 Irish Rep world premiere production based on the novel Ulysses by James Joyce, adapted by Aedín Moloney & Colum McCann, with music by Paddy Moloney. Awarded the Outer Critics Circle Award and nominated for the Off Broadway Alliance Award for Solo Performance. Starring Aedín Moloney. Must RSVP.

7:05 – 8:05: Songs for Our City, a songwriting challenge commissioning new original music from Broadway actors and composers in response to the current COVID-19 crisis, in order to both support artists during this time and provide a unique and interactive way for audiences to enjoy new music while in-person events are on pause. Tonight John Arthur Greene, John Krause, Janet Krupin and Heath Saunders.

7:30pm:  Rossini’s Semiramide A jewel in Rossini’s bel-canto crown, Semiramide brings together four virtuosic singers—soprano, mezzo, tenor, and bass—for a display of vocalism as spectacular as the outrageous storyline. Set in ancient Babylon, the scenario concerns the legendary queen Semiramis and her quest for ever more power, various betrayals and plots for revenge, mistaken identities, and even divine intervention. This Live in HD transmission was part of a 2018 run that assembled a dream cast for the opera’s first Met performances in 25 years.

7:30: Join internationally acclaimed, multi-award-winning cabaret star, director, and arranger Mark Nadler as he reveals some of the secrets to making a song your own.  You’ll learn lyric interpretation, musical arrangement, and performance technique. This fun-filled 30 minutes includes discussion, performance, instruction, and ending the night with a group sing-a-long. You won’t want to miss this joyous, music-filled workshop. You must register!

8pm: #Mamarazzi event with Rachel Platten & The Makers of SYLVANIA General Lighting. A conversation and a fun-filled evening with Rachel (plus our own special musical performance) and reading from the book.
Since we are all home so much more these days, we are thrilled to introduce you to the makers of SYLVANIA general lighting. To RSVP.

Stephen SorokoffJuly 25, 2022
Read More
Scroll for more
Tap
Under Glass and in Color The Work of Darrell Thorne
Capital One City Parks Foundation SummerStage Anywhere Honors 155th Anniversary Of Juneteenth With a Digital Day of Dance