What To Watch June 17th To Take Away The Blues 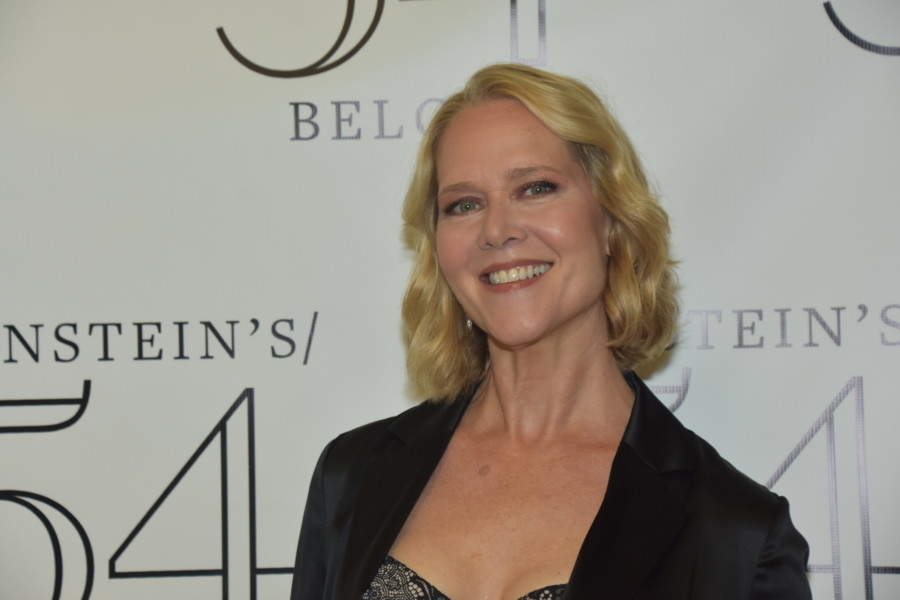 What To Watch June 17th To Take Away The Blues

12pm: Nai-Ni Chen Dance Company offers Free Online Company Class with Asian American Master Artists and Company Dancers. using Zoom.  At the same time, company dancers translated their newly acquired remote teaching skills to serve K-12 students in Elizabeth, New Jersey and students with disabilities in the A Harry Moore School of Jersey City, most of whom living in underserved communities and suffering from isolation and missing the usual support from the school.  Dance has brought them rays of hope and joy in their confined environment.  Nai-Ni Chen continue to create new works through remote rehearsals, structured group and solo improvisations and she has added the video editor as her choreographic tool in this process.

2:30: Disbelief, a Cassandra Tale the world premiere reading is part of 2020 TRU Voices New Plays Reading Series. Disbelief is the story of Apollo’s gift to Cassandra, rethought for today, from her point of view.  This updated telling adds a contemporary perspective on how women are perceived and controlled and disbelieved (or dismissed). Scintillating language explores the parallels of belief in a higher power, with belief in a powerful man, versus a woman of power, struggling to be believed.  And for the first time the two most famous women of the Trojan War, Helen of Troy and Cassandra, actually  speak to each other, without a man around at all.  The play draws a gentle parallel to our 2016 election, and a candidate who told the truth, was systematically undermined and disbelieved.

2pm: Stars in the House with Seth Rudetsky. Plays In The House: Free Speech: Performing Artists and the Power of the Spoken Word vol. III with Jonathan Duvelson, Kalonjee Michael Gallimore, Jonah Nash, Grace Rivera, Vanessa Sierra, and Justin Sudderth. At 8pm: No show tonight.  Please join us in watching At Home with Rebecca Luker.  Visit fundraise.projectals.org/luker to donate and register.

3pm and 8pm: Yes! Reflections of Molly Bloom The 2019 Irish Rep world premiere production based on the novel Ulysses by James Joyce, adapted by Aedín Moloney & Colum McCann, with music by Paddy Moloney. Awarded the Outer Critics Circle Award and nominated for the Off Broadway Alliance Award for Solo Performance. Starring Aedín Moloney. Must RSVP.

5:30: MCC Theatre Live Labs: Pues Nada A reading of Pues Nada by Aziza Barnes will feature Ito Aghayere, Cherise Booth, Karen Pittman, and Samira Wiley, under the direction of Whitney White. Two black femmes tend bar in East L.A. until the crack of dawn, unable to lave or sleep due to a plastered ex-employee, who refuses to go home. But is she the only reason no one will be sleeping tonight? The reading will be followed by a post-show talkback with the cast and creatives moderated by Ianne Fields Stewart.

6:30: Here at Home: Send For the Million Men The “crime of the century” of the 1920’s jolts to life in modern-day New York City in Joseph Silovsky’s micro-history multimedia tale, Send for the Million Men. With a compelling command of animatronics, robotics, puppetry, and handmade projectors, Silovsky examines the controversial executions of notorious anarchists Sacco and Vanzetti. Their bleak fates intertwine with Silovsky’s own micro-tragic biography in a humorous and captivating history-rethink.

7pm: New York Theatre Barn will host a free live stream of its New Works Series featuring excerpts from the new musicals Wally Flynn and The River is Me. The 40-minute presentation will also feature the creators of the new musicals. The company will be giving 50% of its donations each week to a different charity that supports black lives and civil rights.

7:05 – 8:05: Songs for Our City, a songwriting challenge commissioning new original music from Broadway actors and composers in response to the current COVID-19 crisis, in order to both support artists during this time and provide a unique and interactive way for audiences to enjoy new music while in-person events are on pause. Tonight F Michael Haynie, Anthony Norman, Alice Ripley and Starbird & the Phoenix.

7:15: Lambs’ Virtual Conversation Lainie Kazan on zoom. Meeting ID: 859 5644 0534/ Password: 06171874LK. Kazan began her career as Barbra Streisand’s understudy in the Broadway production of Funny Girl. She soon became the “chanteuse” of her native New York, appearing in nightclubs and as a guest on virtually every top variety and talk show on television. She was nominated for a Golden Globe Award as Best Supporting Actress in Richard Benjamin’s My Favorite Yearwith Peter O’Toole. Her other films include Lust in the Dust, Delta Force, Beaches, The CemeteryClub, 29th St., The Associate, Love Is All There Is, The Big Hit, The Crew, What’s Cooking?, My Big Fat Greek Wedding, Don’t Mess With The Zohan, Pixels and My Big Fat Greek Wedding 2. She was nominated for an Emmy Award for St. Elsewhere and received a CableACE Award nomination for The Paper Chase. Kazan guest starred on Will & Grace, recurred on The Nannyand Desperate Housewives and she played Arthur’s main squeeze on King of Queens. She has appeared on Modern Family and on the Disney Channel series Jessie. Most recently she guest starred on The Kominsky Method.

7:30pm: Gluck’s Iphigénie en Tauride One of the final works of Gluck’s long and distinguished operatic career, Iphigenie en Tauride recounts an episode from Greek myth about Agamemnon’s daughter Iphigenia and her time as a priestess of Diana in Tauris. The story revolves around her initially unknowing reunion with her brother Orestes, who has fled Mycenae after killing their mother Clytemnestra—and whom Iphigenia is ordered to sacrifice to her goddess. With his characteristic lyricism and directness, the composer provides an affecting musical setting for the family drama.

8pm: At Home With Rebecca Luker, via Zoom. Hosted by Tootsie Tony winner Santino Fontana and a feature conversation with journalist and talk show host Katie Couric. All of the proceeds from the evening will benefit Prosetin, a promising new drug candidate for Amyotrophic Lateral Sclerosis. It was in February when Broadway favorite Luker revealed that she had been diagnosed with ALS (also known as Lou Gehrig’s Disease). Visit Fundraise.ProjectALS.org/Luker to donate and register. There is a suggested minimum donation of $25. Instructions and the link for An Evening With Rebecca Luker will be provided after donating and registering is complete.

8pm: Terrence McNally Tribute Moderator Lucy Merkjee of the Tribeca Film Festival and filmmaker Jeff Kaufman will lead a discussion about the life and legacy of the Tony Award winning playwright and LGBTQ activist Terrence McNally. Joining them will be actors John Benjamin Hickey, John Glover, and André De Shields. Hickey and Glover worked with McNally on his Tony Award Winning play “Love! Valour! Compassion!” and De Shields originated the role of Noah “Horse” T. Simmons in the Terrence McNally / David Yazbek musical adaptation of the film “The Full Monty.” Must register.

8pm: David Liebman Live from the Falcon Archieves. Liebman’s career has spanned over four decades, beginning in the 1970s as the saxophone/flautist in both the Elvin Jones and Miles Davis Groups, continuing as a leader since. He has played on nearly three hundred recordings with over one hundred under his leadership or co-leadership. Liebman is a renowned lecturer and author of several milestone books: Self Portrait Of A Jazz Artist, A Chromatic Approach To Jazz Harmony And Melody, Developing A Personal Saxophone Sound, translated into several languages.

8pm: The Good Fight: Christine Baranski and Robert and Michelle King in Conversation with Entertainment Weekly’s David Canfield a behind-the-scenes discussion about the phenomenally popular and critically acclaimed CBS All Access original series, The Good Fight. As season four comes to a close, hear how the timely, gripping storylines the series boldly tackled came to life – and perhaps a tease about what season five of the hit show may have in store for Diane Lockhart and the firm.