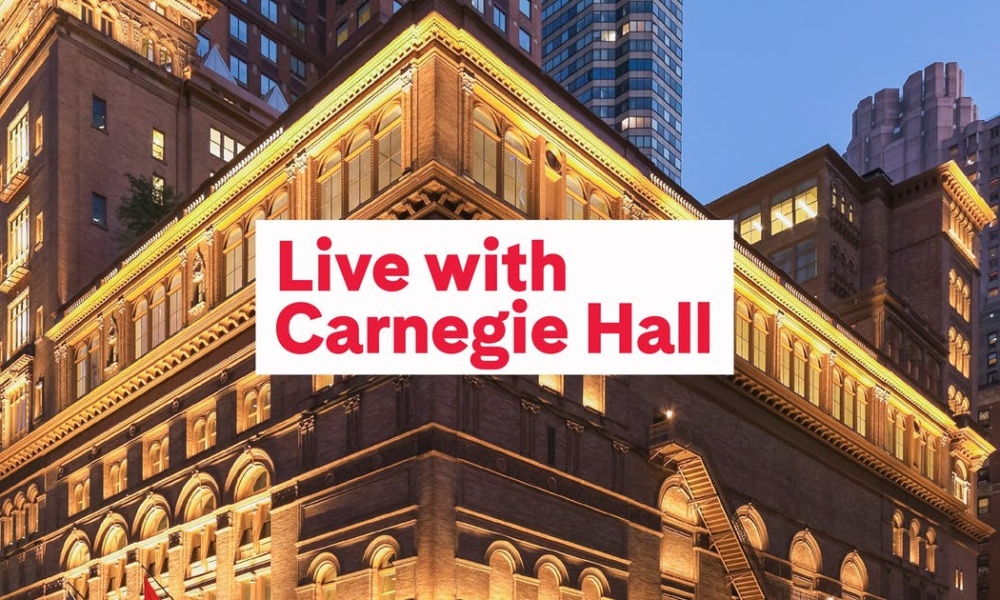 7:30: Live with Carnegie Hall: Juneteenth Celebration All-American Freedom Day: Only Together Are We Free Juneteenth commemorates our nation’s true independence—the day when all members of the newly reunited nation were finally declared free after the American Civil War. More than 400 years after the first enslaved African people were brought to the North American colonies, the fight for equality continues.

Rev. Dr. James A. Forbes Jr. leads this celebration—along with special guest Wayne Brady—to recognize the importance of this historic day and to acknowledge the long road still ahead. In addition to music, dance, and commentary, the evening also recognizes contributions made by prominent African Americans today: Bryan Stevenson, founder and executive director of the Equal Justice Initiative, and Robert F. Smith, businessman and chairman of Carnegie Hall’s Board of Trustees.

7:30pm: Verdi’s Don Carlo Verdi’s longest and most ambitious opera—a dark and intense epic of Spain at the height of the Inquisition—takes a profound look at the intersection of the personal and the political spheres. The opera depicts these conflicts with a magnificent and haunting score that probes the full range of the lush Romantic vocabulary. With its spiritual, emotional, and philosophical ambitions, Don Carlo is more demanding than some of Verdi’s more familiar works, and the six singers taking on the principal roles must be capable of delivering high notes, steroidal emotions, and the narrative twists and turns of this titanic masterpiece.