What To Watch June 19th To Take Away The Blue 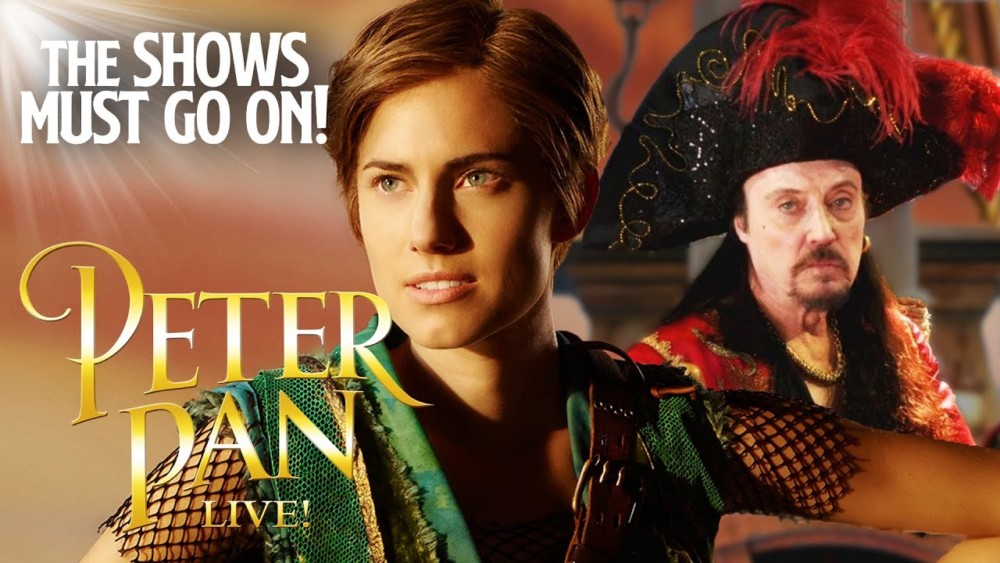 What To Watch June 19th To Take Away The Blue

Save the date: Tomorrow and Sunday at 7pm Step-in Forward Virtually to Celebrate The Music of Neil Sedaka.

Krystin Goodwin is excited that the concert will be streamed on T2CONLINE from Step Forward Entertainment on Vimeo.

2pm: Peter Pan Live! The Shows Must Go On on December 4, 2014, a live production of the 1954 musical adaptation of Peter Pan, televised from Grumman Studios in Bethpage, New York, starring Allison Williams in the title role and Christopher Walken as Captain Hook. Also in the show was Taylor Louderman as Wendy Darling, Christian Borle as Mr. Smee/George Darling, Kelli O’Hara as Mrs. Darling, Minnie Driver as adult Wendy/Narrator, Caitlin Houlahan as Jane, Bryce Ryness as Starkey, Michael Park as Cecco and T.Oliver Reid as Oliver Shreeks

On Seth Rudetsky fabulous series Stars in the House. No show today!

5:30pm: MoBBallet, the global dance community is uniting to uplift “the diversity of Black people’s beauty, creativity, ingenuity, elegance, power and perseverance” by using our platforms to feature some of the incredible artists within our own organization, and in our social Stories, artists from across the field of dance.

7pm: Nnenna Ogwo & Sterling Strings: Annual Juneteeth Celebration
On the 19th of June, 1865, Texas became the final state to officially recognize the freedom of enslaved Africans on American soil, two years after the Emancipation celebration commemorating the end of slavery in America. In the 5th year of her annual Juneteenth celebration at Joe’s Pub, pianist Nnenna Ogwo returns with her ever brilliant collaborators, Sterling Strings. Check back on performance date for streaming link!

7pm: Flushing Town Hall will celebrate the life and legacy of NEA Jazz Master Jimmy Heath, the Music Director of the Queens Jazz Orchestra, in a virtual tribute – “I’m Back Swinging Again! Mr. Heath, passed away in January at the age of 93, had been due to return to Flushing Town Hall’s stage with his orchestra that evening. The special event will feature appearances by many celebrated musical artists such as Jimmy Heath’s wife, Mona, and jazz legends Albert “Tootie” Heath, Barry Harris, Jimmy Owens, and Dorthaan Kirk; and members of Queens Jazz Orchestra, including Antonio Hart, David Wang, Jeb Patton, Michael Mossman, and Douglas Purviance.

7:05 pm: Songs for Our City, a songwriting challenge commissioning new original music from Broadway actors and composers in response to the current COVID-19 crisis, in order to both support artists during this time and provide a unique and interactive way for audiences to enjoy new music while in-person events are on pause. Tonight Marcus Paul James, Molly and the Memphis Thunder, Alexander Sage Oyen and Tim Young

7:30pm: Verdi’s La Forza del Destino This classic 1984 telecast features the legendary Leontyne Price, one of the all-time great Verdi singers, in one of her signature Verdi roles. As Leonora, a young Spanish noblewoman and one of the repertory’s most tormented characters, she endures the losses of her father, her lover, and her brother—as well as the guilt of being indirectly responsible for each of these calamitous events—before eventually being killed herself. As always, Verdi heightens the tragedy with an endless parade of heart-wrenching arias and glorious ensembles.