What To Watch June 27th To Take Away The Blues

What To Watch June 27th To Take Away The Blues

12pm: Time Zone Free a 2-hour online performing and musical spectacle! This show will connect dozens of artists with audiences from all over the Globe under the umbrella of music. Actors, musicians, performers and many more will break Time Zone limits participating from all over the word and passing the baton from one to the next with no breaks! They will perform original and or classical pieces in their native tongue or in English while being accompanied by traditional music from their respective countries. This event will be hosted and presented by Chrysi Sylaidi, a NYC-based Greek Actor, Producer and Director.

2pm: Global Goal: Unite for Our Future – The Concert By Global Citizen Hosted by Dwayne Johnson, join us for performances by Shakira, Coldplay, Usher, Jennifer Hudson, Justin Bieber and Quavo, Miley Cyrus, Chloe x Halle, J Balvin, Yemi Alade, Christine and the Queen, and more as we celebrate our campaign to get funding for the development and equitable distribution of COVID-19 therapeutics, tests and vaccines for everyone, everywhere.

4pm: Josh Groban: An Intimate Concert Event Josh Groban, along with long time guitarist Tariqh Akoni, and piano player Mark Stephens, will perform a career-spanning set, filled with some of his greatest hits, fan favorites and a few new songs.

7pm: The Round Table a virtual-theatre event for charity featuring King Arthur, and the knights of the roundtable. We’ve created this event for to raise awareness for causes that are important to us, generate funds for people that need them now more than ever, and provide actors a creative outlet during these difficult times. Join our knights as they are trapped inside their castle suddenly, when faced with an external threat. The Tank’s portion of box office proceeds from this event will be donated to Fair Fight, whose mission is to promote fair elections in Georgia and around the country, encourage voter participation in elections, and educate voters about elections and their voting rights.

7:30pm: Broadway On Demand, Korean mega-hit musical, Xcalibur directed by Stephen Rayne, premiered in Korea on June 15, 2019 at the sprawling Sejong Center for the Performing Arts in Seoul, Korea. The production was the most anticipated show of the Korean season with an all-star cast including Kai, in the role of King Arthur, and was the latest collaboration between Grammy®- and Tony®-nominated composer Frank Wildhorn, playwright Ivan Menchell and lyricist Robin Lerner.

This star-studded production of Xcalibur comes exclusively to Broadway on Demand, where viewers will be able to stream the world premier streaming. The streaming starts with an exclusive, free, pre-show red carpet event at 7:30 PM hosted by Laura Heywood (Broadway Fanatic) that features cast members, Wildhorn, and the producing team from Korea. The premier stream and a 48-hour on-demand playback rental will be made available for $5.99 until July 6th.

7:30pm: Massenet’s Cendrillon A beloved fairy tale retold with wit and whimsy and encased in a highly polished veneer of French elegance, this operatic take on the classic Cinderella story has everything you’d expect—heartache, humor, hijinks, and a happy ending, all delivered on the wings of Massenet’s gorgeous music. In a magical staging by Laurent Pelly, Charles Perrault’s words literally come to life before your eyes, with the action unfolding on the pages of a book.

7:30: The Last Five Years a brand new lockdown version of Jason Robert Brown’s The Last Five Years. The show will be streamed out internationally and is hosted by The Other Palace and produced by Lambert Jackson. Starring Lauren Samuels (Bend it Like Beckham, Over The Rainbow) who is also making her directing debut, acting opposite Danny Becker (The Prince of Egypt, Aladdin). They will record their performances entirely in isolation.

7:30pm: BSC Baseh: On With The Show! – A Free Virtual Fundraiser Barrington Stage Company (BSC), free virtual party and fundraiser. To register for the free event or to donate, visit https://barringtonstageco.org/play-a-role/bash/.

All proceeds raised will benefit BSC’s Next Act, a critical funding campaign that will ensure that BSC not only survives 2020, but thrives in 2021. All contributions support BSC’s vital mission to produce top-notch theatre in the Berkshires, and to engage our community with vibrant, inclusive educational outreach programs.

8pm: Rule of 7×7: Pride Edition By The Tank on ongoing series at The Tank that premieres 7 brand-new 10-minute plays by 7 different writers. For each show, every playwright comes up with one rule, then the 7 playwrights create new plays using all 7 rules. Now, it’s time for a special Pride edition! 7 LGBTQIA+ writers, 7 rules, 7 short plays featuring LGBTQIA+ casts. Must RSVP.

What to Watch in The New Year: April 29

What to Watch in The New Year: April 28 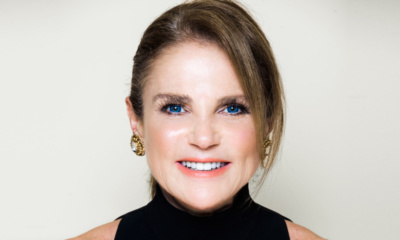 What to Watch in The New Year: April 25 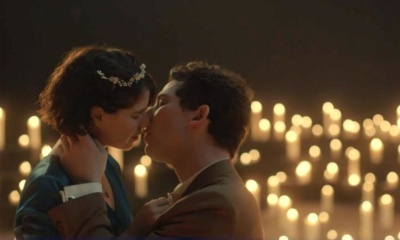 What to Watch in The New Year: April 23