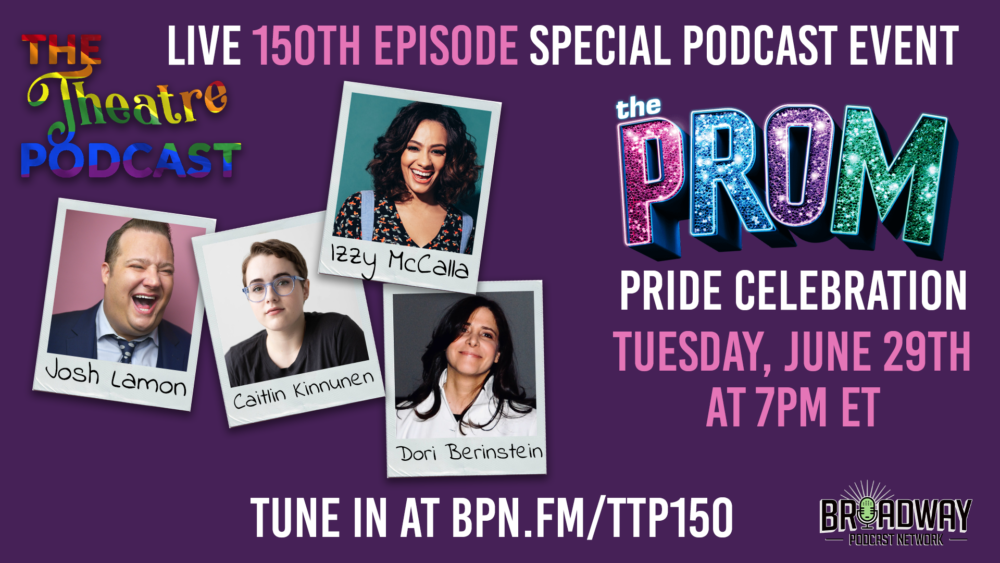 7pm: BPN Town Hall: THE PROM Reunion – A ‘The Theatre Podcast with Alan Seales’ PRIDE celebration In a special LIVE podcast episode, Alan Seales will be hosting cast & creatives of the original cast of The Prom on Broadway including Caitlin Kinnunen, Izzy McCalla, Josh Lamon, and Dori Berinstein to celebrate Pride Month.

– What does PRIDE mean to them?

– What are their personal reasons why The Prom is a story that must be told?

– How do their personal journeys relate to the queer community?

Make sure to also follow Alan Seales on Clubhouse via @AlanSeales.

7:30pm: John Adams’s Doctor Atomic An operatic exploration of a pivotal moment in human history, Doctor Atomic examines the birth of the nuclear age through the eyes of one of its most important midwives, Robert Oppenheimer. The brilliant physicist and the awesome and terrible power he and his fellow scientists unleashed upon the world receive a nuanced portrayal in John Adams’s 2005 opera, which hauntingly depicts the first atomic bomb test at the Los Alamos Laboratory in New Mexico and the conflicted emotions of those who made it possible.