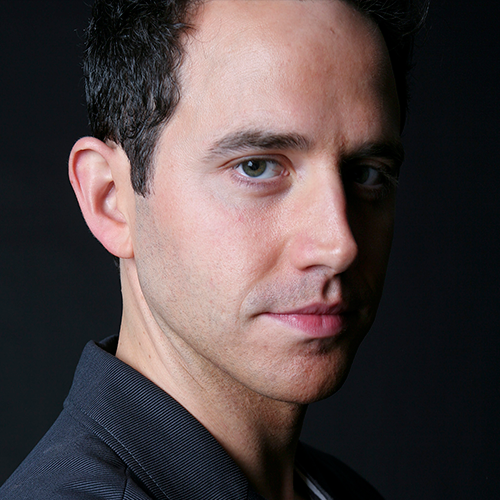 The new podcast musical Little Did I know from The Audio Drama Initiative, based on the novel by Mitchell Maxwell, will release its first three episodes on Apple Podcasts on Tuesday, March 31. After the 31st, each of the remaining six episodes will be released every Tuesday through Tuesday, May 12. A digital podcast soundtrack recording, produced by Broadway Records, and featuring the podcast’s original twenty-two songs, will also be available everywhere music is sold on Tuesday, March 31.

Little Did I know tells the story of a group of friends – recent college graduates – who bring a broken-down summer theatre back to life in 1976. The summer will be different from anything they expected, and what they experience will resonate throughout their lives. At turns funny, romantic, stirring, and poignant, this is an unforgettable coming- of-age story. Told over nine episodes, approximately thirty minutes each, Little Did I know includes twenty-two original songs.

Folksbiene! LIVE – an online celebration of Yiddish culture featuring livestreamed theater, American Jewish performers, workshops, and other events – including a talkback with the cast of the award-winning Fiddler on the Roof in Yiddish – to entertain audiences young and old.

New York Theatre Barn will host another live streaming of a New Works Series presentation on April 7, 2020 at 7PM EDT. The show will go on with pre-premieres of the new musicals Mommie Dearest and I Don’t Want to Talk About It. This installment will be free of charge.

When it was released in 1978, Christina Crawford’s Mommie Dearest made an indelible impression on America’s cultural landscape: it enjoyed 42 weeks on the New York Times best-seller list, spawned a cult film classic based on the book, and placed the issue of family violence in the national spotlight. Issues of family violence brought to light then have yet to be resolved today and the book still stands as a catalyst for change.

Now: Mommie Dearest is a new musical with a book by Christina Crawford, music by David Nehls (The Great American Trailer Park Musical), and lyrics by Crawford and Nehls. Told primarily from the coming-of-age point of view of a brother-sister pair as they grow up, struggle with adversity and try to remain family even as they are forced down different paths, the musical explores three decades of American culture. The writers will present two songs from the show led by director Joe Barros and performed live by Tina Scariano and Charlie Levy who play Christina and Christopher Crawford.

Ben Caplan’s I Don’t Want to Talk About It takes a deep dive into the complex world of mental health as told by a troupe of mercurial performers to an unnamed protagonist. Through fourth-wall breaking sketch and song, the protagonist explores the subjects and stigmas of this taboo topic alongside the audience. But as the show goes on, the fourth wall begins to close, and the narrator realizes that the troupe isn’t here for the audience: they’re here for him. Through humor, empathy, and brutal honesty, this rock musical pushes the boundaries of how society discusses mental health. Caplan, who wrote the book, music and lyrics, will present two songs from the show performed live by Phil Sloves (SpongeBob SquarePants) and Brynn Williams (Charlie and the Chocolate Factory, SpongeBob SquarePants).

Wynton will host “Skain’s Domain: An Intimate Weekly Conversation” every Monday at 9:00p.m. EDT through June 1, 2020.

Skain’s Domain: An Intimate Weekly Conversation” is open and free to the public. Guests are required to register by visiting https://a.jazz.org/skainsdomain.

EMCEE: Amy Wolk I Only Have Lies for You Laurie Beechman Theatre

MAJOR RECORDING: Gretchen Reinhagen Take It With Me