What To Watch May 14th To Take Away The Blues 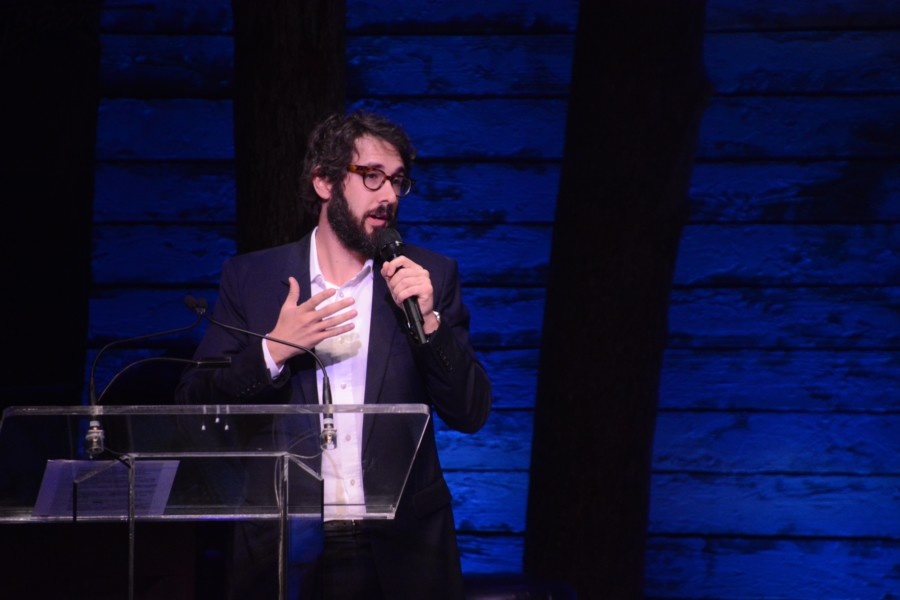 What To Watch May 14th To Take Away The Blues

SoHee Youn and Jamie Jackson wrote “You Will See Me” as part of their original musical, I Spy a Spy, which appeared off-Broadway in 2019. The main character, Jose, is a immigrant deliveryman in New York City who is desperate to be seen.

“When Covid-19 struck our great city, we became aware that deliverymen like Jose had become more essential to New York’s survival than ever, and more than ever they deserved recognition,” shared the songwriting team. “Over the course of a week in early May 2020, we walked the streets around our home in Hell’s Kitchen to capture images and footage of these deliverymen – a majority of whom are immigrants like us, drawn by the eternal promise of New York. This video is our tribute to the essential work they did to keep us New Yorkers safe and fed while we hunkered down.”

7pm: Stratford Festival: The Tempest through June 4. 80-year-old Stratford legend Martha Henry, who made her festival debut as Miranda in The Tempest in 1962, plays Prospero. Director Antoni Cimolino’s 2018 production, features Michael Blake as Caliban and André Morin as Ariel.

7pm:  Paper Mill Theatre Straight From The Vault. The Broadway Season of 1924-1925 (when Nanette originally debuted) on the set of No No Nanette in spring of 1997. Hosted by Mark Waldrop and Peter Filichia, music director Albert Evans. Performances by Kathi Gillmore, Pedro Porro, Jessica Wright, and Bernie Yvon.

7:30pm: The Metropolitan Opera: Britten’s Peter Grimes Benjamin Britten’s gripping parable about an outsider fisherman’s persecution in a small Suffolk coastal village, and his slow descent into madness, offers one of the repertory’s most complex tenor roles as well as some of its most haunting and atmospheric music. No less treasured by the many singers who take up the work’s smaller roles, this riveting tragedy is a true vehicle for an ensemble cast, and it remains one of only a handful of mid–20th century operas to have found a lasting place in the canon.

8pm New Songs Now in Your Living Room: Eisa Davis and Shaina Taub
Rattlestick Theater presents concerts with theater songwriters. Obie winner Eisa Davis, play Bulrusher was a finalist for the 2007 Pulitzer Prize and performed in  Passing Strange and her own Angela’s Mixtape. Singer-songwriter and theater composer Shaina Taub, wrote the score for the Public Works productions of Twelfth Nightand As You Like It.

8pm:  Billy Stritch live-streams a cabaret show from his apartment. Requests are welcome.

9pm: Now. Here. This. (Flexible Version) The 2012 Off Broadway musical Now. Here. This. Writer-performers Hunter Bell and Susan Blackwell and songwriter-performer Jeff Bowen reunited with their [title of show] costar Heidi Blickenstaff. When the pandemic arrived, they were in test-driving a new version with students at the Orange County School of the Arts—some 30 of whom now perform it virtually from their various locations, directed by Scott Barnhardt and Peter Marinaro. Donating to the OCSA Foundation, the Educational Theatre Foundation or Blickenstaff’s GenZStayHome.)

9:30pm The Old Globe: In-Zoom A benefit for the Old Globe in San Diego, the master clown and two-time Tony winner Bill Irwin (Fool Moon) has created a 12-minute comic short about the need to connect, with Christopher Fitzgerald (Wicked, Waitress). Donations to the Old Globe are recommended.