What To Watch May 15th To Take Away The Blues 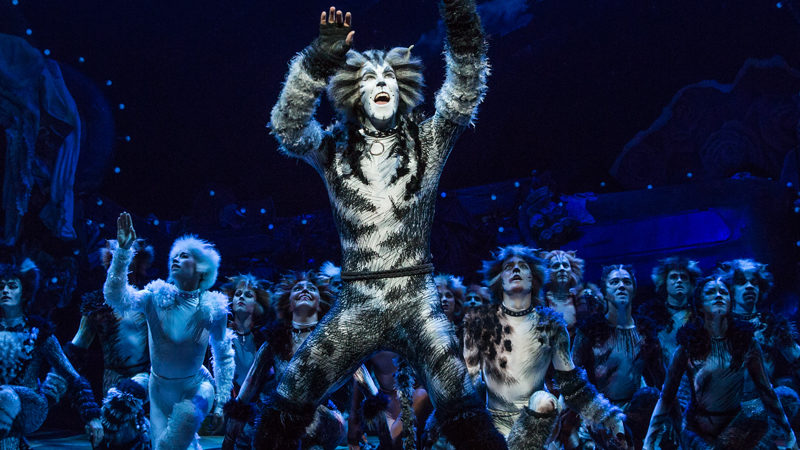 What To Watch May 15th To Take Away The Blues

And We Go On was written by Barry Harman, and Keith Herman following the 9/11 tragedy. It seems quite appropriate to what we all are facing these days, as we climb out of the coronavirus madness. Broadway’s Howard McGillin (the Phantom), J.Mark McVey (Javert in LesMiz) Alison Fraser (Romance/Romance and Secret Garden), Janet Metz, Sal Viviano, Laurie Stephenson, Nancy Ringham, Georgia Didion, Devan May (Batboy), and others are heard on this recording.

The song is also in the new musical My Femme Fatale by Harman and Herman. Based on the Wilkie Collins novel Haunted Hotel, which is how I originally met the duo. It was recently given a week-long reading presentation at FST (Florida Studio Theatre) and, if indeed musical theatre digs its way out of the current malaise, will be making its way towards a fully-realized workshop production.

Broadway Records announces a new virtual series of online listening parties celebrating the best of musical theatre. Bobby Conte Thornton (Company, A Bronx Tale) to celebrate the release of his debut solo album, Along the Way.The series will spotlight fan-favorite cast albums and solo albums and will run on select Fridays. Guests will include well known and up-and-coming Broadway performers and composers who will be interviewed by Broadway Records’ A&R Director and beloved cabaret talent Robbie Rozelle. Viewers can tune in on Broadway Records’ Facebook page or YouTube channel to listen and submit questions.

11am: Mabou Mines: Sister Suzie Cinema and Prelude to Death in Venice founded by a quartet of major theater artists in 1970’s today’s double bill contains works by Leu Breuer: Prelude to Death in Venice, starring Bill Raymond as a demented ventriloquist, and Sister Suzie Cinema, a 20-minute “doo-wop opera” with music by Bob Telson, performed by the acapella group 14 Karat Soul.

1pm: Webinar: “The Hello Girls” – America’s First Women Soldiers Join and explore the incredible story of The Hello Girls – America’s first women soldiers who helped us win WWI, and whose battle for recognition and their veterans rights continued for 60 years after the fighting stopped on the western front. It is a powerful story of heroism and empowerment set against the backdrops of WWI and the Women’s Suffrage movement. Our special guests are Dr. Elizabeth Cobbs, historian and author of the the Harvard University Press book called “The Hello Girls: America’s First Women Soldiers” and the creative team of Cara Reichel and Peter Mills who produced the highly acclaimed off-broadway musical “The Hello Girls”. As our BONUS FEATURE we will be screening the 6 minute Documentary short “Women in WWI” from our “How WWI Changed America”: Teaching and Learning Resource series underwritten by the Andrew W. Mellon Foundation. You must register here

2pm: Complicité: The Encounter Simon McBurney’s solo show. At the show’s live performances including the 2016 Broadway run, audiences wore headphones to experience the “3D” sound design by Gareth Fry with Pete Malkin (who won a Special Tony Award for their work). You can break out your best headsets to get the same experience at home. The story McBurney tells is based on the sometimes feverish jungle interactions between a real-life American photojournalist and a group of Brazilian tribespeople in 1969. Complicité has partnered with Brooklyn’s St. Ann’s Warehouse. McBurney and guests will hold a live Zoom discussion of the show on May 20 at 2:30pm register here.

2pm: The Royal Ballet: Anastasia This full-length 1971 ballet by Kenneth MacMillan imagines the inner workings of Anna Anderson, who spent decades claiming to be the lost youngest daughter of the executed Tsar Nicholas II. Set to Tchaikovsky, the expressionist third part is written as a stand-alone four years earlier and set to Bohuslav Martinů’s Fantaisies Symphoniques, takes place in a German mental institution. Natalia Osipova dances the main role.

5pm: Acting for a Cause: Jane Eyre Chicago’s Brando Crawford set up his own charity called Acting for a Cause. Today Christina Calvit stage adaptation of Charlotte Brontë’s 1847 novel about a plain-Jane governess who falls for her married employer. The cast is led by Natalia Dyer (Stranger Things), Alexander Hodge (Insecure) and Sophia Lillis (It); proceeds benefit Chicago’s Mount Sinai Hospital and the Entertainment Industry Foundation.

5:30 pm: Pipeline  Again one of my favorite’s of the year. Lincoln Center joins with BroadwayHD to stream Dominique Morisseau’s timely play Pipeline, recorded during its 2017 run at the Mitzi E. Newhouse Theater.

6pm: Free YouTube one-time-only screening with Peter Filichia and Joshua Ellis did last year at the York Theatre. “In Philly, Boston or Baltimo’: The Golden Age of Broadway Musical Tryouts.” This will be available for 24 hours only. LINK:

7:30pm: The Metropolitan Opera: Donizetti’s Lucia di Lammermoor A rare opportunity to catch Joan Sutherland in the role that earned her the nickname “La Stupenda,” this 1982 telecast shows the soprano at her best, delivering a breathtaking, hair-raising, utterly unforgettable performance as the hapless Scottish lassie whose heartbreak morphs into murderous rampage. Sutherland floored audiences with her superhuman virtuosity, but the equally phenomenal Alfredo Kraus, who plays her anguished lover Edgardo, matches her note for note in this legendary operatic event.

9pm: Great Performances: Leonard Bernstein’s Mass
Perhaps one of my favorite pieces of music is Leonard Bernstein’s Mass, written for the 1971 christening of the John F. Kennedy Center for the Performing Arts. Bernstein co-wrote the libretto with Stephen Schwartz. Tonight, PBS presents the 2019 production of the piece at Illinois’s Ravinia Festival, directed by Kevin Newbury and conducted by Marin Alsop. Paulo Szot, who won a 2008 Tony for Broadway’s South Pacific, plays the central role of the Celebrant.