What To Watch May 17th To Take Away The Blues 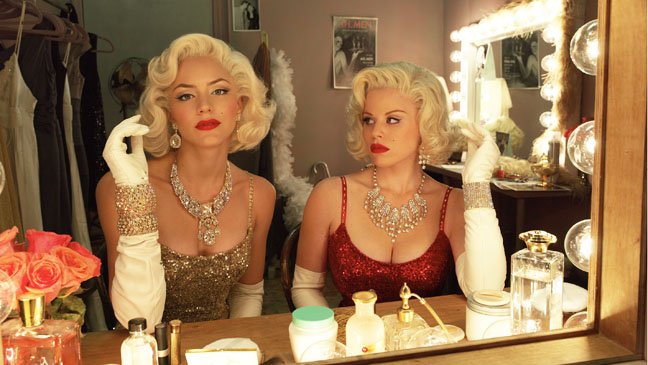 What To Watch May 17th To Take Away The Blues

2pm: On Seth Rudetsky fabulous series Stars in the House: Plays in the House Jr.: I and You Anika Larsen (Beautiful) presents plays for young people performed by young casts. Kicking things off are Andrew Barth Feldman (Dear Evan Hansen) and Samantha Williams (Caroline, or Change) in Lauren Gunderson’s two-hander I And You. Proceeds benefit the Educational Theatre Foundation. At 8pm: Stars in the House: Smash reunion The airing of 2015’s Bombshell: In Concert event. Among those dishing the backstage dirt are the show’s dueling Marilyns, Megan Hilty and Katharine McPhee, along with songwriters Marc Shaiman and Scott Whitman and producers Neil Meron and Robert Greenblatt.

5pm: NYTW Jam Sessions: The Bengsons the husband-and-wife indie-folk-rock musicians Abigail and Shaun Bengson, autobiographical 2017 musical Hundred Days told the story of how they met and married three weeks later, despite her visions of imminent catastrophe.

6:00 PM: Lincoln Center Theater: Memorial For Us All: Norm Lewis @ Facebook In the midst of an unprecedented pandemic, many rituals we hold dear are no longer possible. As we find our footing in this new terrain, faith leaders have enlisted New York City artists and Lincoln Center to offer a weekly Memorial for Us All. Music unlocks thoughts, feelings, and memories that unite and free us. These memorials allow music to begin to heal us all, as it has in so many rituals since the beginning of time.

These short concerts honor and celebrate those who have left us too soon.

Memorial for Us All is a secular community remembrance, welcoming all to celebrate the lives of those who have left us too soon. Community members are invited to submit the names of a neighbor, friend, or loved one to honor here.

6pm: For one evening only, artists Troy Anthony and Jerome Ellis will open a space for the public to honor the healers in our communities, address the racialized and gendered injustices exposed by the coronavirus, mourn those who have died during the COVID-19 crisis, and celebrate new habits, practices, and relationships that have been born during this time. Above is a short film about how the artists developed their concept for a virtual sanctuary on the Zoom digital platform.

Passing Notes is the third installment of Up Close, The Shed’s digital commissioning program. The concept arose out of a conversation between the artists and The Shed’s program team shortly after Ellis’s grandfather passed on April 4, 2020. Like many families, Ellis’s relatives have not been able to hold a funeral due to restrictions on gatherings, and Anthony and Ellis began to ask themselves how they could intentionally use Zoom’s digital platform to bring grieving loved ones together. Inspired by sources including Assata Shakur’s poem “Affirmation,” Elisabeth Kübler-Ross and David Kessler’s On Grief and Grieving, and the hymn “His Eye Is on the Sparrow,” with original music composed for this event, the artists have imagined a new way to use online communication platforms as alternative spaces for collective mourning.

Passing Notes  is intended to be experienced as a live, participatory event, making space to share grief in real-time while separated from each other. Documentation of the ritual will be posted online after the event as digital artifacts so that future visitors might build on the healing power of the work.

In advance of the ritual, the artists will welcome participants by email and provide detailed instructions to prepare for PASSING NOTES. To receive this email and participate, please reserve a free ticket at theshed.org/passingnotes. Zoom meeting information will be provided in a follow-up email on the day of the event.

6:30 PM:   54 Sings Grand Hotel: The 25th Anniversary Concert
from the archives of Feinstein’s/54 Below, members of the Broadway cast of Grand Hotel gather for one night in 2015 to toast the sweeping 1989 musical, originally directed by Tommy Tune. Performers include Karen Akers, Brent Barrett, Timothy Jerome, Chip Zien, Ken Jennings and the late Liliane Montevecchi. Walter Willison directs and hosts; the musical’s book is by Luther Davis, and the songs are by Nine’s Maury Yeston and the Kismet team of Robert Wright and George Forrest.

7:30pm: The Metropolitan Opera: Verdi’s Nabucco The breakthrough opera that launched Verdi from all but unknown to one of the most revered composers in history is a four-act biblical epic about an embattled Babylonian king driven mad by his blasphemous belief in his own divinity. The work features a wondrous roster of supporting characters, including a spitfire role for the soprano who portrays his scheming daughter, as well as some of the most stirring choral music ever written for the operatic stage.

The Streamed All My Sons Strikes with a Powerful Electric Force
Blast From The Past: The Boy From Oz