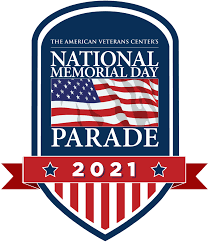 2pm: Tune in worldwide on American Forces Network to watch the parade on Memorial Day on CBS and ABC

7:30pm: Puccini’s Turandot  An ancient Chinese princess presents each new suitor with a series of riddles; success will win her hand, but failure costs his head. One brave warrior prince rises to the challenge, determined to thaw Turandot’s frozen heart. Puccini raises the temperature to boiling by lavishing the legendary tale with some of his finest and most spectacular music—not to mention “Nessun dorma,” one of the catalog’s most beloved arias. Combined with Zeffirelli’s breathtakingly opulent production, it makes for one of opera’s grandest experiences.

Bandstand By Broadway on Demand The rebroadcast includes a 30-minute preshow hosted by Corey Cott. The stream is available on demand through May 31.

The 2017 Broadway musical Bandstand, winner of the Best Choreography Tony Award for director-choreographer Andy Blankenbuehler, will stream on Broadway on Demand.

Bandstand follows World War II vet and musical prodigy Donny Novitski, who is trying to return to life after losing his best friend in combat. When he hears of a radio contest to support the troops and meets a star vocalist in his friend’s widow Julia, played by Osnes, he puts together the Donny Nova Band to go all the way to the top.