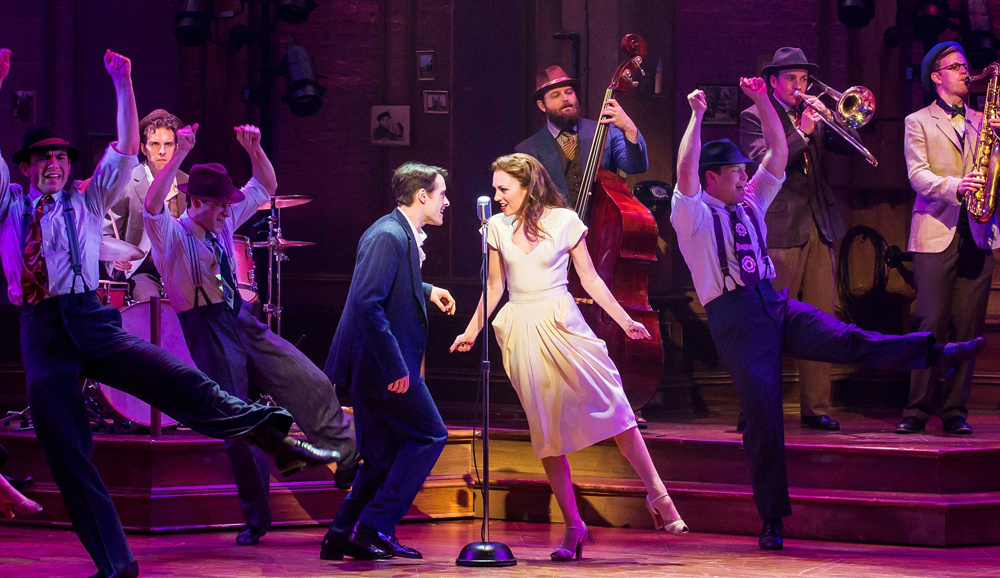 7pm: New York Theatre Barn Ramona / Johnny and The Devil’s Box Based on the classic novel by Helen Hunt Jackson, Ramona is a new musical written by Nevada Lozano. Ramona tells the story of an orphan girl growing up on a Mexican hacienda in Southern California in the 1850s. She falls in love with a Native American ranchero, and together they journey across the new U.S. state in search of a place to call home. With a blend of American, Native American and Mexican musical styles, Ramona is a love story set during one of the most violent, tumultuous times in American history. Featuring performances by Amanda Robles (BSC’s Into The Woods) and Shereen Pimentel (West Side Story).

With book, music and lyrics by Douglas Waterbury-Tieman (SeaWife), Johnny and the Devil’s Box is a new musical with one foot in the Georgia mountains and one foot in the Grand Ole Opry. The musical follows Johnny Baker, the best fiddler that’s ever been, until his boasting attracts the attention of another fiddler—the Devil himself—who shows up with a plan for Johnny’s destruction. With fame, fortune and love tempting him at every turn, Johnny must find his true path and the strength to win a battle of the bows with the highest possible stakes. Johnny and the Devil’s Box proclaims the power of music to heal broken communities when we put aside our pride and join hands in song and dance. Featuring performances by Annabelle Fox and Douglas Waterbury-Tieman, and the acclaimed creative team includes dramaturg Anika Chapin, choreographer Jennifer Jancuska, and music supervisor Scott Wasserman.

Catherine is a comedian and actress based in NYC. She also co-hosts the popular weekly podcast, “Seek Treatment.” Catherine can be seen in the most recent season of HBO’s “High Maintenance,” as well as the final season of “Broad City.” She appeared opposite Kumail Nanjiani and Issa Rae in Michael Showalter’s feature for Paramount, Lovebirds. She was recently featured in Fox’s Night of Comedy 2018. Her writing has been featured on Splitsider, The New Yorker, The Huffington Post and New York Mag’s The Cut. Time Out New York named her one of Five NYC comedians to look out for in 2018.

8pm: Soil Beneath: An Empirical Decay By Primary Stages59E59 Chesney Snow joins Pulitzer finalist and Obie-winning composer Diedre Murray for his new choreopoem commissioned by Primary Stages. Soil Beneath: An Empirical Decay is an exploration of race, class, and American political culture told through the mediums of poetry, storytelling, dance, and music.