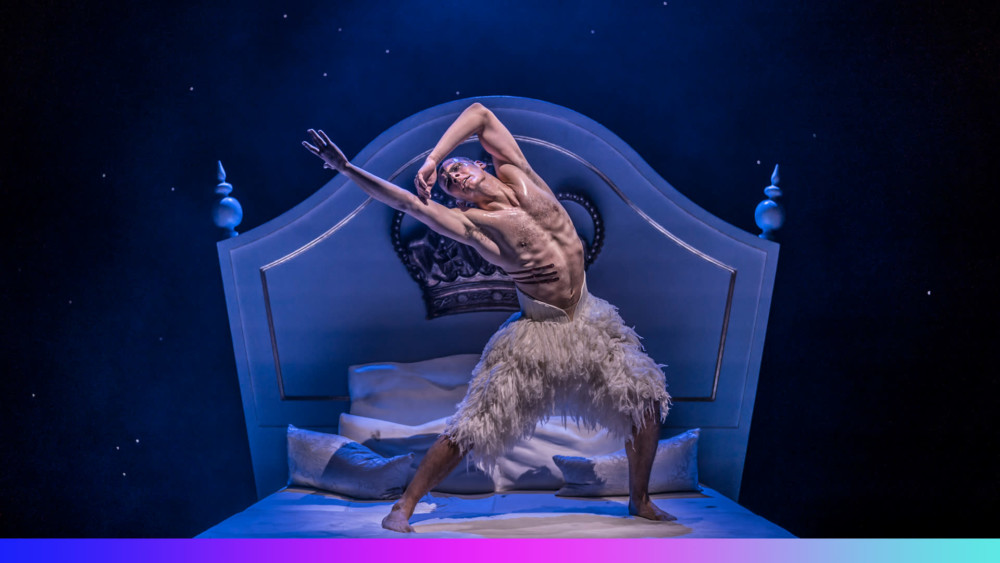 3pm: Twelfth Night: Welcome to Our Table Food of Love is proud to present one of Shakespeare’s most beloved comedies with a virtual twist and their signature culinary flare.  Shipwrecks, mistaken identities, and mouth-watering desserts are delivered directly to your kitchen in this immersive livestream benefitting the Food Bank For New York City.

Thrilling, audacious, witty, and emotive, this Swan Lake is perhaps still best known for replacing the female corps-de-ballet with a menacing male ensemble, which shattered conventions, turned tradition upside down, and took the dance world by storm.

Collecting over 30 international accolades including an Olivier Award in the UK and three Tonys® on Broadway, Matthew Bourne’s powerful interpretation of Tchaikovsky’s masterpiece is a passionate and contemporary Swan Lake for our times.

7pm: Another Karamazov Project New Ohio Theater repeated Saturday
The second of the four works this month in the theater’s Producers Club developmental series, this 40 minute piece is part murder mystery, part spiritual quest, this freewheeling distillation of Dostoevsky’s classic is mapped onto a modern American story about race, justice, trauma, and love

7:30pm: To the Rescue! Gala The Humane Society of the United States’ annual To the Rescue! gala is hosted this year by Emmy-nominated SNL star Cecily Strong, with a performance by six-time Tony winner Audra McDonald.

The gala, virtual for the first time, will feature a 3D environment where guests will be taken through a fantasy setting of flowery meadows, a glamping-style yurt and a backyard barn stage to watch the event.

For tickets to the virtual gala, visit humanesociety.org/ttrregistration.