What To Watch November 15th To Take Away The Blues 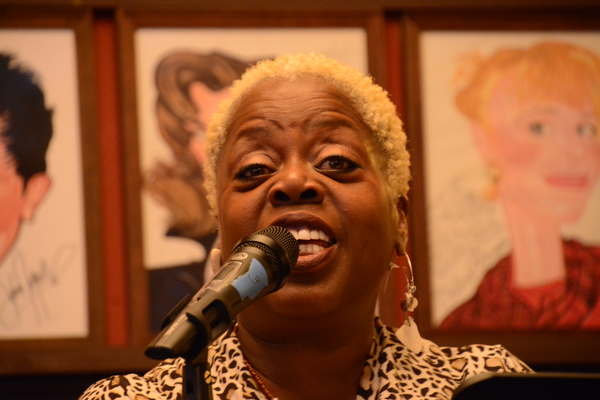 What To Watch November 15th To Take Away The Blues

MetropolitanZoom 24 Virtual Variety Show. In 2015 a theatrical world record was set in New York City. The Metropolitan Room had hopes of shattering the record for the longest variety show, which was previously set at 12 hours.

Nearly 300 performers from around the world, with most from New York set to participate, all for free.

2pm: Soil Beneath: An Empirical Decay By Primary Stages59E59 Chesney Snow joins Pulitzer finalist and Obie-winning composer Diedre Murray for his new choreopoem commissioned by Primary Stages. Soil Beneath: An Empirical Decay is an exploration of race, class, and American political culture told through the mediums of poetry, storytelling, dance, and music.

3pm: The Heroines of G&S: We Really Know Our Worth The New York Gilbert & Sullivan Players continue their digital conversation series with Laurelyn Watson Chase on a musical exploration and discussion of women in G&S works from their premieres to modern day.

How do today’s women interpret and feel about the heroines of Gilbert & Sullivan? Get the opinions that really matter!

Thrilling, audacious, witty, and emotive, this Swan Lake is perhaps still best known for replacing the female corps-de-ballet with a menacing male ensemble, which shattered conventions, turned tradition upside down, and took the dance world by storm.

Collecting over 30 international accolades including an Olivier Award in the UK and three Tonys® on Broadway, Matthew Bourne’s powerful interpretation of Tchaikovsky’s masterpiece is a passionate and contemporary Swan Lake for our times.

4pm: WestFest Dance Festival 2020 BOiNK! Dance & Film is a New York based modern dance company that explores the infinite possibilities in the world of film and live performance. Founded in 2013, BOiNK! has been seen all around the world notably premiering at the “Dance On Camera” Film Festival at Lincoln Center in New York, premiering two full-length film and dance productions at the The Mark O’Donnell Theater in Brooklyn, and presenting at the “Perth Screen Dance Festival” in Australia. Too Many Cooks. Dancers: Dylan Baker, Kate Bishop, Abbey Laufenberg. Music: Fat Mama by Herbie Hancock

5pm: Until The Flood Rattlestick and ALL ARTS. Based on extensive interviews following the 2014 shooting of black teenager Michael Brown by white police officer Darren Wilson, Dael Orlandersmith’s solo show gives voice to a community haunted by injustice and a country yearning for change.

Lillias White, a native New Yorker, made her Broadway debut in Barnum. She has also appeared on Broadway in Cats, Carrie, Dreamgirls, Once On This Island, How To Succeed In Business Without Really Trying, Chicago and Fela! (Tony Award nomination). In Cy Coleman’s and Ira Gasman’s The Life, she won the Tony Award, Drama Desk Award and Outer Critics Circle Award for her portrayal of a world weary, no nonsense hooker named Sonya. Lillias was recently seen in the world premiere of Half Time at the Papermill Playhouse and has performed at the Public Theater in the production of William Finn’s Romance In Hard Times (Obie Award), Dinah Was at the Gramercy Theatre, the world premiere of Crowns at the Second Stage (Audelco Award), and Texas In Paris at The York Theatre Company.

Lillias White’s concert appearances include the critically acclaimed cabaret show at Feinstein’s 54 Below, entitled The Lillias White Effect (Bistro Award) and for the Actors Fund in Funny Girl, Hair and the 25th Anniversary concert of Dreamgirls. She was Bloody Mary in the PBS Great Performances broadcast of South Pacific. Lillias has toured internationally with her one-woman show, From Brooklyn To Broadway, and she’s graced the stages at Kennedy Center in Washington DC, Carnegie Hall, Lincoln Center, Jazz at Lincoln Center, the Sydney Australia Opera House, the Singapore Opera House and the Palm Beach Pops.

Lillias’ television appearances include a regular role on Sesame Street for which she won an Emmy Award, a current role Netflix in The Get Down, Gotham, Person of Interest, Law and Order SVU, Law and Order, and NYPD Blue. Her film credits include the lead muse in Disney’s Hercules, Anastasia, How the Grinch Stole Christmas with Jim Carrey, Game Six with Michael Keaton, Pieces of April with Katie Holmes, Nasty Baby with Kristin Wigg and Then She found Me.  Lillias holds an Honorary PH D in fine arts from The City University of New York.