What To Watch November 16th To Take Away The Blues 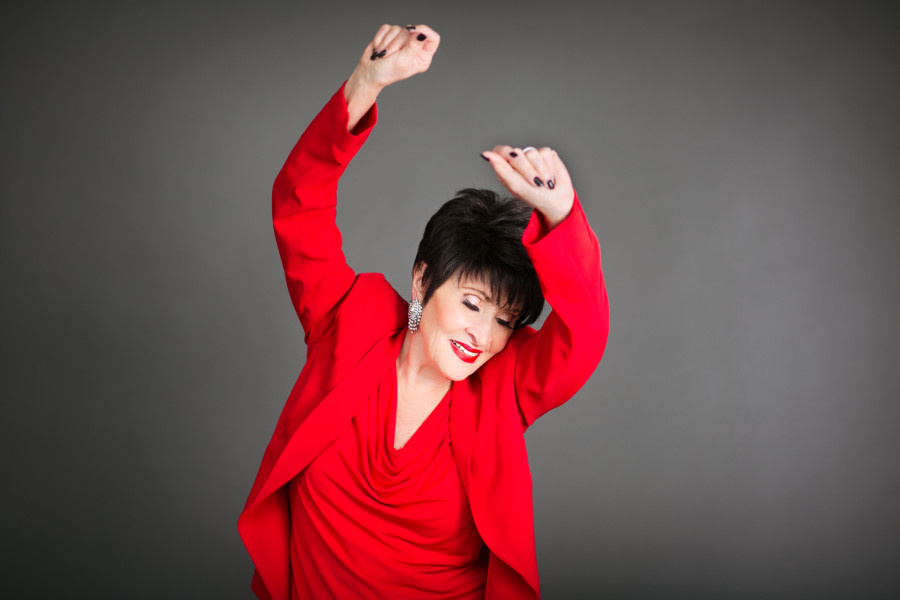 What To Watch November 16th To Take Away The Blues

2pm: The Shows Must Go On!: Macbeth Starring Sir Patrick Stewart as Macbeth and Kate Fleetwood as Lady Macbeth, Rupert Goold‘s immediate and visceral film is set in an undefined and threatening central European world.

Lillias White, a native New Yorker, made her Broadway debut in Barnum. She has also appeared on Broadway in Cats, Carrie, Dreamgirls, Once On This Island, How To Succeed In Business Without Really Trying, Chicago and Fela! (Tony Award nomination). In Cy Coleman’s and Ira Gasman’s The Life, she won the Tony Award, Drama Desk Award and Outer Critics Circle Award for her portrayal of a world weary, no nonsense hooker named Sonya. Lillias was recently seen in the world premiere of Half Time at the Papermill Playhouse and has performed at the Public Theater in the production of William Finn’s Romance In Hard Times (Obie Award), Dinah Was at the Gramercy Theatre, the world premiere of Crowns at the Second Stage (Audelco Award), and Texas In Paris at The York Theatre Company.

Lillias White’s concert appearances include the critically acclaimed cabaret show at Feinstein’s 54 Below, entitled The Lillias White Effect (Bistro Award) and for the Actors Fund in Funny Girl, Hair and the 25th Anniversary concert of Dreamgirls. She was Bloody Mary in the PBS Great Performances broadcast of South Pacific. Lillias has toured internationally with her one-woman show, From Brooklyn To Broadway, and she’s graced the stages at Kennedy Center in Washington DC, Carnegie Hall, Lincoln Center, Jazz at Lincoln Center, the Sydney Australia Opera House, the Singapore Opera House and the Palm Beach Pops.

Lillias’ television appearances include a regular role on Sesame Street for which she won an Emmy Award, a current role Netflix in The Get Down, Gotham, Person of Interest, Law and Order SVU, Law and Order, and NYPD Blue. Her film credits include the lead muse in Disney’s Hercules, Anastasia, How the Grinch Stole Christmas with Jim Carrey, Game Six with Michael Keaton, Pieces of April with Katie Holmes, Nasty Baby with Kristin Wigg and Then She found Me.  Lillias holds an Honorary PH D in fine arts from The City University of New York.

6:00pm: Cabaret Conversations: Chita Rivera By 92 Y Michael Kirk Lane curates a series of conversations about the art form of cabaret in New York City. Welcoming performers, directors, and journalists, these conversations will delve into the history and current state of this unique performance style. Each conversation will also include a Q&A session for the participants.

Rivera is one of the most nominated performers in Tony Award history having earned 10 nominations, won twice, and received the 2018 Special Tony Award for Lifetime Achievement in the Theatre. She originated starring roles in Broadway musicals like West Side Story, Bye Bye Birdie, Chicago, The Rink, Kiss of the Spider Woman, and The Visit.

7pm and 9pm: Mute Swan Theater in Quarantine. A queer interpretation of the Greek myth of Cygnus, a man who mourned the loss of his demi-god love, Apollo’s son Phaethon, so much that he turned into a swan, written by Madeleine George. This first collaboration between Theater in Quarantine, CultureHub and LaMama is created by Katie Rose McLaughlin in with Raja Feather Kelly, Joshua William Gelb, and Chris Bell. After its live performances it will be available at the Theater in Quarantine archive in perpetuity.

7pm: </Remnant> By New York Theatre Workshop </Remnant> is a combination of performance, sound art, and video installation, the work offers a reflection on how loss can scar, shape, and even propel people towards change. The project is conceived and created by Theater Mitu with Rubén Polendo serving as director.

7pm: Kaufman Music Center: Broadway Close Up—Dorothy Fields Gabrielle Stravelli performs in this spotling on Dorothy Fields, who more than held her own on Broadway at a time when writing musicals was a boys’ club that women were not encouraged to join.

One of the only women to make it into the top echelon of composers in the 1920s, she collaborated with Jerome Kern, Cy Coleman and others on hit songs including “The Way You Look Tonight,” “I Can’t Give You Anything But Love,” “On the Sunny Side of the Street” and “Big Spender,” as well as the musicals Sweet Charity and A Tree Grows in Brooklyn.

Click here for tickets. All readings will be streamed live and then available for 48 hours afterwards as video-on-demand.

7:30pm: Verdi’s Don Carlo Starring Marina Poplavskaya, Roberto Alagna, Simon Keenlyside, and Ferruccio Furlanetto, conducted by Yannick Nézet-Séguin. From December 11, 2010. Director Nicholas Hytner, who made his Met debut with this production, brings out all the passionate intensity that is at the heart of Verdi’s monumental drama. Don Carlo (Roberto Alagna), the Spanish crown prince, and Elizabeth of Valois (Marina Poplavskaya), daughter of the King of France, fall in love, only to be torn apart by international politics when Carlo’s father, King Philip II (Ferruccio Furlanetto), decides to marry Elizabeth himself. Carlo’s friend, Rodrigo (Simon Keenlyside), plays a dangerous game, balancing his political aims with the trust of his monarch. And when the beautiful Princess Eboli (Anna Smirnova) discovers her love for Don Carlo is not returned, her revenge terribly backfires. Yannick Nézet-Séguin conducts the Met orchestra and chorus.

One of the Spanish Golden Age’s most accomplished female playwrights, Ana Caro presents a witty critique of society through the story of Leonor, a woman who sets out to find her one-time lover (Don Juan, naturally) and bring him to justice. The Courage to Right a Woman’s Wrongs is a comedy of wild intrigue and lively ingenuity in which Leonor crosses geographical boundaries and defies social expectations of gender in order to bring her fickle lover to justice and restore her lost honor.