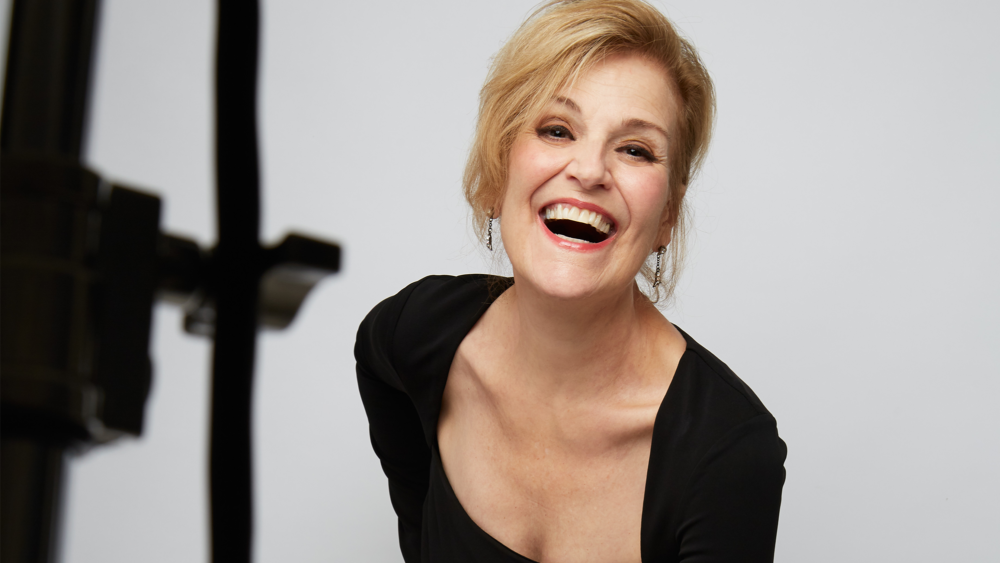 5pm: Metropolitan Opera: Free Student Stream Carmen Richard Eyre’s stunning new production of Bizet’s opera was the talk of the town when it was unveiled on New Year’s Eve 2009. Elīna Garanča leads the cast as the iconic gypsy of the title—a woman desired by every man but determined to remain true to herself. Roberto Alagna is Don José, the soldier who falls under her spell and sacrifices everything for her love, only to be cast aside when the toreador Escamillo (Teddy Tahu Rhodes) piques Carmen’s interest. With dances created by star choreographer Christopher Wheeldon and conducted by rising maestro Yannick Nézet-Séguin, this Carmen brings every aspect of Bizet’s tale to thrilling life, from its lighthearted beginning to its inevitably tragic climax.

Welcome to Broadway Biz! a new podcast hosted by Hal Luftig. If it takes a village to raise a child, it takes an army, a peace corps, and a village to birth a Broadway show.

Tony and Olivier Award-winning producer Hal Luftig (Kinky Boots, Plaza Suite, and many more) has had successes, failures, and everything in between. Now, with humor and heart, he sits down weekly with a different artist, expert, or industry leader to chat about every step and specialty in the process that gets a show from idea to audience.

Joining Hal to celebrate the launch of his podcast are his longtime friends and collaborators: producer Dori Berinstein (The Prom); press guru Rick Miramontez; general manager Maggie Brohn (Hamilton); and director-choreographer Jerry Mitchell (Pretty Woman, Kinky Boots, Legally Blonde). Cocktails in hand, Hal and his guests will chat about their favorite musicals, the wackiest moments they’ve experienced in the theater, how they’ve been staying creative and hopeful, and what they know about the business of Broadway!

7pm: The Bath Play New Ohio Theater repeats Wednesday. This 45-minute work written and performed by Non Kuramoto is the third of the four works this month in the theater’s Producers Club developmental series. Kuramoto muses on being a first-generation immigrant and the changing ideals of familial love, as international borders become increasingly volatile.

7pm: New York Theatre Workshop: The Cooking Project, created by members of the Dominican Artists Collective and directed by Melissa Crespo, live streams November 18 at 8 PM ET and will remain available for on-demand viewing through December 15.

The piece virtually welcomes audiences to Washington Heights in Manhattan, where audiences travel with the DAC as they traverse through time and space to explore their diasporic journey—where they come from, and how they came to be.

7:30pm: Dvořák’s Rusalka Starring Renée Fleming, Emily Magee, Dolora Zajick, Piotr Beczała, and John Relyea, conducted by Yannick Nézet-Séguin. From February 8, 2014. A cornerstone of Czech opera, Dvořák’s dark and melodious take on the old Slavic yarn about a water nymph who falls in love with a human entered the repertoire in 1901. In recent decades, it has become a staple for lyric sopranos, who relish the title role’s spellbinding Song to the Moon in the first act—although the greatest challenge might be the nymph’s silent second act, after the love-struck Rusalka trades her voice to a scenery-chewing witch for the chance to become human.

8pm: Primary Stages: The Night Watcher written and performed by Charlayne Woodard. Originally presented in our 2009/2010 Season at 59E59, The Night Watcher is an auto-biographical, one-woman play by actress-playwright Charlayne Woodard. Simultaneously a best friend, advisor, confidant, and sage to the many young people who call her “Auntie,” Charlayne Woodard is childless only by biological standards. Told with penetrating grace and candor, Woodard beautifully weaves together stories of the ordinary and extraordinary ways she has mentored the children in her life. Declared “thoughtful, vivid, entertaining, and poignant” in its original run, The Night Watcher is an intimate look at the various definitions of parenthood.

8pm Stars in the House Falling Stars with Peter Polycarpou and Sally Ann Triplett Conceived and written by Peter Polycarpou (Man of La Mancha, London Coliseum; City of Angels; Donmar Warehouse; Birds of a Feather) and co-starring Sally Ann Triplett (Finding Neverland, Broadway; Viva Forever, Piccadilly Theatre; EastEnders), the song cycle is an homage to the composers, collaborators, and publishers of the 1920s, who created some of the greatest music of all time.

A teaser about the show reads: “Falling Stars is the charming story of a lost songbook; hidden away in an antique shop on the East Finchley High Road, its discovery unlocks the beautiful refrains of a bygone era. The entrancing production includes the earliest songs and forgotten melodies of composers who went on to become the most famous songwriters of the century, who changed entertainment forever.

A white female nurse at Methodist Hospital in Brooklyn, desperate to prove to her black female friend that she’s not racist, meets her friend’s husband in the laundry room… In this smart, provocative new play, cultural issues are explored and raw wounds exposed with savvy comic insight. Laced with political and sexual humor, the play’s surprises unfold continuously as it builds an unexpected climax.

8pm: BPN Live: E-Ticket to Broadway, Mickey’s Birthday Celebration! By Broadway Podcast Network. He’s the leader of the club that’s made for you and me, AND it’s his birthday! Join for a special “Extra Magic Hour” of “E-Ticket to Broadway” as part of the Broadway Podcast Network’s Special Live events on Wednesday, November 18, 2020 at 8:00pm EST to celebrate Mickey’s 92nd Birthday!

Host David Alpert will be joined by some very special E-Ticket guests: Eden Espinosa, Andrew Barth Feldman, Drew Gehling & Lesli Margherita.  The group will chat all things Disney, play games, and celebrate the Mouse that started it all. The event also serves as a fundraiser for Gilana’s Fund. See ya real soon!