What To Watch November 1st To Take Away The Blues 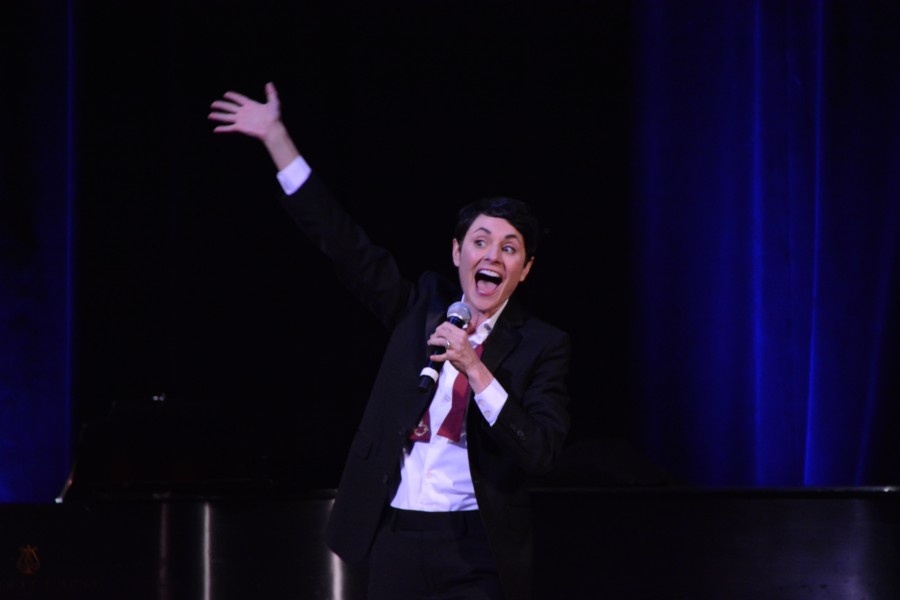 What To Watch November 1st To Take Away The Blues

2pm: Theatre for a New Audience: Sovereignty In present-day Oklahoma, a young Cherokee lawyer struggles to preserve the Violence Against Women Act’s restoration of her Nation’s jurisdiction in a pivotal case before the U.S. Supreme Court. In doing so, she must wrestle with the actions of her ancestors. In an epic story that examines the fateful treaty that sundered the Cherokee Nation’s lands in the 1830s and the painful repercussions descendants still live with today

Originally commissioned by the American Dance Festival in 1988, State of Darkness challenges Stravinsky’s cacophonous “Le Sacre du Printemps” (The Rite of Spring) with an intense 35-minute solo performance of relentless fervency, technical precision, and fearless abandon. Fenley reimagined the commanding score as the sonic landscape for a solo journey, rather than the usual ensemble interpretations.

7:30pm: Philip Glass’s Satyagraha The second installment of Philip Glass’s Portrait Trilogy of operas based on the lives of important historical figures—which began with Einstein on the Beach and concluded with Akhnaten—Satyagraha  is inspired by Mahatma Gandhi and his ideology of achieving change through peaceful protest and civil disobedience. With a libretto assembled using text from the Bhagavad-Gita, sung in the original Sanskrit, the opera has no concrete plot, instead layering various historical vignettes, political statements, philosophical musings, and parables to form a meditative work that is as much manifesto as music or theater.

8pm: The Seth Concert Series hosts Beth Malone originated the leading role of Alison in the 2015 Tony Award winning musical Fun Home, which earned her a Tony nomination. She was most recently seen in the title role of the 2020 revival of The Unsinkable Molly Brown off-Broadway at The Transport Group, directed by Kathleen Marshall. For her performance as Molly Brown in that revitalized version of the Meredith Wilson classic musical, Beth was a 2020 Outer Critics Circle Award Honoree for Outstanding Actress in a Musical as well as a Drama Desk and Lucille Lortel Award nominee. Prior to that, she was seen as the Angel in the Tony Award Winning Broadway revival of Angels in America. She originated the role of June Carter Cash in Ring of Fire on Broadway, as well as the roles of Betty Jean in The Marvelous Wonderettes and Alison in Bingo off-Broadway. Other Off-Broadway and Regional credits include Fun Home (The Public Theater), The Unsinkable Molly Brown (MUNY St. Louis, Denver Center), Sister Act (Alliance Theatre), Annie Get Your Gun (CMT). On film, Malone can be seen in Taylor Hackford’s The Comedian, co-starring opposite Robert DeNiro and Edie Falco. Other film credits include Hick with Eddie Redmayne, Twist of Faith, The Interview, and the upcoming Brittany Runs A Marathon opposite Jillian Bell. Beth appeared as the recurring character of Claudia Monarch (a surrogate Rachel Maddow) on CBS’ Braindead. Other television credits include Bull, The Good Wife, Reno 911, Judging Amy, Laying Low, What’s On?, One Minute Soaps and the Fox pilot Second Nature. She is the author and star of the critically acclaimed one-woman show Beth Malone: So Far.

8pm: Macbeth: A Surround Sound Experiment Shakespeare’s tale of political ambition re-imagined as a virtual, immersive auditory experience. Directed and adapted by Joseph Discher, the audio event, featuring an immersive soundscape by Will Padilla, is designed to be listened to by candlelight with headphones.

8pm: November by Claudia Rankine By The Shed a new film adapted from her play Help that pairs an examination of white male privilege in the U.S. with images of Black joy, freedom, and beauty.

Filmed live on stage in The Shed’s McCourt, the Narrator discusses how our civic and social structures are dominated by white men as the work sets out to create a shared sense of reality. Vignettes of Black life shot on location around New York City complement the reckoning. The film, featuring stage direction by Obie winner Taibi Magar, was commissioned by The Shed and co-produced in partnership with Tribeca Studios.

8:30pm: Vineyard Theatre: Lessons in Survival a cohort of actors channel historic conversations, interviews and speeches, listening to original broadcasts on an in-ear feed and speaking exactly what they hear.

EP 8: “To Teach is a Revolutionary Act”

In bringing these words to new life in the present, they ask what these voices can teach us about our country now and the opportunity for true change that stands before us. How might they propel us to look courageously at the effects of systemic racism, to imagine ourselves outside of its prescriptions, and to create, together, a shared future of collective liberation?