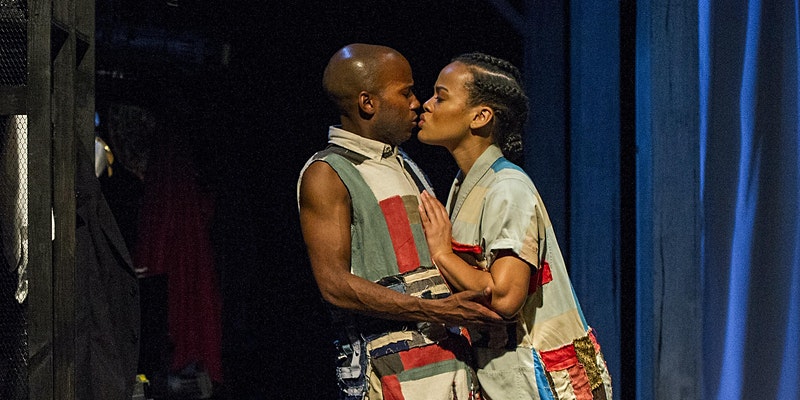 9:30am: Saturdy Morning Live! By National Theatre U B U: I B ME. The National Theatre in D.C. returns with the family favorite series—this time virtually! The performances will offer insights and entertainment especially suited for these times.

This episode: Come on down to Hadestown with Kay Trinidad as she teaches some of the music and original choreography to 2019 Tony-winning musical.

7pm: The Burdens Play-PerView. In this play by Matt Schatz featuring William Jackson Harper, Mordy is a struggling musician and his older sister Jane is a successful attorney. When their widowed mother’s life becomes taxed by her terrible, centenarian father, the two adult siblings are drawn into an elaborate plot to relieve her burden… and their own.

7pm: Madeleines: Tell Me What it Was Like New Ohio Theater. Repeats Sunday. In this final of four works this month in the theater’s Producers Club developmental series, poets Mike Lala and Iris McCloughan move through a complex exchange around memory, desire, and the allure of what might have been.

7:30pm: Puccini’s Turandot Starring Christine Goerke, Eleonora Buratto, Yusif Eyvazov, and James Morris, conducted by Yannick Nézet-Séguin. From October 12, 2019. An ancient Chinese princess presents each new suitor with a series of riddles; success will win her hand, but failure costs his head. One brave warrior prince rises to the challenge, determined to thaw Turandot’s frozen heart. Puccini raises the temperature to boiling by lavishing the legendary tale with some of his finest and most spectacular music—not to mention “Nessun dorma,” one of the catalog’s most beloved arias. Combined with Franco Zeffirelli’s breathtakingly opulent production, it makes for one of opera’s grandest experiences.

America v. 2.1, or the Sad Demise and Eventual Extinction of the American Negro, is a day in the life of a troupe of historical re-enactors charged with telling the tragic story of what was once was the American Negro, a woeful race once featured prominently in the American landscape, but whose time has been extinguished at their own foolish hand. The troupe finds themselves at odds with the state of their own existences while being painfully oblivious to the parallels and intersections their lives draw to that of the very Negroes whose story they are bound to tell. As this oblivion fades and they are faced with their stark reality, this day in the life of actors, becomes a day of reckoning.

The funds raised from this reading will be split between the artists participating and Colt Coeur.

8pm: Rule of 7×7: November Edition. Rule of is an ongoing series that premieres 7 brand-new 10 minute plays by 7 different writers. For each show, every playwright comes up with one rule, then the 7 playwrights create new plays using all 7 rules. Some past rules have been: “Bright sunshine.” and “Somewhere on page one: a back-handed compliment, followed by ten seconds of silence.” and “‘This reminds me of the time I (an action) with (a person).'”

Conceived and produced by Brett Epstein

Suzanna BowlingMay 10, 2022
Read More
Scroll for more
Tap
A Movie for Mankind – ‘The Antidote’ is Must Watch This Weekend
Streaming a Brilliant Baggy Panted Bill Irwin On Beckett / In Screen