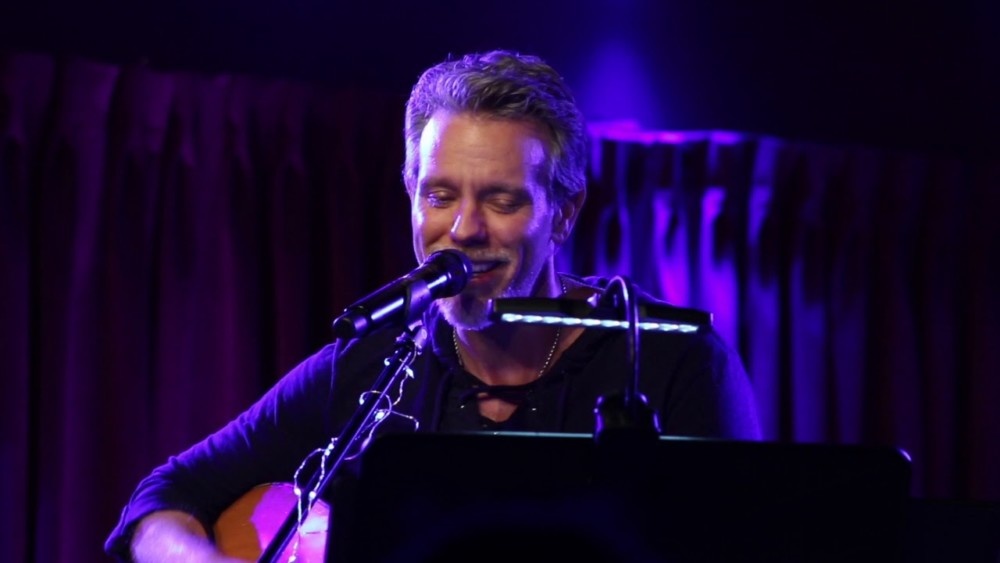 Thanksgiving for One Playing on Air. In this audio drama by Hamish Linklater, . Marjorie Mumms (Jean Smart) would rather not be eating her holiday turkey alone at the Ruth’s Chris Steakhouse. She can’t get a decent gin & tonic, her daughter is spending Thanksgiving in another state, and her crazed waiter has cast her in a festive audio play.

5pm: Jarrod Spector & Kelli Barrett – LIVE from Adelphi Hitched in 2014, Kelli Barrett & Jarrod Spector present Funny How It Happens, an intimate look at the uncanny parallels and fortuitous make-it-or-break-it moments throughout their careers and friendship that eventually brought them together. The show features pop favorites and iconic songs from their Broadway musicals while offering an inside (and often hilarious) scoop on what life is really like as a married Broadway power couple.

7pm: Madeleines: Tell Me What it Was Like New Ohio Theater. Repeats Sunday. In this final of four works this month in the theater’s Producers Club developmental series, poets Mike Lala and Iris McCloughan move through a complex exchange around memory, desire, and the allure of what might have been.

7:30pm: Berg’s Wozzeck Starring Elza van den Heever, Tamara Mumford, Christopher Ventris, Gerhard Siegel, Andrew Staples, Peter Mattei, and Christian Van Horn, conducted by Yannick Nézet-Séguin. From January 11, 2020. A brutal yet captivating piece of music and theater, Wozzeck is based on Georg Büchner’s groundbreaking play Woyzeck, a searing, shockingly modern drama that was written in the 1830s but first saw the stage some 80 years later as the First World War inexorably approached. It is the harrowing tale of a hapless soldier driven by humiliation and jealousy to murder his lover, and Berg only amplifies the suffering and horror with his brilliantly thorny, overwhelmingly powerful score—the ultimate musical depiction of a mind’s descent into madness.

8pm: Electricidad Center Theatre Group through January 20. The final play in the Greek Trilogy of Luis Alfaro, each of them adapting ancient Greek tragedy to modern-day Latinx in the U.S. In the days following the murder of her father by her mother, Electricidad is committed to vengeance. To get it, she’ll need her brother, Orestes, to return from Las Vegas and help her finish the job.

8pm: The Seth Concert Series hosts Adam Pascal! Tony-nominee and Obie and Theatre World Award winning star, has created some of the most memorable roles in recent Broadway history. He shot to stardom for originating the role of Roger in the Broadway blockbuster Rent, as well as the London production, and starred in the film version. He also originated the role of Radames in Elton John and Tim Rice’s Aida, and was featured as the Emcee in the critically acclaimed revival of Cabaret directed by Sam Mendes. He has recently starred on Broadway in Memphis, Chicago and the original cast of Disaster! (co-written by Seth Rudetsky!) Other of his recent performances include the role of Freddie in Chess at the Royal Albert Hall in London, alongside both Idina Menzel and Josh Groban. This performance was recorded for PBS’ Great Performances series and has been released on DVD. He also reprised his starring role in the 2009 Broadway Tour of Rent. His film work, in addition to the screen version of Rent, includes SLC Punk!, School of Rock and the movie musical Temptation. He has also released two solo rock albums, “Model Prisoner” and “Civilian” for Sh-K-Boom Records. Adam was seen recently as William Shakespeare in the 2017 National Tour of the Tony Award-winning musical comedy Something Rotten! and starred last season as Edward in the new musical Pretty Woman on Broadway.

Click here for tickets. Hershey Felder as Claude Debussy in A Paris Love Story will be performed live and streamed November 22, 2020, with additional viewing access for ticket buyers through November 29.

Originally created for the stage and seen in sold-out productions across the US, Felder now reshapes the work with new material for the screen, presented in a rich, filmic setting that offers audiences a front row seat for this intimate look at the music and life of a great genius. This musical masterpiece will be directed by Florentine cinema artist Stefano Decarli based on the original stage play directed by Trevor Hay, and presented by Hershey Felder Presents – Live from Florence.