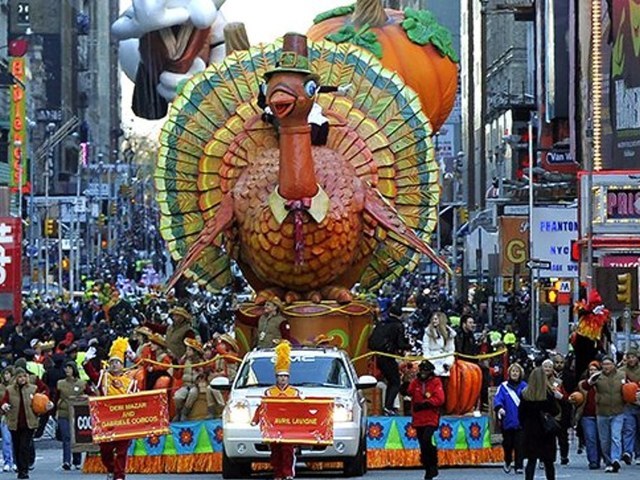 9am: The Macy’s Thanksgiving Day Parade NBC has Ain’t Too Proud (“My Girl” and “Get Ready”), Hamilton (“The Schuyler Sisters”which includes a salute to NYC as “the greatest city in the world”), Jagged Little Pill (“You Learn”), and Mean Girls (“Someone Gets Hurt”). (information about the pandemic-adjusted parade)
On CBS: Dear Evan Hansen (“You Will Be Found”), and Come From Away (“Somewhere in the Middle of Nowhere”)

*A Duet Sung by The Prom Broadway Stars Isabelle McCalla (The Prom, Aladdin) and Caitlin Kinnunen (The Prom, Bridges of Madison County)

*A Dance Party with Dionne Figgins (Motown: The Musical, Memphis)

*Matthew Canann: Will read a book and take us on a journey through Indigenous history, and will also be joined by some musicians in his tribe.

To get a shout out from the stars, you can make a donation with this link https://fundraising.fracturedatlas.or…

Proceeds from Donations go to https://www.navajohopisolidarity.org/ a grassroots organization that has started a relief fund for the Navajo and Hopi families, by purchasing 2 weeks of food for families.

Link to be in the room: https://calendly.com/vasthysfriends/v…

In June, Josh did his first livestream concert with high-quality sound and lighting that was streamed to 63 countries around the world.

The series continues with staff writer and former theatre critic at The New Yorker..

In 1909, not five years after scandalizing the cultural intelligentsia with his lurid one-act opera Salome, the young Richard Strauss shocked them again with a darkly psychoanalytic take on the Sophocles play about an ancient Mycenaean princess’s wish to avenge the assassination of her father, Agamemnon. Sparks fly throughout her confrontations with various members of her family, and the chilling score calls for singers capable of competing with the largest orchestra in the standard opera repertory.

8pm: Stars in the House: Thanksgiving Special By The Actors Fund. Stars in the House is the daily live streamed concert series created by Playbill correspondent and SiriusXM Broadway host Seth Rudetsky and producer James Wesley.

Episode: Spend a safe Thanksgiving with Stars In The House. Let’s all eat and dish together!