What To Watch November 2nd To Take Away The Blues 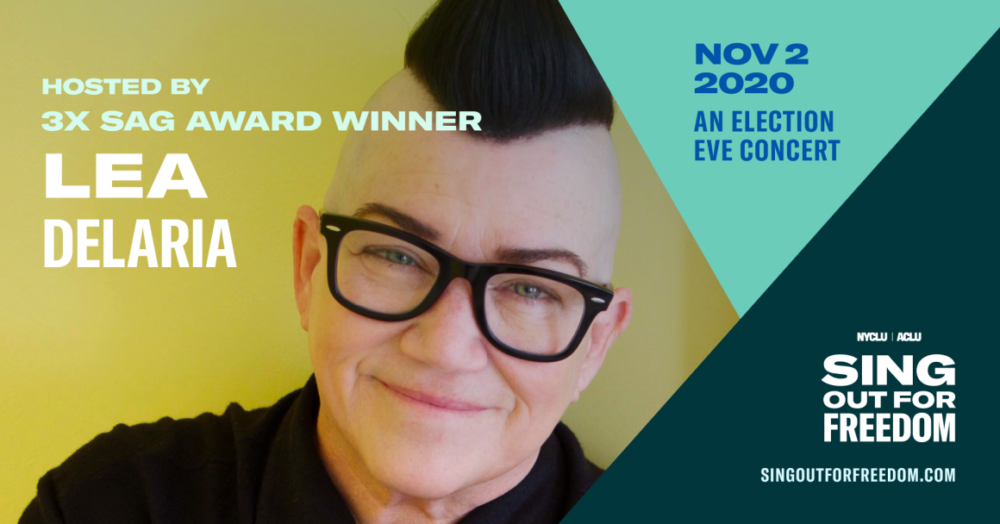 What To Watch November 2nd To Take Away The Blues

3pm: The Seth Concert Series hosts Beth Malone originated the leading role of Alison in the 2015 Tony Award winning musical Fun Home, which earned her a Tony nomination. She was most recently seen in the title role of the 2020 revival of The Unsinkable Molly Brown off-Broadway at The Transport Group, directed by Kathleen Marshall. For her performance as Molly Brown in that revitalized version of the Meredith Wilson classic musical, Beth was a 2020 Outer Critics Circle Award Honoree for Outstanding Actress in a Musical as well as a Drama Desk and Lucille Lortel Award nominee. Prior to that, she was seen as the Angel in the Tony Award Winning Broadway revival of Angels in America. She originated the role of June Carter Cash in Ring of Fire on Broadway, as well as the roles of Betty Jean in The Marvelous Wonderettes and Alison in Bingo off-Broadway. Other Off-Broadway and Regional credits include Fun Home (The Public Theater), The Unsinkable Molly Brown (MUNY St. Louis, Denver Center), Sister Act (Alliance Theatre), Annie Get Your Gun (CMT). On film, Malone can be seen in Taylor Hackford’s The Comedian, co-starring opposite Robert DeNiro and Edie Falco. Other film credits include Hick with Eddie Redmayne, Twist of Faith, The Interview, and the upcoming Brittany Runs A Marathon opposite Jillian Bell. Beth appeared as the recurring character of Claudia Monarch (a surrogate Rachel Maddow) on CBS’ Braindead. Other television credits include Bull, The Good Wife, Reno 911, Judging Amy, Laying Low, What’s On?, One Minute Soaps and the Fox pilot Second Nature. She is the author and star of the critically acclaimed one-woman show Beth Malone: So Far.

6pm: After Hours Keen Company connects audiences with luminaries of the theatre world, every Monday night at 6:30pm on Keen Company’s website and Facebook page. Team Keen and a special guest will discuss their careers, their artistic process, and take questions from the audience. Next up is Lilli Cooper on November 2nd, and Adam Gwon on November 9th.

Tony nominee Liesl Tommy directs the evening. The concert to protect the right to vote will also honor the legacies of Justice Ruth Bader Ginsburg, Rep. John Lewis, and suffragists, along with other activists and citizens who have fought for and protected American voting rights.

Sing Out for Freedom was co-founded by Donna Lieberman, Liana Stampur, and Erich Bergen.

7pm: The High Captain By The Tank In this searing political satire, several shipwrecked barge workers attempt to set up a government on their new island home, a task complicated by the fact that they’re high on the barge’s petroleum cargo. When challenges such as racism, civil liberties, and religious freedom arise, sides are eventually taken and an election is held to determine the new “captain” of the island.

Presented by the Invisible Dog Art Center with additional support from Mamie Kanfer and Justin Stewart.

7:30pm: Verdi’s Don Carlo With its inexhaustible bounty of arias, duets, quartets, and even a prison riot, this historical masterwork about the heir-apparent of King Philip II of Spain shows the composer at his thrilling, imaginative best. The six singers at the helm must be steely and intrepid, capable of delivering high notes, steroidal emotions, and the narrative twists and turns of this titanic score. And in this classic telecast from 1980, legendary soprano Renata Scotto and her stellar castmates certainly rise to that challenge.

8pm: We The People By The Public Theater Public Forum continues a beloved Election Night tradition with a new twist, and a new date! This season, We the People will take place online the night prior to the election and will feature performances and commentary. Celebrate the democratic process and unite virtually with community through music and poetry by The Public’s family of artists and enter election day galvanized and ready to use your voice!