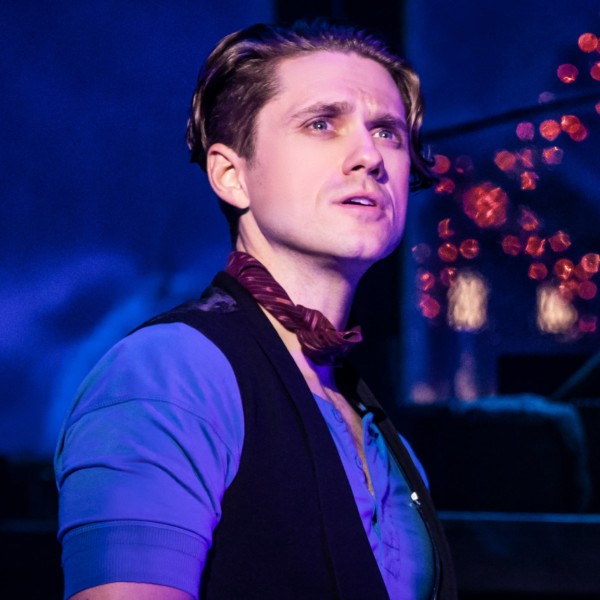 9:30am: Saturdy Morning Live! By National Theatre. Culture, music and theatre collide in bite-sized virtual experiences crafted by world-renowned educator and performer Paige Hernandez. Paige and Friends will feature some of Paige’s favorite artistic collaborators as they discuss collaboration, creativity, self-care and dreams for the future.

Dreaming of the Future. Gonzo’s Multiverse is a virtual variety show traveling through the space-time imagination of storyteller David Gonzalez. Touching down in places called Animalation, ToyzRool, and Storeez each episode features a mix of digital and live-action storytelling, interviews with amazing artists, and explorations of miniature marvels in the natural world.

11am: 2020 La MaMa Love Global Gala By La Mama brings artists together from around the world to celebrate the spirit and community that have fueled La MaMa’s work for the past 58 years.

This year’s virtual gala marks the first time that their global community will be able to join from wherever they are on November 7, Ellen Stewart’s birthday. The Honored Guest for the Love Gala will be filmmaker, activist and podcaster Abigail E. Disney.

The Gala will be hosted by Bill Pullman and Tamara Hurwitz Pullman. Honorary chairs for the event are Amy Sedaris and Philip Glass.

The Gala will feature performances from La MaMa 2020-21 Resident Artists and more to be announced.

Playwrights in Nairobi will be with audience members in Krakow, actors in Seoul will join with theatre-lovers in Sao Paolo in our virtual space to celebrate our global history of revolution and social change. Love is what La MaMa was founded on: love for creativity, love for humanity, and love for the earth. ­

Broadway Celebrates Veteran’s Day will feature many of your favorite Broadway performers, musicians, and crew singing and performing in this ‘can’t miss’ virtual concert of heartfelt thanks and recognition to the hundreds of thousands who have served and continue to serve to keep this country safe. Hear favorite selections such as “The Impossible Dream,” “Imagine,” “America the Beautiful,” “Boogie, Woogie, Bugle Boy,” and much more.

12pm: Star Studio: Marcia Milgrom Dodge By Cape Playhouse teaches a class on dissecting and performing monologues. Take up the director’s chair with a double feature class November 7th and 14th from Tony Nominee Marcia Milgrom Dodge (Ragtime) as she gives a behind the scenes look at how a director approaches a script.

2pm: iHeartRadio Broadway Salutes The 2020 Tony Nominees Adrienne Warren, Aaron Tveit, Celia Rose Gooding, and more stars are set to take part in the iHeartRadio Broadway Salutes The 2020 Tony Nominees broadcast in November. The special event will feature songs from the Best Musical nominees and interviews with the cast and creators from each show.

The special is scheduled to air November 7 at 2 PM ET and rebroadcast November 9 at 7 PM. Click here to listen.

2pm and 7pm: Guards at the Taj Atlantic In 1648 in India, two Imperial Guards watch from their post as the sun rises for the first time on the newly-completed Taj Mahal, after which they are ordered to commit a massacre. First of three days of the original cast reading this play by Rajiv Joseph, directed by Amy Morton. Reservations required.

2:30pm: Martha Graham Dance Company: Martha Matinee Night Journey is one of Martha Graham’s greatest masterworks. It tells the Oedipus story through the eyes of his wife and mother Jocasta. Night Journey Choreography and Costumes by Martha Graham Music by William Schuman Set by Isamu Noguchi Original lighting by Jean Rosenthal Adapted by Beverly Emmons Premiere: May 3, 1947, Cambridge High School, Cambridge, Massachusetts “And loudly o’er the bed she wailed where she / In twofold wedlock, hapless, had brought forth / Husband from a husband, children from a child. / We could not know the moment of her death / Which followed soon.” – Sophocles In Night Journey, it is not Oedipus but Queen Jocasta who is the protagonist. The action of the dance turns upon that instant of her death when she relives her destiny and sees with double insight the triumphal entry of Oedipus, their meeting, courtship, marriage, their years of intimacy which were darkly crossed by the blind seer Tiresias until at last the truth burst from him. The chorus of women, who know the truth before the seer speaks it, tries in vain to divert the prophecy’s cruel conclusion.

3pm: Gare St Lazare: Title and Deed by Will Eno (The Realistic Joneses, Thom Pain (based on nothing), The Open House, The Underlying Chris). Directed by Judy Hegarty Lovett (How It Is, Here All Night, The Beckett Trilogy). Performed by Conor Lovett

A nameless traveller from a far off place searches for connection and solace in an unknown country in this funny and touching meditation on mortality, loneliness and innocence…

Tickets On Sale until ONE HOUR BEFORE START TIME. A Zoom link will be sent to your email address one hour in advance of the show.

7:30: Gounod’s Roméo et Juliette Gounod first composed Roméo et Juliette, as he had Faust, in the form of an “opéra dialogué”—that is, with spoken dialogue rather than recitative: “The audience’s musical attention should not be tired by the sound of chatter and padding; the audience should be afforded rests and pauses, except where the pathos of the work is at stake.” By the time of the premiere at the Théâtre Lyrique on April 27, 1867, however, he had been persuaded to provide recitatives. Despite the opera’s immediate success (a total of 89 performances in the first season, no doubt due in part to the Universal Exposition in Paris that year), the process of turning Roméo into a grand opera would continue over some two decades. Georges Bizet had a hand in the modifications for the move to the Opéra Comique in January 1873, as Gounod was in London at the time. When, after 291 performances at the Comique, Roméo was again transferred, this time to the Opéra, Gounod made still further changes, notably the addition of a wedding ballet and a big ensemble. The cast for this gala occasion, on November 28, 1888, included Adelina Patti (Juliette), Jean de Reszke (Roméo), Leon Melchissédec (Mercutio), and Edouard de Reszke (Friar Laurence), with the composer on the podium.

Houston Public Media’s Ernie Manouse will emcee the evening, which will feature a performance by Mitchell (joining remotely from New York City).

Guests will be able to watch the streaming program and simultaneously use an app to participate in live and silent auctions, with all proceeds going to the non-profit theatre company.

8pm: SoHo Playhouse: Krapp, 39  is a hilarious and heartbreaking window on one man’s last moment of youth inspired by Beckett’s “Krapp’s Last Tape.”

8pm: Metropolitan Playhouse: Shell Shock A desperate act of battlefield heroism, a tortured memory of selfish recklessness: Which is the truth?
A probing play of memory, motive, and true heroism with a Hitchcockian twist as a stricken soldier confronts his history and humanity.

8:30pm: The Old Globe: Day of the Dead/Día de Muertos AXIS Event back for a sixth consecutive year!

Join us online on November 7, 2020 from 11 AM to 1 PM PT for some traditional Mexican music, recorded bilingual short plays from past coLAB productions, activities to enjoy at home with the whole family, and more sorpresas!