What To Watch October 12th To Take Away The Blues 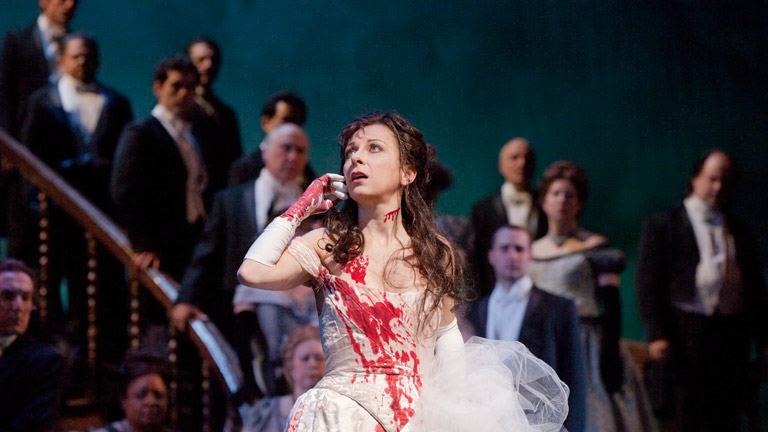 What To Watch October 12th To Take Away The Blues

The American Dance Guild Performance Festival: 10 Years Over 10 Weeks October 12-18: Donald McKayle, Erick Hawkins (2009). Reaching into its archival treasure trove of rarely seen recordings of past events, The American Dance Guild on October 12 will begin a virtual offering 10 Years Over 10 Weeks, a rich collection of video performances of honorees and guest artists over the last ten years of ADG Performance Festivals. The video stream, which will run for ten weeks, will feature works by more than 25 dance luminaries from ADG Festivals 2009-2019. Each of the Festival artists will appear sequentially by year, running for one week. The live festival has been postponed this year in response to the Covid-19 pandemic.

The yearly American Dance Guild Festival is a themed live event which presents over 30 artists of diverse backgrounds, ages and aesthetics ranging from modern to post-modern, to performance art to cultural hybrids.  As well, each year luminaries in Dance are recognized with awards of Distinguished Artistry and Lifetime Achievement, and it is these artists who are featured in this special presentation.

8pm: The Seth Concert Series hosts Beth Leavel Beth Leavel just starred in her 13th broadway show, The Tony nominated and Drama Desk Winner for Best Musical, The Prom. She was awarded with Tony, Drama Desk, Outer Critics Circle and Drama League Award nominations for leading actress in a musical for her portrayal of Dee Dee Allen, a role written specifically for her. Beth also received a Tony, Drama Desk, NY Outer Critics Circle and LA Drama Critics Award for her performance as the title character in The Drowsy Chaperone on Broadway as well as receiving a Tony, Drama Desk, and Outer Critics Circle award nomination for her role as Florence Greenberg in Baby, It’s You. Other Broadway roles include June Adams in Bandstand, Emily in Elf, Donna in Mamma Mia!, Frau Blucher in Young Frankenstein, Dorothy Brock in the revival of 42nd Street, Tess in the original company of Crazy For You, Mrs. Bixby in The Civil War, Ellie in Hal Prince’s Showboat, and Anytime Annie (Broadway debut) in 42nd Street. She has made numerous appearances on television and in commercials. It was recently announced that Beth is slated to play Miranda Priestly in Elton John’s upcoming musical adaptation of The Devil Wears Prada on Broadway next season.

7:30pm: American Moor Red Bull Keith Hamilton Cobb performs in his play about an African-American actor responding to the demands of role he long resisted, that of Othello.

7:30pm: Donizetti’s Lucia di Lammermoor The title role of Donizetti’s chilling tragedy based on Sir Walter Scott has become an icon in opera and beyond, an archetype of the constrained woman asserting herself in society. The insanity that overtakes and destroys Lucia, depicted in opera’s most celebrated mad scene, has especially captured the public imagination. The composer’s handling of this fragile woman’s state of mind remains seductively beautiful, thoroughly compelling, and deeply disturbing, but the score as a whole brilliantly displays the composer’s mastery of bel canto vocal writing.

8pm: Baryshnikov Arts Center: State vs. Natasha Banina  From Boston’s award-winning Arlekin Players Theatre, this interactive digital production is set inside a live “ZOOM courtroom,” where the virtual audience serves as the jury. Performer Darya Denisova gives a “mesmerizing portrayal” (The Boston Globe) of Natasha Banina, a teen orphan on trial for a crime of passion, whose alluring testimony reveals her dreams for love, family, and freedom.

This inventive digital production that began in May 2020 as a living room experiment and went on to earn critical acclaim from The New York Times is based on Natasha’s Dream by the Russian playwright Yaroslava Pulinovich. Says director Igor Golyak, “We are creating a new art form to overcome social distancing, the pandemic, and ultimately unite people in one virtual space by merging theater, cinematography, and video games.” A leading example of innovation in virtual theater, State vs. Natasha Banina is evidence that live performance can engage audiences even when experienced at home.