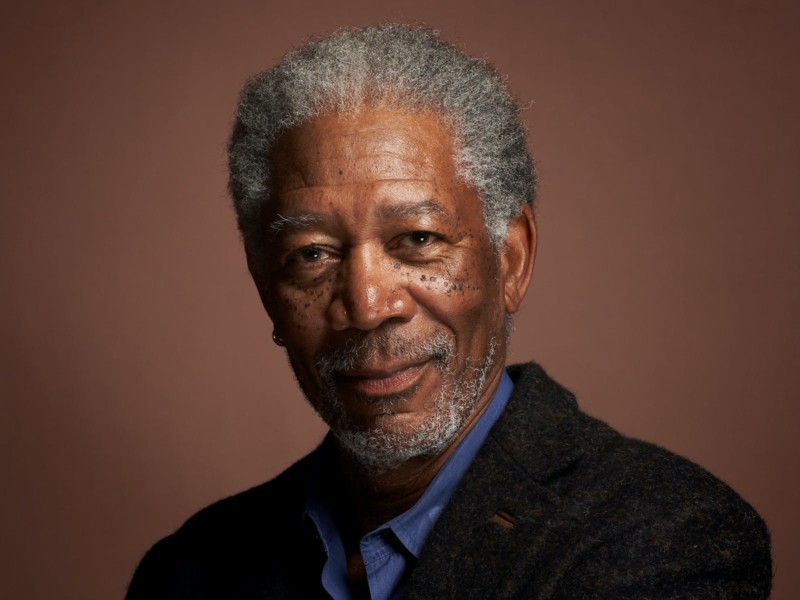 2pm: The King Lear Project Theater of War Productions. A starry cast read an adaptation of Shakespeare’s play as a launching-point for a community discussion of caregiving and death.

2pm: Exploring Othello in 2020 By Red Bull Theater. Over the course of four Wednesday afternoons, Red Bull Theater will bring together a group of BIPOC theater artists to read and discuss Shakespeare’s Othello with celebrated Shakespeare scholar, Ayanna Thompson.

3pm: Give Me Your Hand By Irish Repertory Theatre In this special engagement, two of Ireland’s finest actors, Dearbhla Molloy and Dermot Crowley, take audiences on a virtual stroll through London’s National Gallery, discovering afresh the Museum’s masterpieces from Van Gogh and Van Eyck, to Rubens and Gainsborough. With humor and grace, Crowley and Molloy breathe fresh life into each painting’s subjects with poetic stories from renowned Irish poet Paul Durcan.

2pm: Exploring Othello in 2020 By Red Bull Theater Over the course of four Wednesday afternoons, Red Bull Theater will bring together a group of BIPOC theater artists to read and discuss Shakespeare’s Othello with celebrated Shakespeare scholar, Ayanna Thompson.

In this special three-part SigSpace Summit series, Twilight: 2020, Anna Deavere Smith invites guests to have candid conversations about how the protests for the arrests of George Floyd’s killers and resurgence of the Black Lives Matter movement echo the events around the arrest and beating of Rodney King revisited in her play, Twilight: Los Angeles, 1992.

In this second installation, Anna interviews Héctor Tobar who was a dramaturg on the original production of Twilight: Los Angeles, 1992 and is a Los Angeles-born author and journalist.

5pm: Metropolitan Opera: Free Student Stream Hansel and Gretel This deliciously dark take on the beloved Brothers Grimm fairy tale, appealing to audiences of all ages, was part of the Met’s popular English-language holiday series. Alice Coote and Christine Schäfer star as the famous siblings lost in the woods, who battle the ravenous Witch—a zany portrayal by tenor Philip Langridge—while the Met orchestra, under the baton of Vladimir Jurowski, glories in the rich, folk-inspired score.

6pm: Zanna, Don’t! Cast Reunion the gang from Heartsville High are getting back together for one night only, when the cast of the Off-Broadway cult musical favorite Zanna, Don’t! gathers digitally for an hour of chat, catch-up and questions from fans. The online reunion will take place during new works development organization Live & In Color’s weekly online talk show Be Our Guest.

Set in a parallel universe where being gay is the norm and heterosexuality is taboo, Zanna, Don’t! is the musical fairy tale of local matchmaker Zanna who brings together happy couples in the fictional idyllic Midwest American town of Heartsville. Heterophobia rears its head when an opposite sex couple discover their feelings for each other. Eventually tolerance wins hearts and minds and all live happily ever after.

The performance kicks off with the invention of the love song in the feminist medieval court of Eleanor of Aquitaine, and winds its way through the long history of the cult of love. Errico will present her favorite French love songs, including Michel Legrand’s “Valse des Lilas,” and examples of the American appreciation of France such as Cole Porter’s “I Love Paris.”

The Broadway alum will also perform the world premiere of a love song written by Gopnik and David Shire from a musical they are developing about Eleanor of Aquitaine.

7pm: Give Me Your Hand Irish Rep through October 18th. Dearbhla Molloy and Dermot Crowley, take audiences on a virtual stroll through London’s National Gallery, using the poems of Paul Durcan

When dowager Mrs. Catheine Dejoie, of polite Louisiana society, dies, she leaves the entire estate to her estranged granddaughter Milla, but only if Milla comes home from her self-imposed, decade-long exile to bury Catherine. Milla reluctantly leaves her life in France and returns to her ancestral home, a sprawling postbellum Southern mansion, and to her mother, a faded alcoholic debutante undone by the burden of bearing the family’s legacy.

A young woman steps outside the confines of her insular ultra-Orthodox community in Brooklyn and finds herself as much an immigrant in a new land as the recently arrived students she teaches in her New York adult English class. Lives intertwine as each in their own way struggles to belong, find love, and succeed in a new country.

8pm: Give Me Your Hand Irish Rep through October 18th. Dearbhla Molloy and Dermot Crowley, take audiences on a virtual stroll through London’s National Gallery, using the poems of Paul Durcan

7:30pm: Donizetti’s L’Elisir d’Amore As intoxicating as the cheap wine passed off by a traveling huckster as the potent love potion of the title, Donizetti’s delightful comedy enchants the audience with slapstick humor and its charming lead couple: a hapless but big-hearted peasant and the clever, kind landowner he loves. It also doesn’t hurt that the score is an endless parade of spectacular ensemble numbers and show-stopping arias—like the beloved “Una furtive lagrima,” one of opera’s ultimate tenor showcases.

8pm: Baryshnikov Arts Center: State vs. Natasha Banina  From Boston’s award-winning Arlekin Players Theatre, this interactive digital production is set inside a live “ZOOM courtroom,” where the virtual audience serves as the jury. Performer Darya Denisova gives a “mesmerizing portrayal” (The Boston Globe) of Natasha Banina, a teen orphan on trial for a crime of passion, whose alluring testimony reveals her dreams for love, family, and freedom.

This inventive digital production that began in May 2020 as a living room experiment and went on to earn critical acclaim from The New York Times is based on Natasha’s Dream by the Russian playwright Yaroslava Pulinovich. Says director Igor Golyak, “We are creating a new art form to overcome social distancing, the pandemic, and ultimately unite people in one virtual space by merging theater, cinematography, and video games.” A leading example of innovation in virtual theater, State vs. Natasha Banina is evidence that live performance can engage audiences even when experienced at home.

State vs. Natasha Banina is followed by a discussion with the artists and audience.

In a society that views premarital sex as illegal and prohibits marriage until the groom can assure that he has secured an apartment or a house, many couples endure long and frustrating engagements.  This crisis is further compounded by a critical shortage of housing and what housing stock is available is prohibitively expensive except for the very wealthy.  The Boatman follows a young couple who have been engaged for 7 years and are aching for each other as they struggle with their desire to marry and begin their lives.  They encounter a censorious policeman and his wife who condemn them and threaten to turn them in to the authorities for public demonstrations of affection.  The policeman accepts a bribe to provide them with contact for his brother, a boatman, who, for a small fee, will take them out on the water beyond the damning eyes of society where they may finally share their love.  Of course, that is not what happens.

8:30pm: BPN Town Hall: Broadway for Biden Pep Rally! By Broadway Podcast Network The lights of Broadway may be dark due to this administration’s failure to control COVID-19, but the passion and activism of the Broadway community shines bright, as we fight for the leadership and change that arrives with a Biden-Harris Administration,” said Host Eric Ulloa. “To kick off the last few weeks before the election, we give you a Broadway Pep Rally to cheer on the future we can’t wait to see arrive when Joe and Kamala take center stage.” Featuring special guests Joel Grey, Donna Murphy, Harolyn Blackwell, James Monroe Iglehart, Telly Leung, Lesli Margherita, Patti Murin, Brandon Uranowitz, Zachary Prince, Leslie Uggams, and stars from Beetlejuice, Alex Brightman, Sophia Anne Caruso, and Dana Steingold! The Broadway for Biden Pep Rally is a rev-up to the final weeks before the November election and is organized to cheer supporters into the last moments of campaign work that will put our best foot forward, ready people with a voting plan, and create ideas for getting as many voters to the polls as possible. The pep rally will also include personal reasons and policy proposals that make the Broadway community all in for Biden.