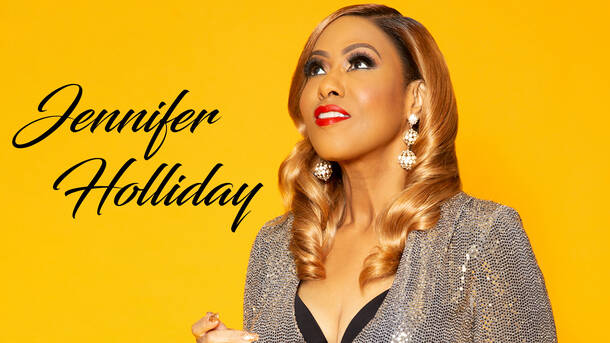 The online exhibition features Hirschfeld’s drawings depicting Presidents, First Ladies and presidential candidates; as well as representations of presidents, historical and fictional, from stage screen and television including 1776, Assassins, The Manchurian Candidate, and a previously unpublished drawing of the TV show The West Wing.

Conflict Mint Theater Available through November 1
The HD recording of the Mint’s production of this 1925 political love story by Miles Malleson (1888-1969, largely known as a character actor) , about a woman who is lovers with a Conservative candidate for Parliament, whose opponent believes passionately in social justice. She is caught in-between them. “Politics become personal, and mudslinging threatens to soil them all.”

The American Dance Guild Performance Festival: 10 Years Over 10 Weeks October 12-18: Donald McKayle, Erick Hawkins (2009). Reaching into its archival treasure trove of rarely seen recordings of past events, The American Dance Guild on October 12 will begin a virtual offering 10 Years Over 10 Weeks, a rich collection of video performances of honorees and guest artists over the last ten years of ADG Performance Festivals. The video stream, which will run for ten weeks, will feature works by more than 25 dance luminaries from ADG Festivals 2009-2019. Each of the Festival artists will appear sequentially by year, running for one week. The live festival has been postponed this year in response to the Covid-19 pandemic.

3pm: The Seth Concert Series hosts Keala Settle Keala Settle received world-wide attention for portraying Lettie Lutz, a bearded lady, in 2017’s musical film The Greatest Showman, alongside stars Hugh Jackman, Zac Efron, and Zendaya. The song “This Is Me” from the film, principally sung by Settle, won the 2018 Golden Globe Award for Best Original Song, and was nominated for the Academy Award for Best Original Song.

Keala originated the role of Norma Valverde in Hands on a Hardbody, which ran on Broadway in 2013, and was nominated for the Outer Critics Circle Award, Drama Desk Award, and Tony Award for Best Featured Actress in a Musical. She was also awarded the Theatre World Award for Outstanding Broadway or Off-Broadway debut performance during the 2012-13 theatrical season. She has also been featured on Broadway as Madame Thenardier in the 2014 revival of Les Misérables, and originated the role of Becky in the 2016 musical Waitress, after premiering with the original cast at the American Repertory Theater in 2015. She made her Broadway debut in 2011’s Priscilla, Queen of the Desert as Shirley and in the ensemble. Keala performed in the 2013 Encores! concert staging of Violet with Sutton Foster, but did not move on to the Broadway revival due to taking the role Madame Thénardier in the revival of Les Misérables. She played the role of Tracy Turnblad in the national tour of Hairspray, and appeared in the national tour of the Lincoln Center production of South Pacific as Bloody Mary. Other notable roles include Mrs. Fezziwig in the Pioneer Theatre Company production of the musical A Christmas Carol, the Narrator in Joseph and the Amazing Technicolor Dreamcoat at the Ogunquit Playhouse.

Keala was born in Hawaii, and is a graduate of Kahuku High School, and an alumna of Southern Utah University. She began her singing career as a studio vocalist and one time backup singer for Gladys Knight in Las Vegas. The same week as The Greatest Showman film’s U.S. release in December 2017, Settle released her debut EP as Keala, titled “Chapter One,” a set of contemporary R&B-infused covers which landed on Billboard’s Heatseekers Albums chart. The follow-up, Chapter Two, arrived shortly thereafter in March 2018. NBC used “This Is Me” as an anthem for their 2018 Winter Olympics coverage.

6pm: Letters for Rebecca By Broadway Cares Tony-nominated Broadway couple Rebecca Luker and Danny Burstein will host a live stream letter writing event to drive support for accessible treatment for ALS patients October 19. Letters for Rebecca will take place at 6 PM ET on Zoom, where the pair will walk viewers through the process of writing to their own US representatives.

RSVP is required, but the event is free to participate and open to all.

Joining Luker and Burstein will be several of the couple’s Broadway friends and representatives from I AM ALS, an online resource for patients, families, and supporters. Broadway Cares/Equity Fights AIDS is a co-organizer for the event.

The letters will either encourage or thank elected officials for supporting ACT of ALS, which would allow early access to funding for successful treatments discovered in clinical trials helping patients with neurodegenerative illnesses, like ALS.

7pm: Panel on Inclusivity in the Theatre By New York Theatre Barn Through a robust conversation, moderated by New York Theatre Barn’s own Héctor​ Flores, Jr. (President of Theatre Barn Records, a new imprint of Broadway Records), acclaimed leaders of the American Theatre will discuss the obstacles and opportunities that the theatre community is currently facing. Together, they will take up space to collectively investigate, inspire, and ignite the future of the performing arts. New York Theatre Barn is committed to creating a safe space to have uncomfortable conversations comfortably, and believes that there is a place for all of us at the table of the American Theatre.Joining Flores at the table will be industry leaders:

7:30pm: Keene Red Bull In this play by Anchuli Felicia King, it’s love at first sight for Kai, a Japanese musicologist, when she spies Tyler, the only student of color in his PhD cohort, at a Shakespeare conference. Each night, while Tyler dreams he is the subject of his thesis: Ira Aldridge, the first black man to play Othello, Kai dreams of Tyler

7:30pm: Rossini’s Il Barbiere di Siviglia Rossini’s irreverent farce about a feisty young noblewoman with a mind of her own has delighted operagoers for more than two centuries. Its setting—rustic Seville—and zany storyline call for a cast of ace performers with dazzling stage presence, sizzling comic timing, and vocal agility to spare, making this the perfect playground for virtuoso singers as well as an ideal viewing experience for audiences of all ages.

8pm: Jennifer Holliday in Concert Tony Award winner Jennifer Holliday turns 60 October 19, and she’s celebrating that night with a streaming concert. Backed by a six-piece band and filming from a nightclub setting, the Dreamgirls favorite will offer hits from her stage and recording career, as well as a tribute to Aretha Franklin.

The concert will stream at 8 PM ET via Goldstar’s Stellar platform.