What To Watch October 1st To Take Away The Blues 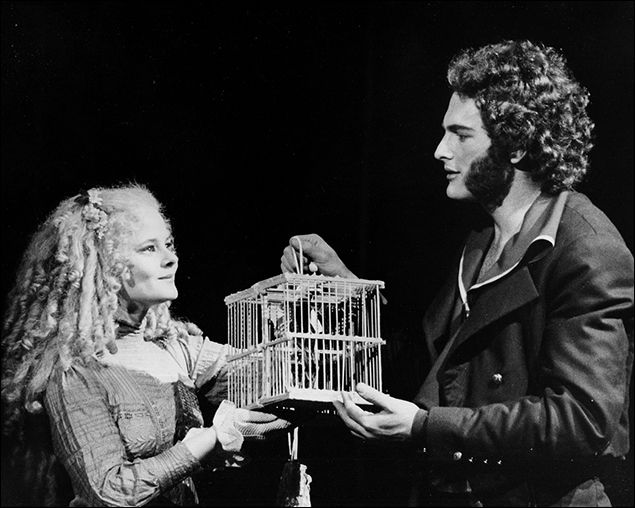 What To Watch October 1st To Take Away The Blues

From Greta Thunberg leading a global collective of youth in striking for our climate every Friday, to Mari Copeny advocating for clean water in her hometown of Flint, Michigan, youth climate activists are taking center stage.

What motivates our world’s youth to protect our planet? What are the challenges they continue to face in order to ignite change? Moderated by Jagged Little Pill’s Lauren Patten, join us for this panel of passionate youth environmentalists from around the world who are not afraid to stand up for our planet.

Each panelist will explore what it means to be a climate activist in their region of the world and talk about what inspires them to act for the future of our planet. This session will connect us to an international movement of climate action and motivate us to make change in our own communities.

3pm and 8pm: The Tribute Artist By Primary Stages59E59. Primary Stages continues its fall virtual programming with The Tribute Artist by Charles Busch. The show features Busch as an out-of-work female impersonator who, when his elderly landlady dies in her sleep, takes on her identity in order to hang on to her valuable Greenwich Village townhouse.

7pm: ¡VIVA Broadway! Hear Our Voices Concert By Playbill. On October 1, Playbill and The Broadway League present ¡Viva Broadway! Hear Our Voices, a digital concert in celebration of Latinx Heritage Month, as well as Latinx milestones in theatre. The performance will benefit Broadway Cares/Equity Fights AIDS, including championing the R.Evolución Latina initiative, and Broadway Bridges.

¡Viva Broadway! Hear Our Voices will salute the vibrant, lasting legacy that Latinx artists have contributed and continue to give to Broadway and the entire theatre community while showcasing Latinx talent in an effort to continue to increase representation throughout the industry.

7pm: To Protect, Serve and Understand Irondale Theater. A series of monologues that are the outgrowth of a workshop involving police an civilians. Before the show, a police offer and a civilian will be paired up with one another and taken through a guided interview. From that, they will each write a monologue of the others perspective and perform it, stepping into the others shoes to begin the process of understanding the other

Two River Theatre’s Two River Rising reading benefit series will donate proceeds to charities supporting COVID-19 relief. Readings selected for the series reflect the past, present and future of the theater’s diverse range of programming including reimagined classics and world premieres by the industry’s most adventurous theater artists.

7pm: Quarantine Cabaret and Cocktails produced and hosted by entertainer and LML Music founder, Lee Lessack, and actor and frequent SNL regular, Robert Bannon. The duo hosts a star-studded group of performers every week with laughs, music, and stories. Cast of Aladdin.

7:30pm: Mozart’s Die Zauberflöte Mozart’s final completed opera is many things—mystical fable, earthy comedy, humanist manifesto, arcane Masonic credo. More than all this, though, it is one of the greatest testaments to the composer’s miraculous musical and theatrical powers. No matter how you approach or interpret the story, it whisks you away into its uniquely enchanted world, and, like the magic flute that gives the work its title, has the power to “transform sorrow” and “increase the joy and contentment of mankind.”

8pm: MIT’s Playwrights Lab: Meltdown by Mary Dahl ’20. Everything in Kara’s life is just shades away from being perfect: a skilled hockey team that’s been dropped to a boring division and an amazing girlfriend who seems to be getting more and more frustrated with her. Determined to get the life she’s always wanted, Kara dives into fixing everything, but there’s just one small thing getting in the way: herself.

What’s it like hang out with these playwrights? Fun, introspective, lively, spontaneous and informative.

Tonight, it’s award-winning playwright and ACT Core Company member Yussef El Guindi, whose works focus on themes of the immigrant experience, cultural and political climates, and current issues facing Arab-Americans. Last year, ACT mounted the world premiere of his People of the Book. The anticipated play Hotter than Egypt — part of the ACTLocal series — is next up for this talented writer.