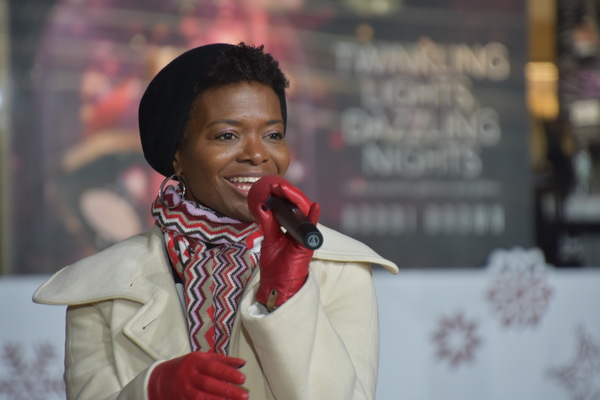 4pm: The Keys by Dorothy Lyman gets a free zoom reading. The Keys, is a story of fear, love and hope in the time of Covid. Follow Elizabeth on her next journey. Directed by Elinor Renfield. A talkback will follow the reading.

4pm: Sex and Consequences by Isabella Rossellini Sex and Consequences is a 40-minute comical, absurd, and scientifically accurate show on biodiversity and the multiple ways animals reproduce. The show, created by Rossellini with the support of Paul Magid, is a way to re-create the theatrical experience from home. The engine for this creative attempt is to satisfy the very human wish to be together and laugh, even during these challenging circumstances.

4:30pm: Olivier Awards 2020 The British equivalent of the Tony Awards

This year, The Joyce Theater’s annual benefit, the popular Choreographers & Cocktails, offers a virtual experience to dance lovers all over the globe. Tickets to Choreographers & Cocktails include all seven live performances of State of Darkness with access to view on-demand through November 7; a special discussion with choreographer Molissa Fenley and dancers moderated by Peter Boal; and a schedule of behind-the-scenes content, silent auction, and more.

7pm: The Doo-Wop Project a live concert from Shubert Virtual Studios with Broadway veterans from Jersey Boys and Motown tracing the evolution of Doo-Wop from five guys singing tight harmonies on a street corner to The Four Seasons to Maroon 5.

7:30: Strauss’s Der Rosenkavalier After scandalizing the opera world with Salome and Elektra—a pair of stark, psychoanalytic portraits of biblical and ancient Greek heroines—Strauss composed this modern drawing-room comedy to great popular acclaim. The work, which follows the sexual indiscretions and romantic entanglements of several aristocratic characters, presents love, desire, and nobility as distinctly double-sided coins: coming-of-age discovery vs. the wisdom of aging, and the thrill of pursuing new desires vs. noble self-sacrifice for the greater good. The score draws on a rich orchestral palette that would come to define the composer’s mature work.

7:30pm: The 519 Virtual Annual Gala Salah Bachir’s upcoming 65th birthday with a special virtual Annual Gala. Mr. Bachir has generously agreed to have his milestone birthday celebration as a fundraiser to support Toronto’s most vulnerable and marginalized LGBTQ2S community members. Proceeds of the Gala will directly enable The 519 to continue to support and provide services for marginalized and vulnerable LGBTQ2S communities.

A great line – up of Canadian and American talent from across the genres of Broadway, Blues, Pop, Jazz and Rock, we are thrilled to welcome:

And surprise appearances from some very special guests!

8pm: The Seth Concert Series hosts LaChanze is an award-winning actress who brings an exhilarating and electrifying presence to any stage she touches. Blessed with a powerful mezzo-soprano singing voice and a commanding presence, she consistently receives high praises from fans, peers and the industry at-large. Armed with the gift for dramatic storytelling, a sultry vocal dexterity and for bringing complex female heroines to life, audiences sit up and take notice of the actress whether in a hot Broadway production, television show, film or on concert stages.

Most recently, she starred in playwright Jack Thorne’s A Christmas Carol as the Ghost of Christmas Present/Mrs. Fezziwig. Prior, she originated the role of August in two-time Pulitzer Prize winner Lynn Nottage’s A Secret Life of Bees for which she landed an AUDELCO Award for Leading Actress in a Musical. She gave a spellbinding performance in the high voltage Broadway’s Summer The Donna Summer Musical. In creating the nostalgia of Donna Summer, she landed nominations for the 2018 Tony Award nomination for Leading Actress in a Musical, 2018 Drama Desk Award Outstanding Actress in a Musical and 2018 Drama League Award for Distinguished Performance Award.

LaChanze stepped onto stage 28 Broadway seasons ago, giving the original production of Once On This Island its beating and unforgettable heart, creating the role of lovelorn peasant girl Ti Moune. She won her first Tony Award for giving a voice to Celie, the unlikely heroine of Alice Walker’s The Color Purple, the musical’s original staging. Shortly after, she nabbed an Emmy Award for her riveting performance in the award-winning PBS special Handel’s Messiah Rocks: A Joyful Noise.

8pm: Broadway Sings For On Stage At Kingsborough Broadway Celebration with the Stars of Hamilton, Wicked, The Cher Show, Chicago, and many more!

Broadway performers will include:

Bryce Pinkham (A Gentleman’s Guide to Love and Murder)

Hugh Panaro (Phantom of the Opera)

8:30pm: Vineyard Theatre: Lessons in Survival a cohort of actors channel historic conversations, interviews and speeches, listening to original broadcasts on an in-ear feed and speaking exactly what they hear.

EP 6: “This Country’s My Problem and Your Problem”

In a 1968 interview turned debate with conservative commentator R.H. Darden, James Baldwin discusses the erupting racial tensions in the country and challenges mythologies of American history and institutions. Twenty-five years later, Toni Morrison speaks with Charlie Rose about the psychology of racism and whiteness as ideology.

Fueled by the urgency of our present moment, The Commissary, a multigenerational collective of more than 40 ​theatre artists, have come together to reinvestigate the words​ ​of trailblazing artists​ ​and activists ​who survived and created in times of revolution in our country​.

In bringing these words to new life in the present, they ask what these voices can teach us about our country now and the opportunity for true change that stands before us. How might they propel us to look courageously at the effects of systemic racism, to imagine ourselves outside of its prescriptions, and to create, together, a shared future of collective liberation?