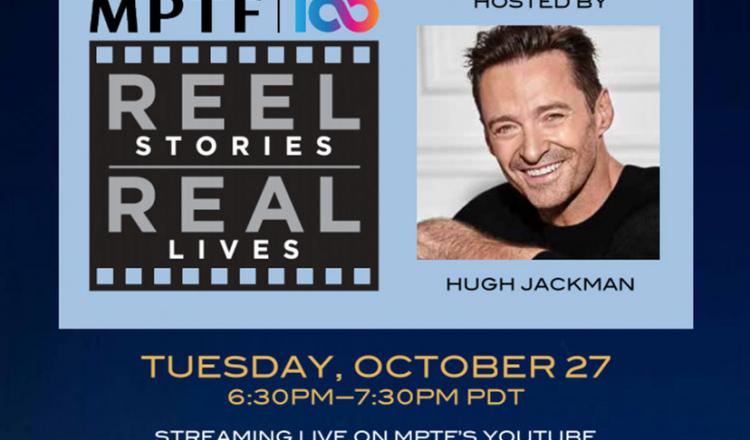 The performance will premiere at 6 PM ET and will be available to stream on demand through October 31 at 6 PM. Parks, Blain-Cruz, and the cast will participate in a talkback only available immediately following the broadcast.

7pm: A Touch of the Poet Irish Rep presents a digital production of A Touch of the Poet, Eugene O’Neill’s tale about the immigrant experience and generational aspiration, first performed in 1958. The cast and creative team from Irish Rep’s planned 2020 production, which was postponed due to Covid-19, have reconvened over Zoom to rehearse and reimagine the play for digital presentation.

7pm: Global Gab: Altruism from the Inside Out Rattlestick Playwrights Theater brings back the cross-cultural conversation series Global Gab.

Come ready to gab with Jody, Salma, and our special guests about altruism and being a helpful world community member.

Webster dictionary describes altruism as unselfish regard for or devotion to the welfare of others.

We have invited special guests Arian Moayed and Ty Defoe to join us for this conversation. Arian is the co-founder of Waterwell, a civic-minded and socially conscious non-profit theater and education company.

If you have been feeling helpless this pandemic, join us for this much-needed reprieve. We will be chatting about all things cultural, selfless and learn how to start practising altruism right from where we are.

7pm: LAO at Home: Learn at Home (Grown-Up Edition) By LA Opera Join host Jeremy Frank (LAO’s associate chorus master) at the piano, pour yourself something tasty to drink, and enjoy this week’s Halloween-themed episode of Opera Happy Hour, for a look at the craziest deaths in opera.

Expect to hear highlights from Ms. O’Hara’s Broadway career, songbook favorites, as well as original songs written by herself and her husband Greg Naughton. The outdoor concert was recorded live at the Riverside Yacht Club in Connecticut on September 12, 2020 in front of a small, socially distanced audience.

Concert proceeds support The New York Pops orchestra and our PopsEd music education programs. Your additional donation will help us to keep the music playing online until we are able to return to the concert hall and the classroom.

7:30pm Handel’s Agrippina Handel’s breakout opera masterpiece, Agrippina offers a wryly satirical look at the political maneuverings and personal entanglements of the Roman emperor Claudius, his cadre of advisers and hangers-on, and his cunning wife, Agrippina. During the 2019–20 season, the Baroque black comedy had its long-awaited Met premiere in a new production by Sir David McVicar that updated the action to the present age.

8pm: Stars In The House: It’s a Reunion!  Join Seth and James as the cast of the Actors Fund Hair concert reunite with Julia Murney, Adam Pascal, Lillias White and Annie Golden.

8pm: The Producer’s Perspective Cheyenne Jackson: Join Ken Davenport and Cheyenne Jackson, star of stage and screen (Altar Boyz, Thoroughly Modern Millie, GLEE, Netflix’s Julie and The Phantom), to chat about all of his recent projects, how he’s been handling quarantine (especially with young ones at home), and more!