What To Watch October 30th To Take Away The Blue 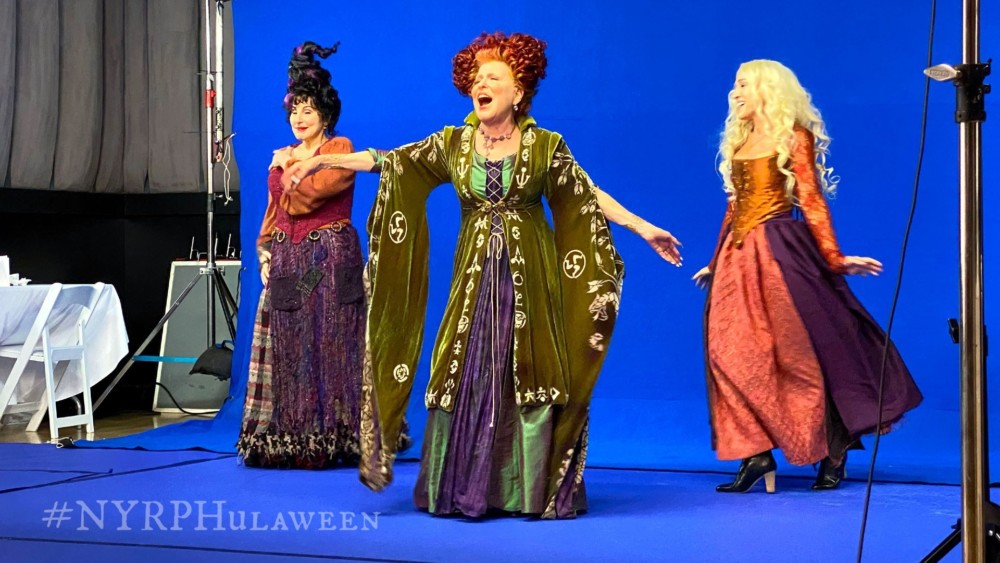 What To Watch October 30th To Take Away The Blue

Innocent Dreams Austin Scott, who plays Joe Scott in Broadway’s Girl From the North Country, will be heard in the new radio play Innocent Dreams.

Scott, who also starred in the title role of Broadway’s Hamilton, will play Davontae Sanford, who was arrested at 14 and coerced into a false confession for a quadruple homicide. He subsequently spent nearly nine years in prison before being exonerated.

The play is available to stream for free on Spotify, Apple Music, Podcasts, YouTube, and Soundcloud. Donations are encouraged to LOPATL.org.

Innocent Dreams, which serves as a call to action for change in the criminal justice system, will be available to stream for free on Spotify, Apple Music, Podcasts, YouTube, and Soundcloud October 30.

5pm: Virtual Halston: Bill Irwin Broadway actress/comedienne Julie Halston is coming to a laptop near you! After ranting and raving on stages and cocktail parties, the comedy queen continues her Virtual Halston series, a weekly hourlong gab-fest spotlighting her famous friends.

7pm: Christina Bianco: Crown Control Her new concert, “Crown Control,” features a special chat and will then be on-demand for 30 days on BroadwayWorld.Events. The “Radio Free Birdland” Concert Series will be presented on the BroadwayWorld Events streaming platform. Longtime Birdland staffers Ryan Paternite produces and directs and Jim Caruso serves as producer. With the help of the inimitable Brian Nash, Christina Bianco will channel your favorite vocalists through her uncanny impressions, versatile vocals, & spontaneous ‘unlikely interpretations.’

Fresh off her star turn as Fanny Brice in Paris, viewers can expect some Funny Girl classics, reinvented pop, standards and show tunes. Bianco captured international acclaim as a YouTube sensation with her ‘diva’ impression videos, gaining over 25 million views.

7pm: Shiner Play-PerView $5-$50. A grunge rock love story set in the spring of 1994, when two outcast teens (Susannah Perkins and Paul Pontrelli) make a pact to die happy. All they need to do before jumping off the 101 overpass is see Nirvana live in concert, but their plans are threatened by a first kiss, a restraining order, and Kurt Cobain’s ailing health.

7pm: LAO at Home: Living Room Recital By LA Opera Tenor Frederick Ballentine (an alumnus of the young artist program) partners with mezzo-soprano Fleur Barron and pianist Kunal Lahiry for a Halloween recital featuring songs that are creepy, kooky, mysterious and spooky—along with the hair-raising final scene of Carmen.

Over the course of three episodes you will learn how to balance a pandemic budget, whether or not you qualify for Penny’s sliding scale, and who to talk to if you need to escape the country.

Interwoven/intertwerked into these Master Classes is a cohesive overarching and affecting narrative about this person who is not and will never be Penny Marshall.

7:30: Mussorgsky’s Boris Godunov Widely considered the composer’s masterpiece, yet subject to revision by more than one famous successor (among them Rimsky-Korsakov and Shostakovich, many of whose “improvements” have since fallen out of style), Mussorgsky’s historical opera covers the turbulent interregnum period of early 17th-century Russia, when the title tsar, his son, and a Polish pretender to the throne were all jockeying for power. The resulting opera is nothing short of magnificent: a colossal vehicle for a star bass with King Lear-level acting chops, an exceptional cast of more than a dozen principals, and a bejeweled, bell-heavy coronation scene unequalled in the repertoire.

8pm and 10pm: Basement Broadway On Demand and JDN Theatricals will stream the 2019 premiere of Gunnar Montana’s immersive dance and horror production Basement for a string of four broadcasts; it will then be available to rent on demand beginning November 1.

The audio play, suggested by Welles’ 1938 radio adaptation, will use new technology to create a 360-degree soundscape of howls, bats, screams, creaky floors, slamming doors, and everything else that goes bump in the night.

8pm: War of the Worlds, Starring Jason Tam Keen Company’s 2020–2021 season, featuring a series of broadcasts, will launch October 30 at 8 PM ET with Howard Koch’s adaptation of War of the Worlds, made popular by the late Orson Welles. Initial casting includes Jason Tam (Be More Chill), Arnie Burton, Morgan Siobhan Green, and Khiry Walker. The production will feature original music by Paul Brill, and a talkback with the artists will follow the performance.

8pm: Stars in the House Join in watching “In Search of the Sanderson Sisters: A Hocus Pocus Hulaween Takeover,” Bette Midler’s annual fundraising gala in support of the New York Restoration Project.  It’s virtual this year.  Buy your tickets here!

9pm: Ecclesiastes: The Circus of Life Adrianna Hicks, Amanda Jane Cooper, Antoine L. Smith, Eryn LeCroy, and more take part in a one-night cabaret show that delves into the human experience of the pursuit for meaning, purpose and satisfaction with the backdrop being the whimsy, fantasy and illusion of circus life.

Ecclesiastes: The Circus of Life is written by Dustin Ceithamer.

Stephen SorokoffNovember 10, 2022
Read More
Scroll for more
Tap
Henry Winkler Gives Acting Advice at Vulture Festival – ‘If You Will It, It is Not Just a Dream’
Political Idol 2020 Stings and Sings Silly and Strong in a Stream of Parody and Party Politics