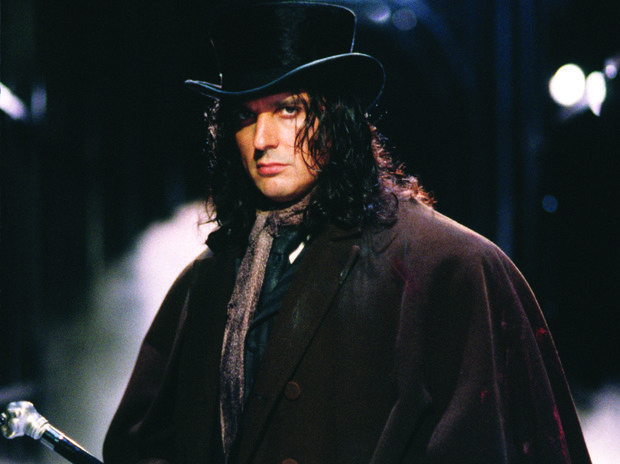 12pm: Star Studio: Chad Burris By Cape Playhouse teaches a class on dissecting and performing monologues. This episode: Learn the tricks of landing a laugh on Halloween with Chad Burris of Broadway’s Frozen and Mean Girls.

4pm: 44th Annual Village Halloween Costume Ball Theater for the New City (TNC) present this storied celebration again this year for the 44th time, but virtually. An evening of Halloween cabaret theater is planned, with six hours of performances to be broadcast October 31 from 6 PM for general audiences and 4 to 6 PM for young people.

Originally commissioned by the American Dance Festival in 1988, State of Darkness challenges Stravinsky’s cacophonous “Le Sacre du Printemps” (The Rite of Spring) with an intense 35-minute solo performance of relentless fervency, technical precision, and fearless abandon. Fenley reimagined the commanding score as the sonic landscape for a solo journey, rather than the usual ensemble interpretations.

7pm: A Blue Moon Study by O-die Ars Nova. A 45-minute show created by Lim. As the veil slims this Holy Eve, absorb live footage of O-die’s full moon reading. Who’s O-die? a voice, a monster… Imagine the essence of Walter Mercado filtered into a deformed Octopus-elder with a British accent, and you’ve imagined O-die.

7:30: John Corigliano’s The Ghosts of Versailles Commissioned by the Met in 1980, John Corigliano’s The Ghosts of Versailles takes as its jumping-off point Beaumarchais’s La Mère Coupable (The Guilty Mother), the final entry in the trilogy of plays that began with The Barber of Seville and The Marriage of Figaro. But in a triumph of imagination, Corigliano and librettist William M. Hoffmann set their scene in an otherworldly version of Louis XVI’s court, populated by the ghosts of familiar figures such as Marie Antoinette, Count Almaviva, Figaro and Susanna, and Beaumarchais himself. Despite the modern twist, however, the opera revels in the same intrigues and hijinks that turn the gears of Mozart’s and Rossini’s earlier Beaumarchais adaptations.

The audio play, suggested by Welles’ 1938 radio adaptation, will use new technology to create a 360-degree soundscape of howls, bats, screams, creaky floors, slamming doors, and everything else that goes bump in the night.

8pm: Macbeth: A Surround Sound Experiment Shakespeare’s tale of political ambition re-imagined as a virtual, immersive auditory experience. Directed and adapted by Joseph Discher, the audio event, featuring an immersive soundscape by Will Padilla, is designed to be listened to by candlelight with headphones.

8pm: New York Neo-Futurists: HalloWrench a monthly collection of Neo-Futurist digital experiments presented in random order. As Neo-Futurists, we still are who we are, where we are, doing what we’re doing. The main difference? You can join us wherever you are. In your house. On the road. In the bathtub. We won’t tell. If you’ve seen The Infinite Wrench, our award-winning, ever-changing attempt to perform 30 plays in an hour, you know that if you’ve seen the show once, you’ve seen the show ONCE! With CyberWrench, we expand beyond the theater and invite you to come play with us.

8pm and 10pm: Basement Broadway On Demand and JDN Theatricals will stream the 2019 premiere of Gunnar Montana’s immersive dance and horror production Basement for a string of four broadcasts; it will then be available to rent on demand beginning November 1.