What To Watch October 8th To Take Away The Blues 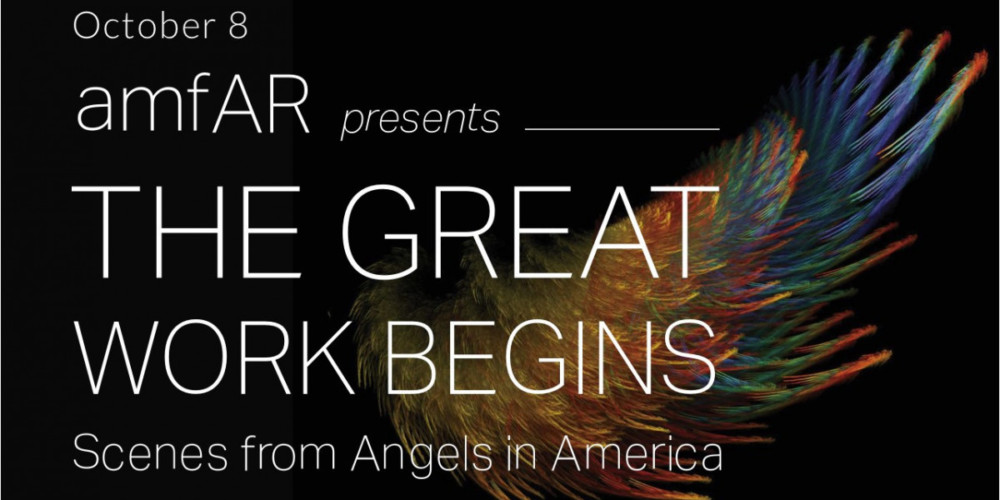 What To Watch October 8th To Take Away The Blues

1pm: Why We Tell the Story: Climate Storytelling By Broadway Green Alliance. How can theatre be a powerful agent for change in a turbulent world? As theatre makers, we can inspire action and foster dialogue about our global climate crisis through the way we make our art, and through the art we make.

Join us for this session with Chantal Bilodeau, playwright and Founder/Artistic Director of The Arctic Cycle, as we dive into the power of storytelling.

Chantal will discuss Climate Change Theatre Action, a biennial initiative that presents a series of worldwide readings and performances of short climate change plays. We will explore ways for playwrights, performers, producers, crew and audiences to get involved in work about the climate crisis and what it means to use theatre as a tool to empower a positive vision for the future.

The new commission, available to stream October 8–December 31, follows the 1970 mission that was meant to be the third to reach the moon. After an oxygen tank malfunction and momentary loss of communication with ground control, the spacecraft instead looped around the moon, and the three-member crew safely returned to Earth.

7pm: BPN Town Hall: My Broadway Memory with guests Kait Kerrigan & Ryan Haddad By Broadway Podcast Network. Broadway Memory, a new live, visual podcast — a celebration of memorable experiences at the theatre with Broadway’s biggest names. During each episode, a guest will choose a Playbill from their collection at random and take a trip down memory lane. In addition to discussing the actual show, Michael, Brian, and guests will discuss the headshots, ads, and other traits that make a Playbill a time capsule of Broadway history.

Michael and Brian are calling out to theatre fans everywhere to join in on the fun by creating their own My Broadway Memory videos and sharing them to Instagram or Facebook. Be sure to tag @MyBroadwayMemory and use use the hashtag #MyBroadwayMemory.

7pm: Flavors of Magic By The Tank The Tank and the Society of Magicians present Divinely Diverse Deceptions!  An international cast of magicians will perform a new show every other Thursday, bringing you into their home studios for grand illusions, minor miracles, and feats that defy the laws of nature.  Some of the magic will even happen in your hands at home!  There is something for everyone in Flavors of Magic- featuring all kinds of magicians doing all kinds of magic.

7pm: Quarantine Cabaret and Cocktails produced and hosted by entertainer and LML Music founder, Lee Lessack, and actor and frequent SNL regular, Robert Bannon. The duo hosts a star-studded group of performers every week with laughs, music, and stories. This week Megan Hilty and her husband Brian Gallagher and the creators of Six.

7:30pm: The House in Scarsdale by Dan O’Brien. Directed by Christian Parker, with Dan O’Brien and Alex Draper“…a dense poetic piece of storytelling with Irish-American trappings. It elicits a kind of sorrowful laughter and will resonate with anyone with a troubled personal past.”Stage Raw “Dan O’Brien has written an American gothic tale on a par with Pulitzer Prize winner Sam Shepard’s best works.”TheaterMania

7:30pm: Wagner’s Die Walküre The second installment of the Ring cycle, Die Walküre is the most popular and most self-contained episode in the epic tetralogy. It combines the mythical machinations of gods and demigods with the deeply human love story of the brave hero Siegmund and the dignified Sieglinde, whose passion is undiminished even when they discover that they are long-lost brother and sister, separated at birth. It also features one of opera’s most touching father-daughter relationships—that between Wotan, king of the gods, and his warrior-maiden daughter Brünnhilde, leader of the Valkyries.

8pm: The Great Work Begins: Scenes from Angels in America This benefit for Amfar features Glenn Close as Roy Cohn, Lois Smith as
the young Mormon wife Harper Pitt, as well as Nikki James, Patti LuPone, Daphne Rubin Vega, and playwright Jeremy O. Harris, among many others. It will be presented on Broadway.com.