What To Watch September 12th To Take Away The Blues 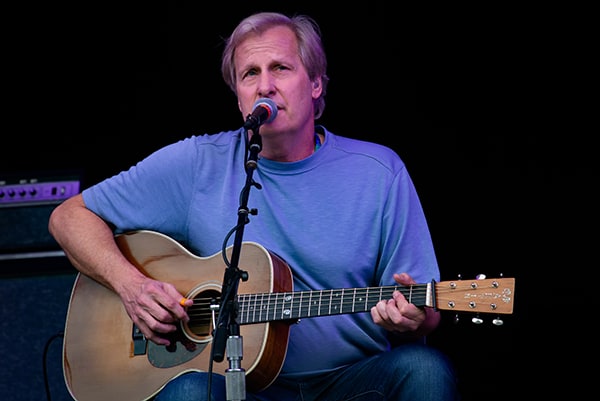 What To Watch September 12th To Take Away The Blues

1pm: Sleep Apnea Invisible Dog. Static apnea is the term for when a person holds their breath (apnea) underwater for as long as possible. One audience member, surrounded by a tunnel of blue light, descends towards a single performer behind a wall of glass. In a 9 minute and 2 second performance – the female record for static apnea – this performative installation explores how far one might be willing to go to save a life. Tickets are free. Reservations for specific entry times can be made at theamericanvicarious.org.

1:30 and 7:30pm: ABCirque: Different Trains Steve Reich wrote ‘Different Trains’ while contemplating his childhood trips between New York and Los Angeles in the 1940’s. As a Jewish man, it occurred to him that similar train trips in Europe during that time had a very different and haunting implication. This adaptation explores that implication in three movements, where Brooklyn’s top professional circus troupe, ABCirque, depict the ups and downs of a family before, during, and after the holocaust. Through use of the redoubtable German Wheel and aerial choreography, ‘Different Trains’ breaks the fourth wall by inviting the audience to a brief ceremony prior to the show, and placing them close to the performance area during each movement. The intimate setting, impactful quartet, and heart wrenching performances allow ‘Different Trains’ to dive deep into the emotional capacity of everyone involved, striking a chord that resonates with the music’s inspiration. With deeply personal and urgent lessons from the past, ‘Different Trains’ hopes to bring action againt antisemitism and open a dialogue promoting community, support, and change for our present and future.

5:30 and 10pm: Transcendence Theatre Company Annual Gala Musical Fundraiser For the fourth and final production in their 2020 Best Night Ever Online Virtual Season, Transcendence Theatre Company is pulling out all the stops and will present a night of unforgettable song and dance with their Annual Gala Musical Fundraiser, September 11th through 13th.

For this grand finale, the Transcendence artistic team viewed over 1,000 performances from the last eight seasons to create a video compilation of “the best of the best” musical performances, featuring Broadway stars from Tina: The Tina Turner Musical, School of Rock, Avenue Q, Come From Away, and Frozen.

The celebration will also feature new footage from company musicians and dancers.

September 9–13: #NWORD by Christian Elder and directed by Vincent Scott

7:30: Berlioz’s Les Troyens In the week’s second Berlioz epic, the ever-daring French master takes on the aftermath of the Trojan War and Aeneas’s exploits in Carthage, by way of Virgil’s Aeneid, in a five-act magnum opus that stands as one of the most ambitious works in the operatic canon. Director Francesca Zambello rises to the challenge with a striking production that gets to the heart of the drama with sophisticated, symbolic visuals.

8pm: Stars in the House: Best of, Part 2  Seth and James continue the celebration sharing more “best of” clips and special guest stars from the last six months.

8pm: The Billie Holiday Theatre: 12 Angry Men…and Women: The Weight of the Wait The Billie Holiday Theatre presents its mainstage fall presentation for 2020 online with 12 Angry Men . . . and Women: The Weight of the Wait in partnership with The New Press. It will feature select stories from the acclaimed book 12 Angry Men: True Stories of Being a Black Man in America Today(The New Press, 2012), as well as an original story that focuses on the killing of Breonna Taylor.

The staged reading features an award-winning cast, including Lisa Arrindell (The Immortal Life of Henrietta Lacks, Saints & Sinners, Cat on a Hot Tin Roof on Broadway), Billy Eugene Jones (A Soldier’s Play on Broadway and Much Ado About Nothing at Shakespeare in the Park), and Wendell Pierce (Death of a Salesman – London, The Wire, Tom Clancy’s Jack Ryan, and Between the World and Me)  with live music by renowned violinist,  Daniel Bernard Roumain and a musical overture performed live by The New York Philharmonic.

12 Angry Men . . . and Women  presents select stories of everyday people subjected to racial profiling, based on The New Press book edited by Gregory S. Parks and Matthew W. Hughey. While accounts of the stinging experience of racial profiling have been passed down as a contemptible legacy to generations of African American men, women, and children, recent high-profile cases have drawn outrage and protests across the country, challenging local and national politicians and law enforcement agencies to acknowledge the urgency of ongoing racial injustices.

8pm: Seacoast Rep: The Bus Stop The Bus Stop centers around the lives of five black women who although are very different, each have one thing in common, a loved one who is incarcerated. Although these women have varying backgrounds, meeting at the bus stop and forming a relationship with each other changes their lives forever. The effects that incarceration has on the black community are not a foreign concept for the playwright, as his own father was incarcerated for the majority of his childhood.

8pm: William Peterson University: Jeff Daniels Online and Unplugged With the world’s current happenings keeping us from getting together, we look for different ways to connect. Emmy Winning, Tony and Golden Globe Nominated actor Jeff Daniels invites you to join him for an intimate live streamed concert full of original music, pointedly funny and poignant songs, stellar guitar work and stories from his long career, all from your own front-row seat.

Between his over sixty movies, Emmy winning television and most recent Tony Nominated work on Broadway as Atticus Finch in To Kill a Mockingbird, Daniels found time to play over five hundred clubs and performing arts centers in the U.S. including such venues as New York City’s 54 Below and Birdland, the City Winery in New York and Nashville, Chicago’s Old School of Folk Music, and many other prominent music venues. He has studied with Stefan Grossman and Keb Mo, and has shared stages with Lyle Lovett, John Hiatt, Christine Lavin, Bruce Hornsby, and David Bromberg.

8:30pm: Two-Headed Dreams Join Zabrecky and his friends Penn & Teller, Michael Carbonaro & Peter Stickles, Puddles Pity Party on September 12th for Two-Headed Dreams, a live magic show and interactive extravaganza. Watch closely when two time “Close-Up Magician of the Year” Mike Pisciotta creates some true magic between his fingers. Fall under the spell of Liberty Larsen and let her lure you into the enchanting version of her Two-Headed Dreams.

10pm: American Conservatory Theater: In Love and Warcraft  American Conservatory Theater. In Madhuri Shekar’s play, college senior Evie prefers the online role-playing game World of Warcraft to real life. In the game, she’s a fearless warrior with a boyfriend. In real life, she ghostwrites love letters for people, even though she’s neither been in love. When Evie becomes attracted to her client Raul, she must decide whether or not to let her powerful and sexy warrior character out in the real world. Live performances 9/4, 9/5, 9/11, 9/12, in which you can chat, or on-demand 9/18 – 9/25

WriterMay 20, 2022
Read More
Scroll for more
Tap
T2C Remember’s 9/11 and a Time Our City Came Together
The Glorious Corner