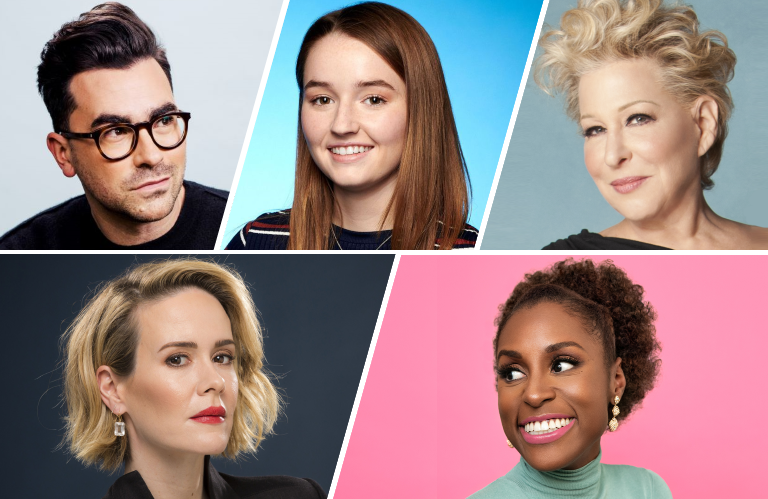 3pm: The Seth Concert Series: Jeremy Jordan Jeremy Jordan recently starred on Broadway opposite Kerry Washington in the provocative new play, American Son, and then reprised his role in the Netflix film adaptation of the show. Next up is his lead role as seminal record producer and Casablanca Records founder Neil Bogart in the feature, Spinning Gold, and starring as Seymour in the New York production of theiconic Little Shop of Horrors. Other films include The Last 5 Yearsopposite Anna Kendrick, Joyful Noisewith Queen Latifah and Dolly Parton, and Newsies. His TV work includes series regulars on CW’s “Supergirl”, NBC’s “Smash” and Disney Channel’s “Tangled”, and guest starring on “The Flash,” “Elementary” and “Law and Order: SVU.” Other Broadway shows include his Tony-nominated starring role in Newsies, playing Clyde in Bonnie & Clyde(Theatre World Award), starring as Tony in West Side Story, and playing leads in Rock of Agesand Waitress. Follow @JeremyMJordan for concert and music updates.

5pm: Twilight: 2020 By Signature Theatre Company Anna Deavere Smith invites guests to have candid conversations about how the protests for the arrests of George Floyd’s killers and resurgence of the Black Lives Matter movement echo the events around the arrest and beating of Rodney King revisited in her play, Twilight: Los Angeles, 1992.

In the first installation, nearly 30 years later Anna interviews Twilight Bey, the activist for whom Twilight: Los Angeles, 1992 is named after and whose monologue closes the play. He is the lead Social Intervention Specialist and co-founder of the London based The Social Solutions Institute for Research & Development.

6pm: Cabaret Conversations: Karen Mason By 92 Y Michael Kirk Lane curates a series of conversations about the art form of cabaret in New York City. Welcoming performers, directors, and journalists, these conversations will delve into the history and current state of this unique performance style. Each conversation will also include a Q&A session for the participants.

Join Broadway, off-Broadway, television, and recording artist Karen Mason, who has starred as The Queen of Hearts in Wonderland and originated the role of Tanya in Mamma Mia!, among other credits.

The special presentation spotlights five distinct characters across the United States grappling with the pandemic and the politics that surround it. Hear the cast’s reflections on the film’s exploration of our yearning for connection amidst divided politics and learn what it’s like producing a work about life in quarantine—with a cast and crew in quarantine.

7:30pm: Donizetti’s Don Pasquale Otto Schenk’s enchanting production, conducted by James Levine and featuring a remarkable cast. The incomparable Anna Netrebko is Norina, the young widow beloved by Ernesto (a suave Matthew Polenzani), who is about to be disinherited by his miserly uncle, Don Pasquale (John Del Carlo). It takes the clever scheming of Dr. Malatesta (Mariusz Kwiecien) to set things right and to teach the old curmudgeon a lesson—fits of temper, mistaken identities, and all kinds of comic confusion included. From November 13, 2010.

7:30: The Revenger’s Tragedy Red Bull Theater through September 18th. Corrupt government, hypocrisy, abuse of power, adultery, murder, the death penalty, acts of vengeance, violence and vigilantism–Jacobean tragedy, or the headlines of The New York Times? This mesmerizing thriller, written a few years after Hamlet, is a searing examination of humankind’s social need for justice and our animal desire for vengeance.

8pm: Bindlestiff Open Stage Variety Show: Quarantine Edition is breaking out of the confines of a theater, and coming to you in the comfort of your own home. Jump online for a night of variety that will include much more than a simple song and dance.

Hosted by Keith “Bindlestiff” Nelson, the special Quarantine Edition deals with social distance and isolation head on. Using the tools of video conferencing, Bindlestiff’s Open Stage will feature each act live in their own location.