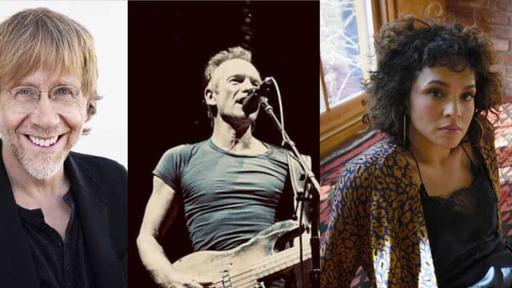 6pm: Classic Conversations: Ben Brantley By Classic Stage Company The series continues with The New York Times’ Co-Chief Theater Critic Ben Brantley, who recently announced he was stepping down from his post in October.

A look at education, systemic racism, poverty, and the transformational power of chess, Critical Thinking also showcases Leguizamo’s talent as both actor and director. Don’t miss his conversation with Ruffalo about adapting the story for film, working with young actors, stories from behind the scenes, and more.

7pm: BPN Town Hall: My Broadway Memory with guests Jennifer Ashley Tepper & Joe Iconis By Broadway Podcast Network My Broadway Memory, a new live, visual podcast — a celebration of memorable experiences at the theatre with Broadway’s biggest names. During each episode, a guest will choose a Playbill from their collection at random and take a trip down memory lane. In addition to discussing the actual show, Michael, Brian, and guests will discuss the headshots, ads, and other traits that make a Playbill a time capsule of Broadway history.

Michael and Brian are calling out to theatre fans everywhere to join in on the fun by creating their own My Broadway Memory videos and sharing them to Instagram or Facebook. Be sure to tag @MyBroadwayMemory and use use the hashtag #MyBroadwayMemory to have a chance at being featured on the Broadway Podcast Network site.

7pm: Gregory Harrington: A Concert from the Irish Rep Stage By Irish Repertory Theatre Irish Repertory Theatre is excited to announce the return of this anticipated event as an online concert from the Irish Rep stage! Joined by cellists Eleanor Norton and Philip Sheegog, Harrington will kick off our Digital Fall Season with an Irish themed concert of new arrangements of traditional Irish and Celtic influenced tunes ranging from “Shenandoah” and “The Parting Glass” to “The Last Rose of Summer” and a special take on O’Corolan’s “Concerto.”

7pm: Two River Rising Reading Series: Seven Homeless Mammoths Wander New England Playwright-in-residence, Madeleine George began her relationship with Two River nine years ago with the world premiere production of her play Seven Homeless Mammoths Wander New England, a deliciously smart and funny “academic sex comedy” about life in a small university town. In George’s play, Dean Wreen’s college is in dire financial straits, and a plan to close its on-campus natural history museum is sending unexpected shock waves in every direction—just as the Dean’s ex-girlfriend has come back into her life. This definitely complicates things with her much younger girlfriend, Andromeda. Neither budget cuts nor the shadows cast by seven about-to-be-homeless mammoths are any match for the sweet taste of romance in this hilarious and deeply moving play.

7pm: Bulrusher Paula Vogel’s Bard at the Gate through September 20
A swoon-worthy cast gives a reading of Eisa Davis’ Bulrusher. Found floating in a basket on the river as an infant, Bulrusher is a multiracial orphan with a gift for clairvoyance that makes her feel like a stranger even amongst the strange residents of the redwood country north of San Francisco in 1955. Then a black girl from Alabama comes to town. Paula Vogel writes of this play: “2006 we voted unanimously for Eisa Davis’ BULRUSHER for the Pulitzer. The Board gave it to Rabbithole. Last night I heard a reading of this play by great actors. I wept. Such grace about race, such an embrace of our humanity.”

BPN will host the campaign’s launch event: a Town Hall-style virtual conversation titled What’s Your Why, exploring the many reasons to vote and how to do so. In addition to Dixon and O’Malley, the event will feature appearances by Tony winners Lin-Manuel Miranda, James Monroe Iglehart, Nikki M. James, and Gavin Creel, Tony nominees Andrew Rannells and Adrienne Warren, and Celia Rose Gooding, Julia Murney, and Patti Murin.

8:30pm: The Living Room Play Workshop By The Old Globe Learn how to write, develop, design, direct, and present your own “Living Room”-inspired short plays in a final live-streamed site-specific presentation.

9pm: DO RE #METOO A virtual concert of badass feminists led by Laura Benanti, Peppermint and Margaret Cho covering the most sexist songs ever written!