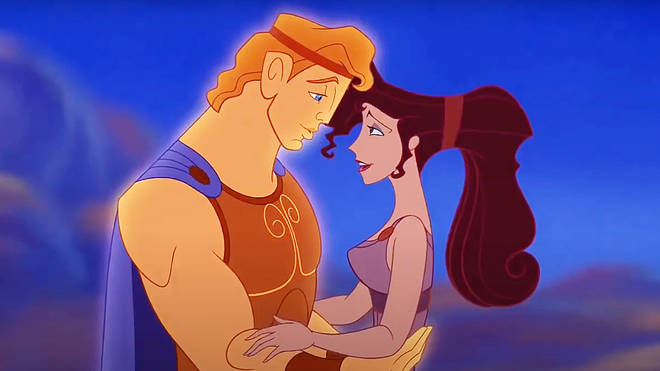 11am: Unbought & Unbossed: Reclaiming Our Vote By National Black Theatre After its critically acclaimed partnership with Park Avenue Armory for 100 YEARS | 100 WOMEN, National Black Theatre continues to uplift and focus on voter rights and the 100th Anniversary of the 19th Amendment with a curated digital series called, Unbought & Unbossed: Reclaiming Our Vote.

1pm: Budd Mishkin in conversation with Robert Klein By National Yiddish Theatre Folksbiene This enlightening and engaging conversation, led by journalist Budd Mishkin, focuses on the life and career of Bronx-born actor, singer and comedy legend Robert Klein. The event is being presented between Rosh Hashanah and Yom Kippur.

2:30pm: Martha Matinee: The Eve Project By Martha Graham Dance Company Finale of “The Eve Project,” the company’s celebration of the 100th anniversary of the ratification of the 19th Amendment, which gave women the right to vote.

A film by Julien Bryan of Martha Graham in her masterwork Frontier from 1935 will be presented. The matinee will also include the premiere of 19 Poses for the 19th Amendment, a montage of submissions from the Company’s Instagram challenge. The competition asked people to replicate poses of Graham and highlighted her revolutionary approach to representing women onstage. Winners of the challenge will be announced.

2:30pm: Romantics Anonymous Bristol Old Vic through September 26
A musical composed by Michael Kooman that tells the fragile love story of Angélique is a gifted chocolate maker crippled by social anxiety and Jean-René, the awkward boss of a failing chocolate factory. Livestreamed from the stage by a cast that has quarantined together

3pm and 8pm: Irish Repertory Theatre: Belfast Blues a tapestry of autobiographical stories told from Geraldine Hughes’s perspective as a little girl coming of age in the war-torn Belfast of the 1980s. These stories bear insightful witness to the many faces of “trying to live a normal life” amidst the violence born of the longstanding conflict between Catholics and Protestants.

5pm: Inside the Rehearsal Zoom By Signature Theatre Company Black Girls Do Theater are thrilled to announce the second installment of Inside the Rehearsal Zoom – a conversation series designed to bridge the gap for emerging artists to converse and interact with Black playwrights, actors, directors and designers. Moderated by Black Girls Do Theater founder Renee Harrison, artists will engage in a conversation about the development and execution of their craft whether that be acting, directing, or design!

Alan C. Edwards and Steve H. Broadnax III reflect on Signature’s 2020 production of Katori Hall’s The Hot Wing King. This live event will be a closed affinity space for Black-identifying artists and audience members only. We’re proud to offer affinity events for underrepresented community members to connect and heal through their shared experiences. Portions of the recorded event will be available for public viewing after the event is complete.

7pm: Brave Hearts for Broadway: Let Us Entertain You Dozens of Broadway stars will make cameos thanking frontline workers in the theatre industry.

The project, presented by Brave Hearts for Broadway to benefit The Actors Fund, was conceived by registered nurse, playwright, and producer Michael E. Merritt. Virtually uniting over 120 people from 11 different countries to support and uplift theater professionals, Merritt organized The Frontline Choir and Friends to create the special video.

The Frontline Choir will sing and dance to original songs written by Matt Cusson, Terron Brooks, Elisa Nicholas and Andrew David Sotomayor. Let Us Entertain You is choreographed by Kathleen Brazie and John Scott.

Inspired by their mutual role model Nina Simone and her thoughts on the artist’s duty to reflect contemporary issues, Legend and Tillet will discuss art and social justice, the roots of Legend’s activism, and what he believes the responsibilities of artists are at this critical moment in American history.

The virtual conversation will be free of charge and extends the non-profit theater’s commitment to using its internationally renowned stage to amplify Black voices and present programming that advocates for the safety, dignity, and justice of Black people worldwide.

7pm: Music Conservatory of Westchester’s Virtual Gala A star-studded roster of Broadway stars, Grammy Award-celebrated musicians, and Emmy Award-honored actors are coming together virtually to support the Conservatory in its virtual fundraiser to celebrate the power of music in our community.

2020 award honorees for their Achievements in the Arts are Christine Ebersole, Phylicia Rashad, and Fred Armisen.

A Walk On The Moon
Book and additional lyrics by Pamela Gray, music and lyrics by Paul Scott Goodman
Directed by Sheryl Kaller, choreographed by Josh Prince, and music supervised by Greg Anthony Rassen
Featuring Jackie Burns
A Walk on the Moon transports audiences to the summer of 1969 as man is about to take his first steps on the moon. Pearl Kantrowitz, a dutiful housewife, is spending another season with her husband and family in the Catskills. Sensing the change in the air, she begins a love affair with a free-spirited traveling salesman.

We Live In Cairo
Book, music, and lyrics by The Lazours
Featuring Daniel Lazour and Patrick Lazour
Inspired by events in Egypt in 2011, We Live In Cairo follows six revolutionary students armed with laptops and cameras, guitars, and spray cans as they come of age in contemporary Cairo.

7:30pm: Puccini’s Manon Lescaut When he set out to write a new opera based on the same irresistible heroine that inspired Massenet’s popular Manon, the young Puccini was undaunted by the risk of provoking comparisons. As he explained: “Why shouldn’t there be two operas about Manon? A woman like Manon can have more than one lover.” And in his take on the alluring young country girl who becomes the toast of Paris before suffering an ignominious end, the composer came through with a masterpiece equal to Massenet’s, trading the French composer’s urbane elegance for overwhelming emotionality.

The reading of Three Viewings will premiere on September 23 and will be available for viewing for a limited period of 96 hours only through September 27.

8pm: Baking with Broadway By Playbill Jared Sullivan and Stephen Lowry of Showboy Bakeshop in Las Vegas, Nevada (who have appeared on Food Network’s Cake Wars, Cupcake Wars, and Wedding Cake Championship) are joining us to share their love of desserts and Broadway, while teaching us all a thing or two along the way.

Join the Playbill community for a fun filled hour of decorating and socializing, including some informative quick fire questions and hilarious kitchen gaffes.

8pm: The Tank: Salt, Fat, Ashes, Heat In exploration of an archive of blackness in everyday day life, Eva Margarita’s Salt, Fat, Ashes, Heat digests the idea of consuming the other. Done through a cooking practice, this conjuring aims to trace the cyclical flow of gathering, knowledge, and mourning for black folks across the Americas. Taking an endo-cannibalistic approach, Eva Margarita will cook and eat three different entrees with her father’s ashes to not only honor his spirit but to show how communities pass on knowledge through a practice in eating and conjuring with one another. To consume the flesh is to commit to its history and it’s (re)invention. Taking place over the course of 12 hours, Salt, Fat, Ashes, Heat serves as a journey in memory, flesh, and the human need to accompany one another in life and in death.

8pm: “Testosterone” Germany, International Voices Project. This comedy offers a parable about toxic masculinities and the limits of liberal do-goodery in extreme times.