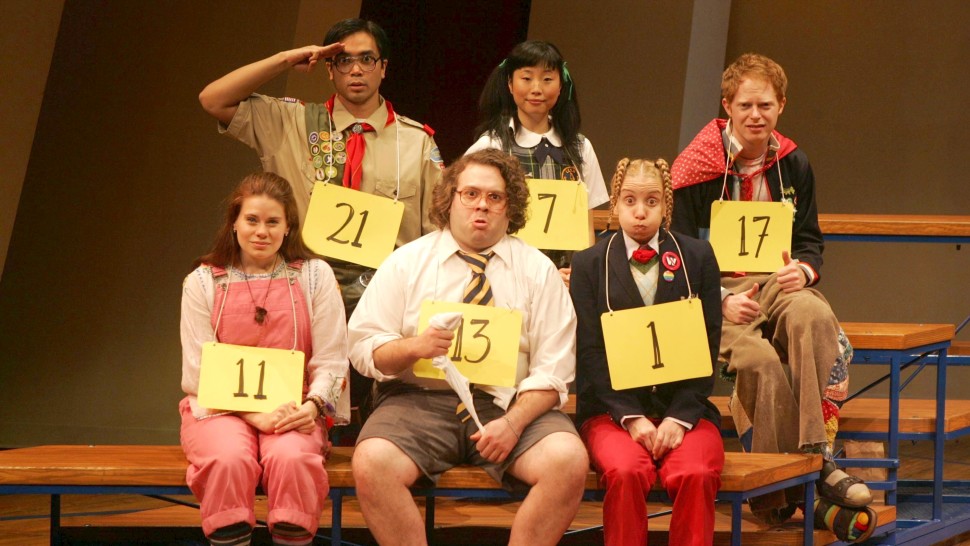 Analyze Zoom and Mom and Me Mile Square Theater A double feature last a total of 30 minutes. In the play by Nandita Shenoy, a therapist tells Priyanka ways to get out of her funk. In the play by Cary Gitter, Cam shares big news with his mother via Zoom from their respective quarantines. Until September 27th.

In addition to performers and performances from plays including Cadillac Crew, What the Constitution Means to Me, Sanctuary City, and Slave Play, as well as musicals Oklahoma!, Jagged Little Pill, 1776, Jeannette, and Letters to the President talk forward panels and keynotes, and a special session with the Broadway Advocacy Coalition, attendees will also have the opportunity to attend “Creativity In Action” sessions that pair talented guests with issue experts from a variety of organizations. Topics include:

“Creating a Culture of Consent” with Kathryn Gallagher, Celia Rose Gooding, and Ilse Knecht from the Joyful Heart Foundation

“Human or Nah? Racism and Anti-Blackness in Arts & Real Life” with Laurel Harris, Daniel J. Watts, and Latrina Kelly-James from the Center for Popular Democracy

1pm: Q&A with Gelsey Bell + Joseph White By HERE Arts Center. HARP artist Gelsey Bell, and composer Joseph White. Written and narrated by Gelsey and with music by Bell and White Cairns is the sound-walk for Green-Wood Cemetery that you can experience alone or with a friend, in NYC or from away.

2pm: The Shows Must Go On!: Fame the Musical The definitive 30th anniversary tour of Fame: the Musical, starring Keith Jack and Jorgie Porter with Mica Paris, from the Peacock Theatre in London’s West End. Available for 48 hours Only! Make sure you don’t miss out! Based on the 1980 phenomenal pop culture film, Fame The Musical is the international smash hit sensation following the lives of students at New York’s High School For The Performing Arts as they navigate their way through the highs and lows, the romances and the heartbreaks and the ultimate elation of life.

2:30pm: Bristol Old Vic: Romantics Anonymous Book by and directed by Emma Rice, with music by Michael Kooman and lyrics by Christopher Dimond

Angélique is a gifted chocolate maker overcome by social anxiety and Jean-René is the boss of a failing chocolate factory. When Angélique takes a job in Jean-René’s struggling factory, a fragile love affair unfolds. Funny, tender and painfully awkward, Romantics Anonymous is a delicious love story about breaking the mould and finding the courage to be happy.

The world premiere of Romantics Anonymous was originally produced by Shakespeare’s Globe for the Sam Wanamaker Playhouse by special arrangement with Radio Mouse Entertainment.

3pm: Best of Hoop From hoop diving to hoop dancing, the sheer balance and core-strength required to master this circus art is undeniable! Learn more about these stunning acts in this week’s Best of Hoop special.

5pm: Julie Halston: Virtual Halston Broadway actress/comedienne Julie Halston is coming to a laptop near you! After ranting and raving on stages and cocktail parties, the comedy queen will launch “Virtual Halston,” a weekly half-hour gab-fest spotlighting her famous friends. This week’s guests Ann Harada and Barrett Foa.

6:45, 7:45 and 9pm: Miranda: A Steampunk Opera LUMA, the country’s growing festival for art, tech and storytelling, will leverage its worldwide network of talent to reimagine how musical theater and opera are presented live in the era of COVID-19.

Miranda transports us to a dark American future where growing class disparities have reached epic proportions and the criminal justice system serves only as a parody of what it once represented. A wealthy socialite has died and three suspects’ lives are on the line. They’ll each testify in aria for a chance at freedom. The live audience serves as judge and jury–but can they even accept their own role at face value? Or has the game been rigged from the start?

The show’s leading cast members sing live as their full bodies are motion-captured in real time and mapped onto meticulously crafted digital avatars designed for this groundbreaking production.

Miranda: A Steampunk Theatre Experience combines the quality of performance and broad accessibility of a large Broadway theatre with the emotional connection that can only be achieved in a small, immersive production. The style of production also creates the possibility for live theatre to incorporate cinema-scale effects typically impossible to replicate on-stage. To present Miranda, Enhance VR and LUMA have developed an original live theater framework application built on industry-standard 3D gaming tools including Unity and Photon.

7:30: Puccini’s Tosca In his classic potboiler, Puccini stirs together some of humanity’s strongest motivating forces—love and loyalty, fear and cruelty—to create an operatic thriller that sinks its teeth into the listener with the opening chords and never lets go. Taking place in Rome in 1800, the story concerns a fiery yet devoted diva, the painter/revolutionary whom she loves, and a sadistic police chief determined to crush political rebellion and claim Tosca for himself. All three are among opera’s most indelible characters.

8pm: Irish Repertory Theatre: Belfast Blues a tapestry of autobiographical stories told from Geraldine Hughes’s perspective as a little girl coming of age in the war-torn Belfast of the 1980s. These stories bear insightful witness to the many faces of “trying to live a normal life” amidst the violence born of the longstanding conflict between Catholics and Protestants.

8pm: MIT’s Playwrights Lab: Crimson by Jackie Montante ’20. “Draw me like one of your French girls.” Petra is a frustrated artist who meets the mysterious Jet after suffering a great loss, only to find herself getting drawn into Jet’s dangerous world.

Michael Cavanaugh was handpicked by Billy Joel to star in the hit Broadway musical Movin’ Out. He received both Tony and Grammy nominations in the lead role. He was called “The New Voice of the American Rock and Roll Songbook” by Billboard and his album “The Way I Hear It” hit #17 on the Billboard HeatSeekers Chart.

10pm: Latino Theater Company: Just Like Us Based on Helen Thorpe’s bestselling book of the same name, this documentary-style play follows four Latina teenage girls, two of whom are documented and two who are not, through young adulthood. Their close-knit friendships begin to unravel when immigration status dictates the girls’ opportunities — or lack thereof.

Suzanna BowlingSeptember 24, 2022
Read More
Scroll for more
Tap
Artists in Residence Songs Dealing With These Times: Victoria Clark
My View: There Was Nothing Virtual About Paulo Szot at Birdland Last Night