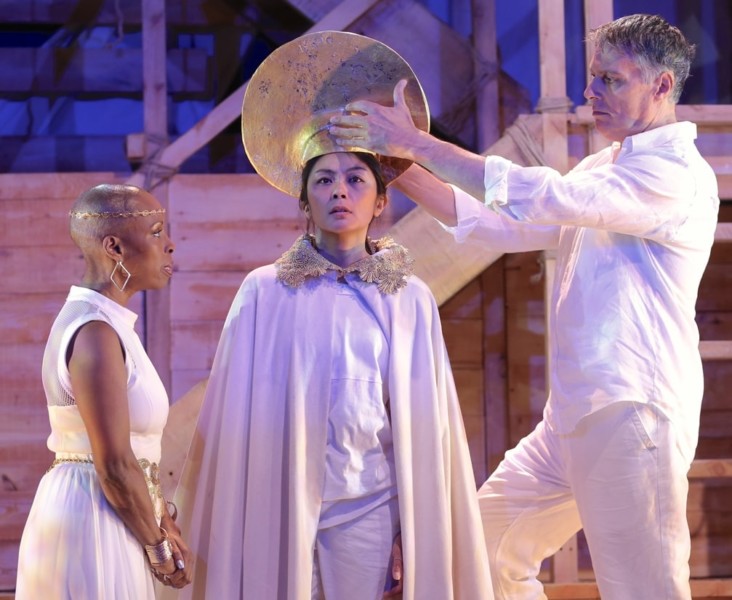 11am: Episode 4 of “Rappaport in Residence” or here This week’s guest is Deke Hazirjian. Be sure to click the “set reminder” buttons on the video pages if you are planning to watch live. You can also listen on Spotify and Soundcloud if you are unable to watch.

3pm: Irish Repertory Theatre: Belfast Blues a tapestry of autobiographical stories told from Geraldine Hughes’s perspective as a little girl coming of age in the war-torn Belfast of the 1980s. These stories bear insightful witness to the many faces of “trying to live a normal life” amidst the violence born of the longstanding conflict between Catholics and Protestants.

The performances were filmed over many years starting in 1990 at Steve McGraw’s and subsequently at Carolines on Broadway, Laurie Beechman Theater at West Bank Café and Don’t Tell Mama.

Jamie deRoy & friends will air on on Spectrum Channel 56, RCN Channel 83, and Verizon FIOS Channel 34, as well as on East Hampton LTV Channel 20 at later dates.

Past shows can be seen on here.

7:30: Puccini’s La Bohème As classic as opera gets: the most-performed work in Met history in the company’s most-performed production, but late director Franco Zeffirelli. An archetypal tragedy filled with gorgeous and deeply affecting music, Puccini’s timeless tale of love, camaraderie, jealousy, and loss in the garrets and cafés of bohemian Paris has reliably enchanted—and devastated—audiences since its 1896 premiere.

Pig Iron Theatre Company: Zero Cost House Reimagined Toshiki Okada’s Zero Cost House Zero Cost House charts Toshiki’s physical and ethical journey through that time. And Toshiki’s writing–as deeply interior as Samuel Beckett’s, and with a flair for the super-casual that reminds you of Annie Baker–seems ideally suited to Zoom. Toshiki’s company in Japan is called “chelfitsch”–a play on the English word “selfish.” His characters always have one eye on themselves–which, when you think about it, is what we all are doing on Zoom these days.